Paprec-Virbac 2 led the Barcelona World Race Barcelona World Race #barcelonaworldrace fleet into the Atlantic overnight on Wednesday night, winning the first stage of the race in the process. The opening leg carried a prize of 60 cases of Estrella Damm beer for the first boat to reach Gibraltar, and the Franco-Irish duo of skipper Jean-Pierre Dick and co-skipper Damian Foxall were just able to squeeze past PRB to claim the stage win, crossing through the gate at 02:25 GMT (see below for an explanation on the scoring).

"Yesterday, upwind in the last stretch of the Alboran Sea, we were following PRB and positioned ourselves right behind them for the last tack off Malaga - trying to catch a shift close to shore. That’s where we were able to overtake them," Damian Foxall explained, recounting the passing move that won them the beer.

PRB has since regained the lead, taking a more direct route south towards the Canaries, while Paprec-Virbac 2 elected to head further west initially.

Behind the top pair, Estrella Damm (at 07:33 GMT), and then Tenemos II (at 09:59 GMT), were next to leave the Mediterranean behind, crossing into the Atlantic with a handy 20 mile lead over the next group of boats.

Happiest among that trailing group were likely to be the lads on Veolia Environnement Environnement and Mutua Madrileña who snuck past Delta Dore and Hugo Boss overnight.

Jean-Luc Nélias reported in from Veolia Environnement Environnement shortly after crossing through the gate at Gibraltar : "We’re trying to work with good spirits, and are happy to have caught up...Last night there was a hole with no wind, and the first two fell into it. Ourselves and Mutua Madrileña went south to avoid it but Hugo Boss and Delta Dore were trapped a little bit..."

As happy as they were, the other pair or crews were despondent : "What a dreadful night," said Sidney Gavignet from Delta Dore. "Already feeling tired and trampled on, the 06:00 position report literally finished us off. We weren’t able to get ourselves out of the calms that were caused by the low-pressure system.We have to get ourselves out of the Mediterranean and get into a good rhythm. But whatever I say it is not a nice feeling."

Meanwhile, still well back in the fleet is Educación sin Fronteras...it appears as if Servanne Escoffier and Albert Bargués have at least one more night in the Med.

The passage into the Atlantic doesn’t mean things immediately get easier. The trade winds the fleet would normally expect to pick up over the next few days simply aren’t there and the weather situation remains complex over the coming days. Next up - the Canary Islands.

A total of eight gates will break the course down to nine portions, but the overall result will nevertheless remain on elapsed time - the prizes awarded at each gate will have no bearing on the final result overall result - the first back is the winner !

Skandia Cowes Week : Will Greenwood wins around the Isle of Wight 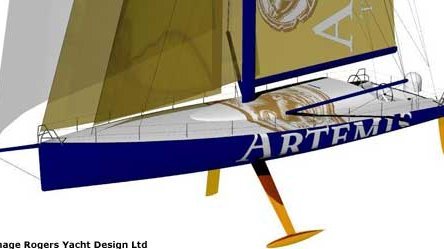 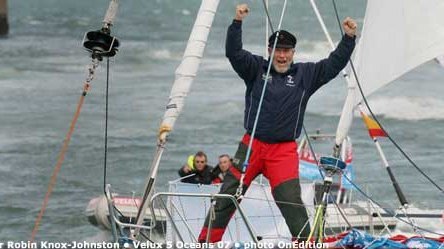