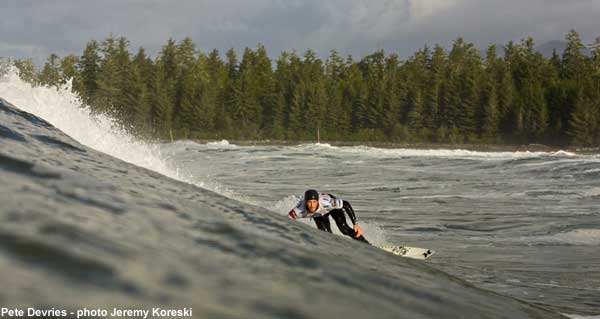 Local Canadian wildcard Peter Devries won the O’Neill Cold Water Classic Canada in an energy fuelled final – both in the water and out – against World Tour surfer Jay Thompson in what was a fairytale ending to a week on the wild edges of Canada in Tofino on Vancouver Island. 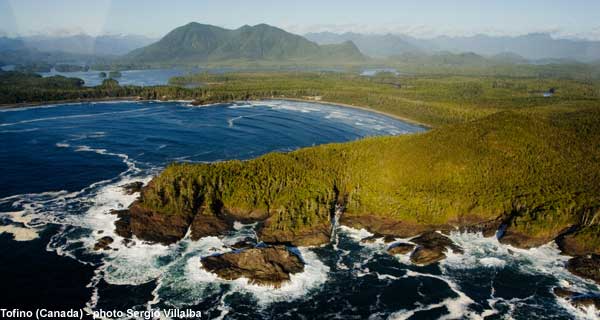 “I cannot believe this. It feels incredible. It’s crazy,” said Peter. “Just to have all these guys here and to come out on top it’s been such an incredible experience this week.”

It was a story that could almost have been a Hollywood script. Local Tofino surfer, Peter Devries started the week as one of the Canadian wildcards in this 6 Star ASP WQS competition.

He ended not only a hometown hero, but also now somewhat of a national hero. “It’s been an amazing week,” said Peter. “But tomorrow morning I will be up again early walking the dog with my girlfriend – it will be like any other day.”

Thousands of people lined the beach to support Peter – as well as the rest of the surfers – for the final day of this competition – the first professional surf Surf #Surf contest in Canada.

Finalist Jay Thompson could hear the cheers from the car park as he was getting ready for his semi final heat. “You can hear the shouting from everywhere,” he said. “It’s so great that everyone is behind him.”

“It’s been such a good week,” said Jay. “It’s so wild and raw out here. It’s been great to be part of it and to have the support from all the locals. I hope to come back next year for sure,” he said.

“To hear all the guys on the beach when I am surfing a wave or getting a score feels great,” said Peter. “I felt no pressure. I just wanted to surf Surf #Surf well. That’s my main thing when I paddle Paddle #standuppaddle #paddleboard out to go surfing every day and I guess that’s what happened !”

After being carried up the beach to the award ceremony by hoards of friends and supporters, Peter Devries now walks away with US$20,000 and the trophy of a hand-carved paddle Paddle #standuppaddle #paddleboard .

“It’s such a beautiful trophy. I can’t wait to display it,” said Peter. “This is a piece of history not just for surfing but also for the culture here.”

His route to the final was no easy road. Peter was up against the on-form Glenn Hall in his quarterfinal heat and then his semi-final saw him in the water with former World Tour surfer and another favourite for this competition – Cory Lopez.

The other semifinalist Brandon Jackson – another warm water fan from Durban, but surfing in a mere 2mm of rubber - was also happy with his result out here in the colds of Canada. “I am so happy to have got this far, but the cold definitely gets a bit tiring by the end !”

The whole of Tofino lined the beach on this Saturday Halloween producing the biggest crowd ever seen at an O’Neill Cold Water Classic event.

“I went into our shop this morning and realized that everyone just wanted to be on the beach watching the competition,” said local resident Kati Martini from Remote Passages Whale Watching company.

“So I put a sign up on the door which said ‘Gone to watch the surf comp. Back at 12’ and closed up.” 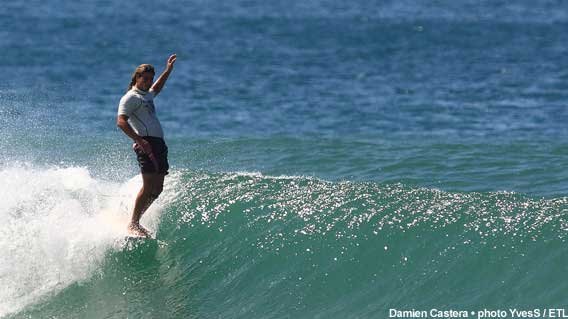 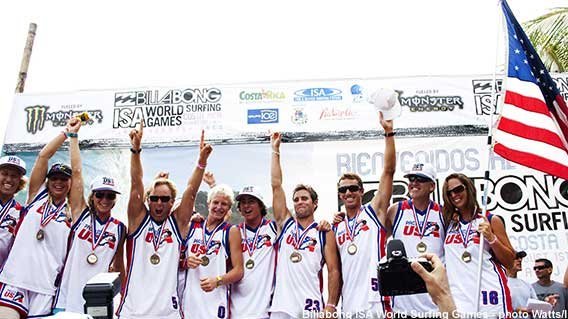 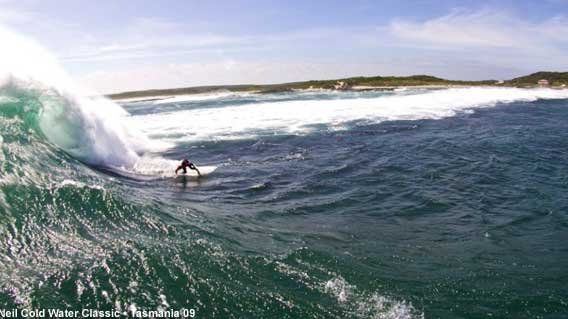 O’Neill Cold Water Classic Series 2009 : The wilds of Tasmania ready to kick off 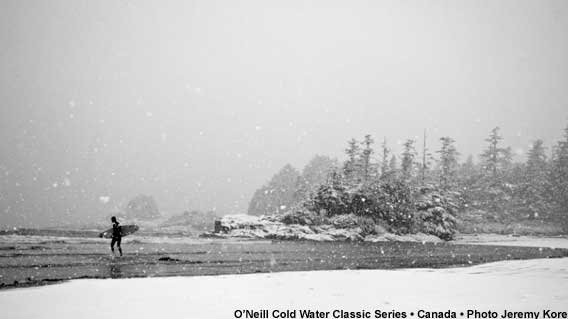