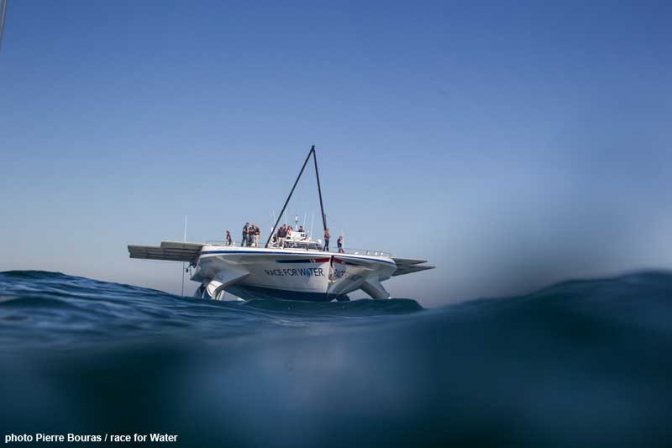 The vessel, Race for Water, left Lorient Lorient L’actualité du port de Lorient et de sa région. on Sunday, April 9 on a five-year Odyssey with mission to promote solutions to preserve the ocean. On a day of sunny weather and festivities, more that 8,000 people came out to support the vessel’s Ambassador and its crew. Race for Water is a state-of-the-art vessel powered by a mixture of renewable energy sources: solar, hydrogen and a traction kite. The first stopover will be Bermuda, for the America’s Cup America's Cup #AmericasCup , where Groupama Team France, the sustainable development partner of the Race for Water Foundation, is awaiting this revolutionary vessel.

L’Orient Nautic, the South Brittany Boat Show Boat Show #BoatShow , hosted the start of the Race for Water Odyssey on Sunday, April 9 ​​at 15:00 (French time). With festivities on the pontoons, visits on board Race for Water and meetings with the politicians and the press, it was a full weekend. In total more than 8,000 people were on the docks of Lorient Lorient L’actualité du port de Lorient et de sa région. ’s submarine base.

As the guest of honour of the 2017 boat show Boat Show #BoatShow , Race for Water was the place for discussion and meetings. On the docks, the public had the opportunity to participate in guided tours of the vessel, where they met the crew, including its renowned captain, Gérard d’Aboville, and one of its Ambassadors, Alan Roura.

At the heart of this major project are four missions:

Bruno Dubois, Groupama Team France Team Manager: "For many years, we have witness the deterioration of our ocean. Sailors who live the sea daily are worried. The scientists are too. We have long been committed to this cause and respect the environment when we are at sea. But more must be done upstream when on land, notably toward waste management or how to change our consumption habits. The Race for Water Foundation has for ambition to educate a large public all around the world. Our objective is to help the Race for Water staff on site in Bermuda, during the 1st stopover of their Odyssey. We will help them to promote this cause, to raise awareness of the problem and their proposed solutions, so that we can start to change habits. It’s urgent. Planning for tomorrow is now!" 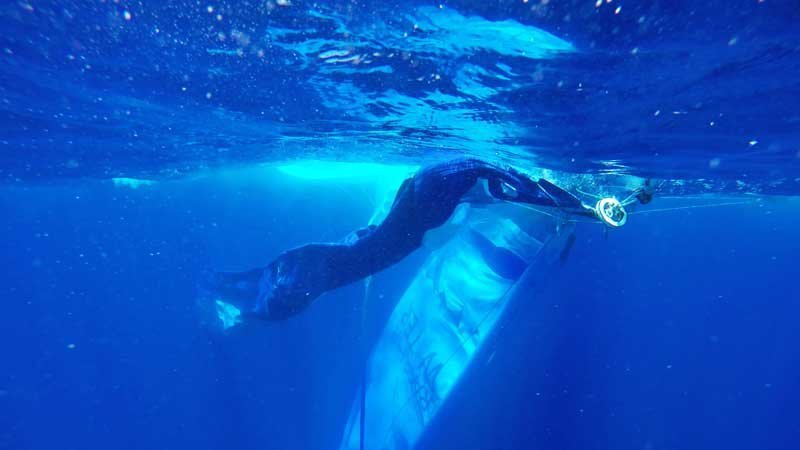 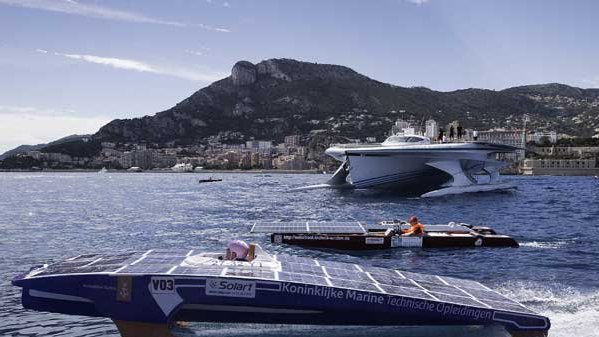