A worthy and popular winner was crowned today at the RC44 Cascais World Championship in Vladimir Prosikhin’s Team Nika, following two final big wind, big wave races that made for a thrilling, albeit damp, conclusion to the regatta.

"I feel very good - we sailed good today and I really enjoyed it," said Prosikhin, dripping after being ’coaxed’ into a victor’s swim in Marina de Cascais. "It is my first ever World Championship win. It was a long, long way up and now we get to keep the ’Golden Wheels’ [fitted to the RC44 Championship Tour leader’s boat). We are also World Champions and we still have a chance to win the season."

This result so nearly came a cropper when, while leading today’s first race, they managed to hook a lobster pot as they approached the leeward gate. "It was underwater - we couldn’t see it and it got caught around the keel and we had to sail backwards to clear it," recounted Prosikhin. While most of the fleet overtook them, they were able to fight back to finish fourth.

Fortunately, despite a cut throat battle with Nico Poons’ Charisma throughout, Team Nika was able to claim race two.

Of their success, tactician Dean Barker, sailing on board with fellow Kiwis Sean Clarkson and bowman Jeremy Lomas, said :

"The foundation was created last year - it is a good bunch of guys who have sailed together for a long time. Jero and I joined at the beginning of the year. I feel we have improved - our speed seems very good, particularly upwind which makes my job much easier."

"It is our favoured conditions - I really like them. So I wasn’t afraid to go today. And Cascais is a great place with a very good feeling."

"Vladimir is my big friend from university - that is why I am really happy."

As Commodore of the St Petersburg Yacht Club, he was also proud that his club scored a 1-2 result here, plus,

"he won here and last year we won and now we are together overall in first and second [in the 2015 RC44 Championship Tour]. So I am really happy."

Monaco-based Dutchman Nico Poons, who was hoping to make more of an impression on the leaderboard this week, got off to a bad start today. After a general recall the next start was held under a black flag and in this Charisma got hooked by Artemis Racing Youth, causing both boat to be over early and so were disqualified. However Charisma fought back in race two, edging ahead of Nika at the top mark.

"We started off a bit too late – in the last race !" quipped Poons of their charge in this regatta. "We expected a bit more for ourselves."

"We felt we should have been in the top three, but it was a good last race there - very nice close racing in fantastic conditions."

Davies said today the most wind was 23 knots, but with

"an aggressive sea state which made it a lot of fun downwind. Upwind the left side was very favoured."

Davies was okay about being seen off by his former Emirates Team New Zealand skipper (Dean Barker).

For Igor Lah’s Team CEEREF there was still a sense of ’what might have been’. Leading overall into yesterday’s final race, they had chosen the wrong side of the course and were unable to recover. In that race they scored 12 points, and today finished seven behind Team Nika.

"We thought that the wind shifted to the right, so we took the right side," mused Lah. "That was a mistake and it cost us a lot. Otherwise our boat handling was perfect and the team is brilliant. The boat preparation was fine and Adrian’s done a great job," referring to his British tactician Adrian Stead, who acknowledged that they were making progress : "As a team we are really pleased. We are on the podium and we were in with a shout of winning it in the last race."

While the World Championship has been decided, competition in the 2015 RC44 Championship continues with the RC44 Virgin Gorda Cup over 25-29th November. This will be another mega-battle, particularly between friends and arch-rivals, Team Nika and Bronenosec Sailing Team, at present separated by just one point. 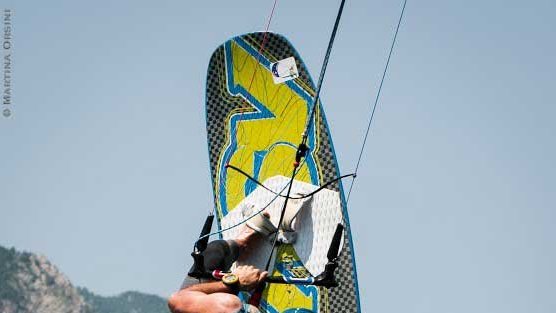 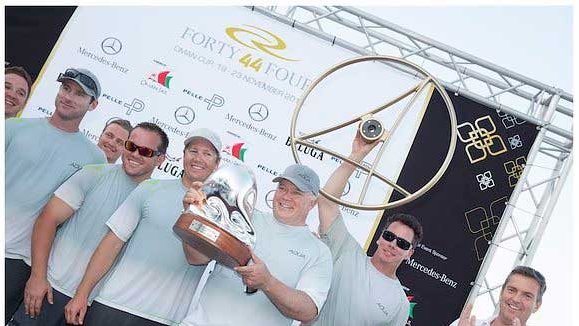 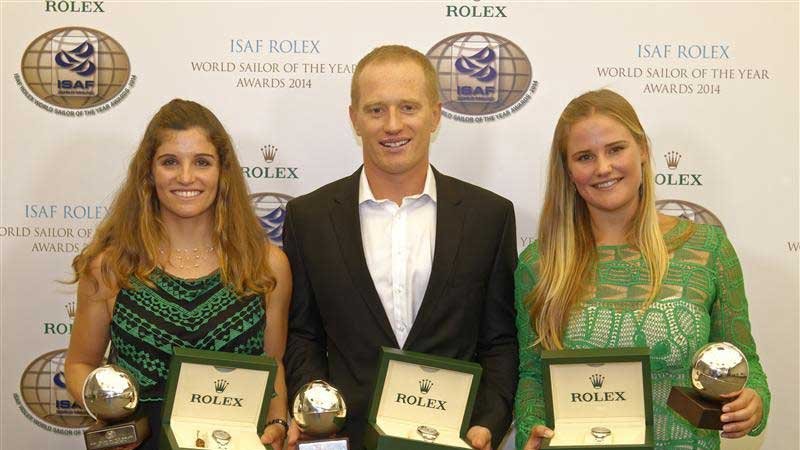