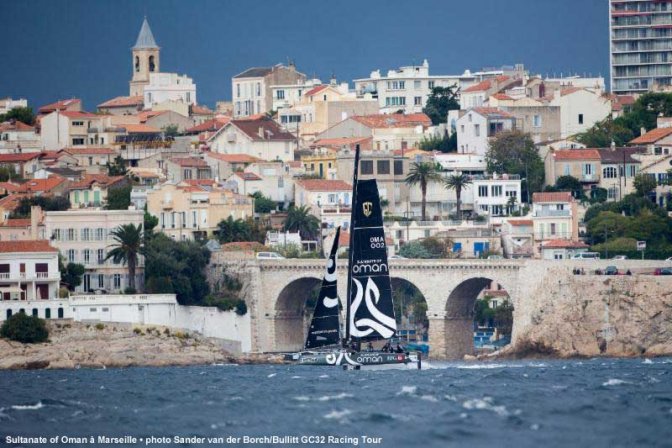 With rain squalls scudding across the sky at up to 42 knots, the final day’s racing was abandoned at Marseille One Design, the concluding event of the Bullitt GC32 GC32 #GC32 Racing Tour 2015. Thanks to some strong performances earlier in the regatta, Alinghi won the regatta, while Sultanate of Oman’s 3rd place in Marseille was sufficient to make them champions of the season.

Even if there was no racing, the sailors enjoyed some sensational speed Speed #speedsailing runs across La Rade d’Endoume in front of Marseille’s spectacular shoreline. A first timer in the GC32 GC32 #GC32 , Nathan Outteridge was keen to make the most of his guest appearance at the helm of Oman’s foiling catamaran and was pushing the boat hard while waiting for racing to get underway.

“We hit 36 knots today,” grinned the 2012 Olympic Champion, who also managed to pull off a few full-foiling gybes. “Actually we were a bit disappointed not to break the 40 knots! The GC32 GC32 #GC32 and the way its foils are configured make it very forgiving for high-speed Speed #speedsailing sailing. We were loving it. Any chance we get to come back and races these boats again, we’ll take it.”

Iain Percy, another Olympic Champion, was on board Oman to call tactics, but today he was just enjoying the ride.

“That was a lot of fun, an absolute blast, and we’re pleased we managed to help Leigh [McMillan] and Sultanate of Oman win the Bullitt GC32 Racing Tour this season. It’s been a good learning curve for us and we’ve gained a lot from our time racing the boat here in Marseille.”

After the light winds of the previous day, Morgan Larson was steeling himself for battle with Spindrift racing and Oman, both of whom were close enough on points to take Marseille victory away from the Swiss team.

“It’s a pity we didn’t get any racing today but we learned a lot from watching those boys on Oman blasting around,” said the American, who took a more gentle approach to the waiting game on the water. “A while back I thought foiling was a bit of a fad, but clearly it’s here to stay. It’s awesome, we’re learning more every day, and it’s been a great season for the GC32 class.”

While Oman was doing the most blasting around the bay today, Team ENGIE had her moments, even flying the Code 0 gennaker downwind. Asked what was his best moment of the 2015 season, Spindrift skipper Yann Guichard replied:

“Today! We had some incredible moments sailing just now, and we managed 37.5 knots at one point. Coming 3rd overall for the season, it has been a good season for Spindrift and we’re looking forward to more next year.”

Skipper of ARMIN STROM Sailing Team, Flavio Marazzi makes no secret of his preference for stronger wind sailing, and was the winner of the Cowes Cup earlier this summer, the last time that the fleet raced in strong winds.

“It’s the strong winds where the boats really come into their own,” said Marazzi, also the Class President of the GC32. “For next year we are getting a lot of interest, and we could be looking at eight to ten boats on the circuit next year." 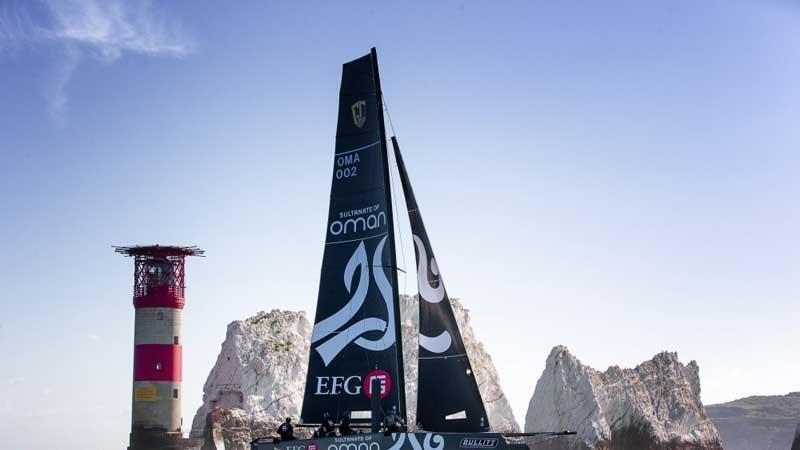 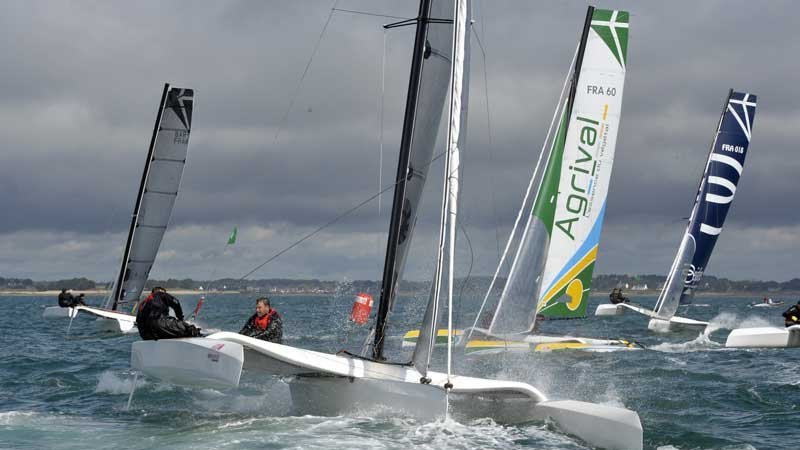