Nicolas Troussel and Félix Pruvot, winners of the NCR 2015

A top-flight podium for the Normandy Channel Race 2015. Bretagne - Crédit Mutuel, Le Conservateur and Solidaires en Peloton - ARSEP take centre stage. In the wings, two teams from Lower Normandy, Teamwork and Carac - Advanced Energies match-race to the finish with the former taking it by just 5 minutes. Hot on their heels, just over 30 minutes later, Briton Ned Collier-Wakefield and Dutch sailor Wouter Verbraak on Concise 8 successfully loop the loop after a very solid performance.

16h59m50s GMT was deliverance hour for Bretagne - Crédit Mutuel, which powered downwind across the finish line. The lock gates at Ouistreham couldn’t contain the emotion ! Nicolas Troussel (skipper) : "I’m so happy with this victory. It was a superb race ! We fought hard from start to finish ; trying to put in the best possible tacks the whole time. We didn’t once let up, constantly stacking, all the way to the finish ! It worked well because with every passing position report, we saw that we were edging away, mile by mile. Strategically the course was very interesting. Félix helmed very well and helped me a great deal with regards info about the effects of a particular location and strategy.” "Keep pressing hard to the end, that was our motto aboard," adds his co-skipper Félix Pruvot, all smiles at the lock gate in Ouistreham.

The skippers on Le Conservateur were firing on all cylinders over the last 24 hours !

Since Fastnet Rock, the duo made up of Yannick Bestaven and Pierre Brasseur aboard the Tizh40 Le Conservateur has gone into overdrive ! "We’re smoking", said the skipper at the morning link-up with Race HQ. "We’re constantly underwater, we’re making fantastic headway in 30 knots of breeze and some great surfing. My Tizh40 handles brilliantly when there’s some breeze. We didn’t break any gear and though we did have a few scares with broaches, all’s well. We don’t really believe we can do it now but we’re working hard to catch our mates !" Yannick didn’t know how right he was, reducing the deficit in relation to the leader from 38 to just 12 miles at the finish !

Following this well-earned second place, the lock gates at Ouistreham welcomed in Thibault Vauchel Camus and Victorien Erussard from Solidaires en Peloton - ARSEP with a beautiful sunset as a backdrop ! The blue and white boat, which is involved in raising funds for research into multiple sclerosis, put up a valiant effort to complete the podium. On his arrival at the lock, Victorien Erussard gushed his praise for the event : "It’s a superb event the Normandy Channel Race. It’s my first time and I’m delighted ! It was the perfect event to trial the boat. From the outset it was a great match, with constant contact and real intensity from beginning to end. It feels like we only left yesterday !" Thibault Vauchel-Camus : "It also feels as if we’ve done a lot of uphill skiing (beating to windward for a long old while) and ended with a session of schussing down (a little spot of downwind) !"

Teamwork 40 skippered by Bertrand Delesne and David Raison and the crew from Lower Normandy, Louis Duc and Christophe Lebas on Carac - Advances Energies had an epic sprint for the line, with the former just gaining the upper hand to finish around 5 minutes ahead !

Pushing hard the whole way, the first Briton to complete this Normandy Channel Race 2015 was Ned Collier-Wakefield and his Dutch co-skipper Wouter Verbraak on Concise 8, who romped to the finish, just over half an hour astern of their closest rivals to secure a solid 6th place. Due to secure 9th place shortly, 2nd Briton and 1st woman, Miranda Merron and her co-skipper Halvard Mabire on Campagne 2 France have sailed a great race, particularly given that they’ve not been able to use their medium ‘fractional’ spinnaker since dawn today as the result of a technical issue.

Follow the arrival of the other Class40s still racing via the cartography updated every 15 minutes. Discover the emotion of the finishes on the social networks of Facebook and Twitter.

Quotes from the boats at this morning’s radio link-up

Nicolas Troussel – Bretagne Credit Mutuel : “We’ve ripped our spinnaker but we’re okay with the little one at the moment because there’s more wind. We’re not too bothered about having to punch into the tide because the boat’s fast and we just have to concentrate on our trajectory. Passing Sark the wind gusted to around 33 knots but right now we’ve got 26/27 knots of SW’ly.”

Paul Peggs – Forty Shades of Grey : “Last night was very quick. We had a very tough sail out from Tuskar. We started under the big spinnaker and the big gennaker (our A2) for about 3 hours then we had 25/35 knots of wind, trying not to push too hard, but we almost got the speed record Record #sailingrecord  ! At the moment we’ve got 25 knots of wind and one reef in the main and the solent out and we’re heading to Guernsey. We’ve got two or three miles to go to Guernsey. We were tired at Tuskar but since then we’ve been making regular sail changes and we’re feeling better now thanks to a good watch system.”

Yannick Bestaven – Le Conservateur : “We’re making headway in around 30 knots of breeze and things are going pretty well. We haven’t broken anything major but it’s like a war zone out here !”

Pierre-Yves Lautrou – L’Express : "Well, let’s just say that you have to earn the right to round the lighthouse ! I’ve never had such an unpleasant beat in a disgusting sea. It really felt like the boat was going to explode ! We made the rounding in a very chilly NW’ly wind. Since then we’ve been slipping along under spinnaker. Quite honestly, we’re done for. The race is hard and leaves little time for relaxation. Upwind in this sea, you had to helm the whole time and the same is true downwind. Stacking, unstacking, etc. There’s a lot happening the whole time. And it’s not over yet : we’re going to have a few gybes in the night breeze at the Scillies to avoid the TSS and tomorrow we’ll have 25 to 30 knots under spinnaker. In short, I think we’re going to collapse at the finish… !” 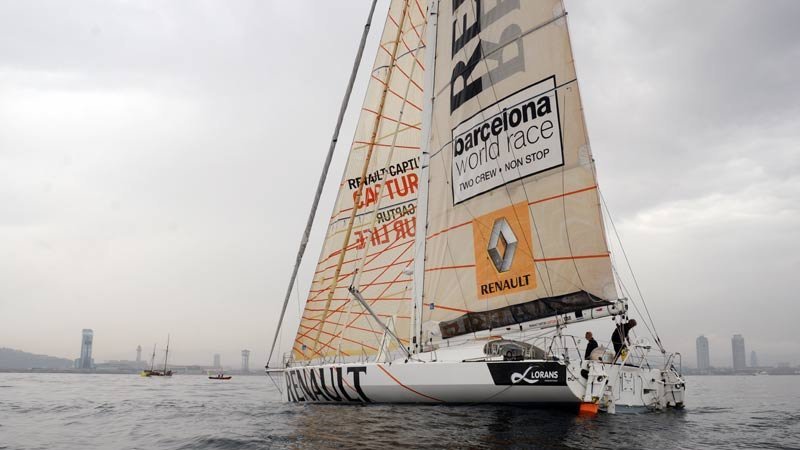 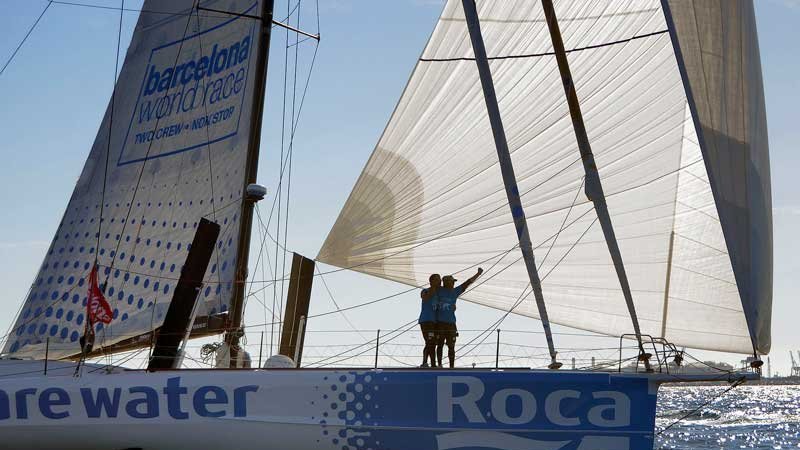 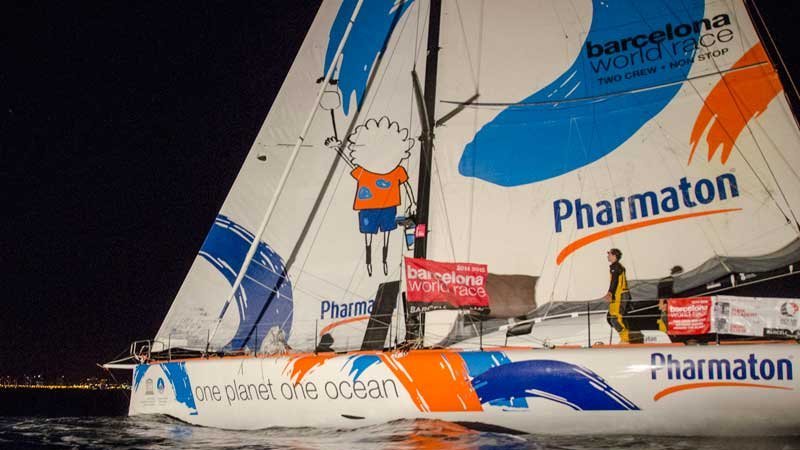 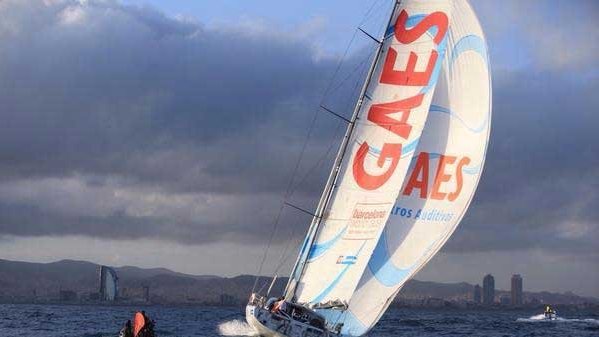