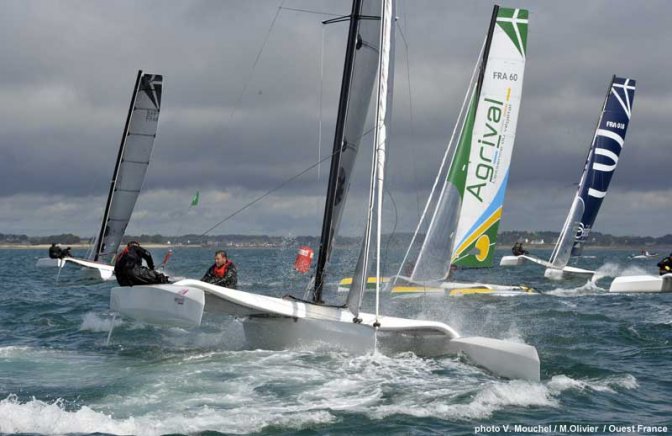 Spindrift White, steered successively by François Morvan and Xavier Revil, finished on the top step of the podium, while Yann Guichard’s Spindrift Black finished sixth. It was an excellent Easter weekend for the team’s sailors, who have proved that they are on top of their game at the start to this 2015 season.

Spindrift White produced a consistent performance, winning four of the twelve races and finishing on the podium in another four ; Spindrift Black was also solid, with four podium finishes. Sharing his delight, Yann Guichard has said that the result is encouraging and confirms that the team’s strategy is on track.

“This was a very positive first race for Spindrift racing,” said Yann. “We wanted to test ourselves against our rivals and show that we would be a force to be reckoned with in our first season on the Diam 24 Diam 24 #Diam24 circuit. We sailed well from start to finish, and are delighted to secure this magnificent victory. Our team spirit is excellent. Both of our crews have performed well this weekend and are working together in a very constructive manner. Everyone is pushing each other, and I’m proud of the group that we’ve put together for the Diam 24 Diam 24 #Diam24 season. That said, we must not rest on our laurels - it was extremely tight at the top of the final standings. We need to keep working hard to stay on top form throughout the season, especially during the Tour de France à la Voile, where three of us will be taking turns at the helm : François, Xavier and me.”

A seamless change at the helm of Spindrift White

On these small boats, the manoeuvres come thick and fast. Quick reactions are needed to fend off the slightest attack by a rival, then once the race is over you have to do it all again a few minutes later in the next one. It requires physical and mental toughness.

François Morvan helmed for the first two days of the “Spi”, placing the crew near the top of the standings.

“The results were great !” he said. “We had a very good first day, then a tougher second day with unstable winds. After my two days at the helm, Xavier took over and finished off the job. We were two points behind on Saturday night, but in the end we won by seven. (Trimmer) Thierry (Douillard) and (number 1) Matthew (Vandame) were fantastic on all four days, as the racing was very physical. Being able to train on two boats over the winter obviously benefited the group’s overall performance. Everyone was able to contribute something, and these small contributions make a huge difference. It’s essential when creating a team that performs well regardless of who is at the helm !”

This maiden victory tastes extra sweet for Xavier Revil, who is in charge of Spindrift racing’s Diam 24 project, in addition to his role as one the three helmsmen.

“We wanted to win the first meeting of the season,” said Xavier. “Mission accomplished ! It was an exhilarating Spi Ouest Spi Ouest #SpiOuest played out in perfect conditions, with wind, sun, and a top-class fleet. It’s all about small gains. You need a fighting spirit, and you have to give your all from start to finish. We’ve been sailing in the bay for three months, with training sessions in awful, bitterly cold conditions. We did a good job because we have won. However, it’s just the start of the season, and we have some fierce competition ahead !” 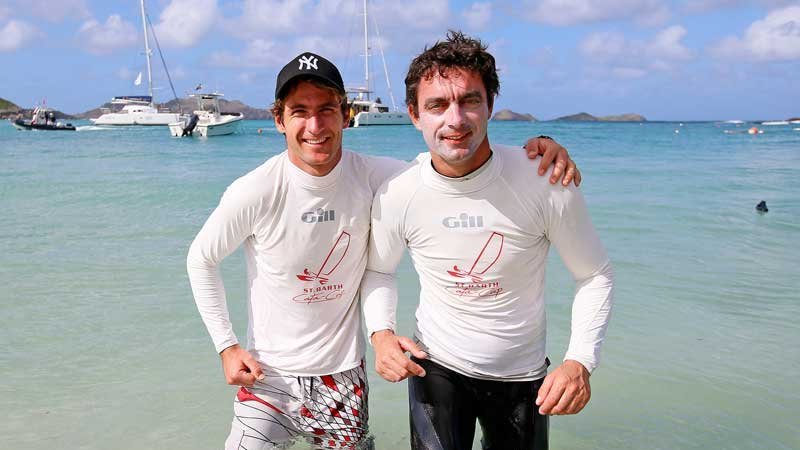