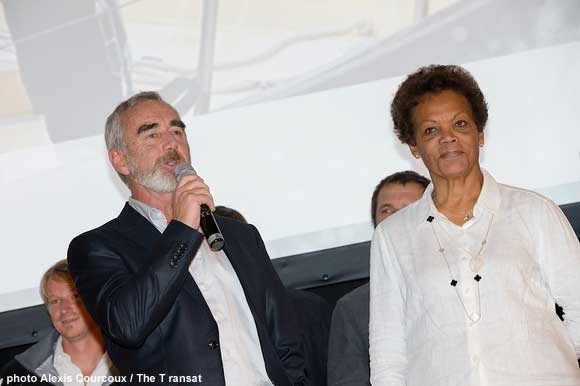 Releasing details of the latest entries on the opening day of the Paris Boat Show, race owner and organiser OC Sport, revealed that 15 skippers have now entered the four-yearly race that sets sail from Plymouth on May 2nd and more entries will be confirmed in the next few days.

Speaking at the race launch at the Salon Salon #Salonnautique Nautique de Paris today, where some of the confirmed entrants appeared on stage during an official presentation, Herve Favre, Offshore Sailing Events Director for OC Sport, said he is delighted with both the quality and depth of field for what promises to be a world-class renewal of the race in 2016.