Francis Joyon : "I’m certain that the trimaran is in safe hands with Guo Chuan" 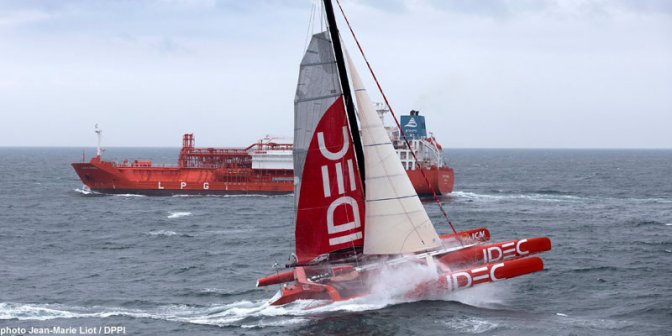 A new chapter opens for Francis Joyon with the sale of his legendary trimaran, aboard which he smashed the major solo records, including the round the world record Record #sailingrecord , for which he set a new time of 57 days. Launched in 2007, IDEC SPORT is said to be simple, reliable and a good performer. She will now continue her career in the hands of the Chinese skipper, Guo Chuan, who up until now has been known for his successes on monohulls.

The round the world, the North Atlantic and the Columbus Route records as well as the 24-hour record Record #sailingrecord . All these solo ocean records were smashed by Francis Joyon at the helm of the maxi trimaran, IDEC SPORT. Even now, two of these remain the reference times and they are the two big ones. The round the world record Record #sailingrecord (57 days, 13 hours, 34 minutes and 6 seconds) and the North Atlantic record (5 days, 2 hours, 56 minutes and 10 seconds). IDEC SPORT, a real record hunter, has also done well in various races in the expert hands of Francis, taking second place, for example, in the legendary Route du Rhum Route du Rhum #RouteDuRhum in 2010. At her launch in Lorient Lorient L’actualité du port de Lorient et de sa région. on 19th June 2007, the big red trimaran immediately gave the impression that she was strong, simple and efficient. Over the past seven years or so, Joyon has constantly updated her, improving still further her performance, without taking anything away from the guiding principles behind her conception.

We can easily understand that it was an emotional moment for Francis Joyon, when he handed over the helm of IDEC SPORT to Guo Chuan. The fifty-year old is holder of the solo Class 40 round the world record, which he completed aboard his 40-foot monohull sailing from Qingdao to Qingdao (with a time of 137 days, 20 hours, 1 minute and 57 seconds). The first Chinese sailor to complete a solo round the world voyage, Guo Chuan also achieved some other remarkable feats for someone from China, completing the Volvo Ocean Race Volvo Ocean Race #VolvoOceanRace (the crewed round the world race with stopovers) in 2008-2009 and competing in the 2011 Mini Transat among others.

“I’m certain that the trimaran is in safe hands with Guo Chuan and wish him all the best for his forthcoming challenges,” commented Francis.

This sale also marks a turning point for Patrice Lafargue, President of the IDEC Group.

“I’m very proud of the exceptional results achieve! d by Francis and together with all the staff, I’d like to congratulate him,” he declared. “The IDEC SPORT trimaran Sport trimaran #trimaran has left her mark on the Group and we are pleased that she will continue to sail with a new skipper.”

Rest assured, Francis Joyon will not hanging up his foulies. He will be presenting his next adventures on 4th June in Paris…

Spindrift Racing : Dona Bertarelli : "After the changes we made, Spindrift 2 is behaving as expected"

Spindrift 2 : Yann Guichard will use a bike to "handle" the maxi-trimaran Spindrift 2 alone on the next Route du Rhum 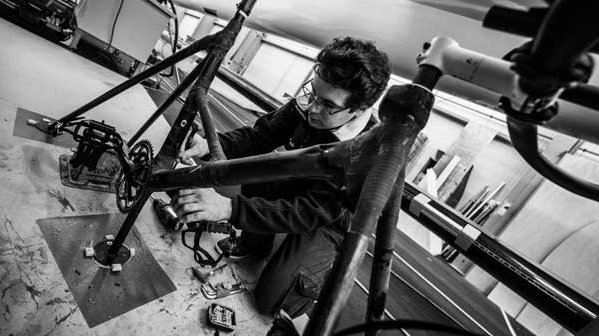 Route of the discovery : A new record for Dona Bertarelli and Yann Guichard 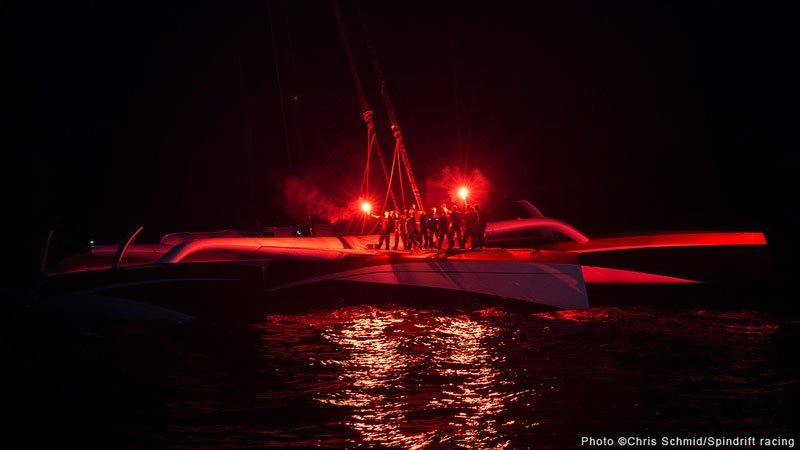 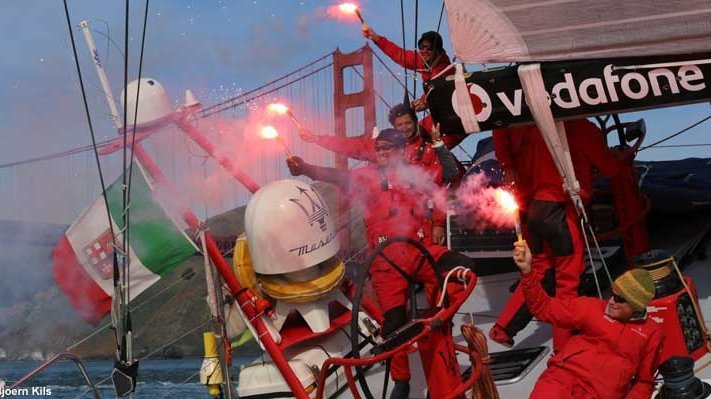