A south westerly breeze from 15-20 knots spoilt the Finn and Nacra 17 sailors on the Pão de Açucar course as two excellent Medal Races played out. The breeze faded towards the afternoon with the 49er getting three single point theatre style Medal Races in and the 49erFX sailing two.

France’s Billy Besson and Marie Riou sealed gold with a third place finish in the Nacra 17 Medal Race. The French racers took a six point lead into the Medal Race and had matters in their own hands.

Sailing in 20 knots of breeze on the Pão de Açucar race course the French team put in a solid performance. They finished ahead of Darren Bundock and Nina Curtis (AUS) who took silver and Pippa Wilson and John Gimson (GBR) who moved up into third following a second place finish in the Medal Race.

"The Medal Race was really windy,” explained Besson. "It was still a bit shifty but it was good sailing weather. It was my first time in Rio with 20 knots so that was good. It was really fun. We are near the Sugarloaf Mountain and near the Corcovada and it was just great.”

The French racers had the advantage over the Australians and Ben Saxton and Hannah Diamond (GBR) who were tied on 25 points in second and third. With things quite close Besson never lost sight of his own performance on the race course,

"When we have these conditions you never know what’s happening. We just focused on our boat and that is all. Marie and I were focused on our speed and what we were doing. We look at the boats around us but not too much.”

Two years out from the Rio 2016 Olympic Sailing Competition Besson and Riou have set the target and asked whether he’d be back for the main event Besson said with a smile, "I would like to.”

Peter Burling and Blair Tuke (NZL) made it five consecutive 49er victories in a row as they took the Rio Test Event honours.

Heading into the day the Kiwis were locked on 19 points with France’s Julien D’Ortoli and Noe Delpech. Across the three single point theatre style races the Kiwis were cool, calm and collected posting a 2-4-5 to clinch gold by eight points.

Nathan Outteridge and Iain Jensen (AUS) moved up to take silver following a 1-3-8 whilst Dylan Fletcher and Alain Sign (GBR) picked up bronze after a 5-5-1.

After racing Burling said, "Obviously we’re really stoked to take the win here. We’re on a pretty good streak at the moment and we’re pleased to keep that going. We’ve been spending a bit of time learning the conditions and not doing our ideal build up but we’re happy to come away from those tricky conditions with a nice win.

"We felt that the luck went around and that everybody got lucky and unlucky on occasions so we’re happy with the day.”

The Kiwis are on a fine run of form and since their silver at London 2012 they have one World Championship, two ISAF Sailing World Cup gold medals and two Open European Championship titles to their name.

Burling and Tuke have relished racing in the 19-boat 49er fleet in Rio as the former concluded,

"We’ve been doing a lot of racing this year in pretty big fleets in Palma, Hyeres and the Europeans. This has been the first time we’ve really got down to an Olympic sized that and that was one of the positives of the week and it was really good to win in that right size and depth of fleet.”

The Brazilians knowledge of Guanabara Bay came to light throughout the week and two fourth places was enough for them to take gold. "We are really happy,” said Kunze.

"We had a really nice championship. The organisation Organisation #organisation was really good, they did really well and now we’re looking forward to Sanatnder.

"The wind was really shifty and coming and going but it’s the Medal Race so we never know what will happen. We had two good races finishing in the middle which was pretty good.”

Having trained extensively on Guanabara Bay the Brazilians enjoyed the company of the 15-boat fleet, "It’s a new challenge for us sailing here with the other teams but we are really happy to have them here and for the rest of the year as well,” concluded Kunze.

Alex Maloney and Molly Meech (NZL) rounded off a solid week by taking silver after a sixth and a third. Annemiek Bekkering and Annette Duetz (NED) stole the day, taking a bullet and a third to leapfrog Olivia Price and Eliza Solly (AUS) and take bronze.

Giles Scott (GBR) went into the Medal Race without any pressure having wrapped up gold the day prior. It was all to play for behind the Briton with a battle for silver and bronze developing between Jorge Zarif (BRA), Jonathan Lobert (FRA) and Ed Wright.

Whilst Scott went out and stylishly took the Medal Race win the true battle was occurring behind him. Lobert started the day outside of the medals but one for the big stage he revelled in the breezy conditions using his experience to his advantage. The French racer came through in third place to seal silver.

Wright came through in fifth and with it had done enough to remain third overall and walk away with bronze.

For Zarif it was disappointment as he finished down the pack in ninth and lost out of a medal. 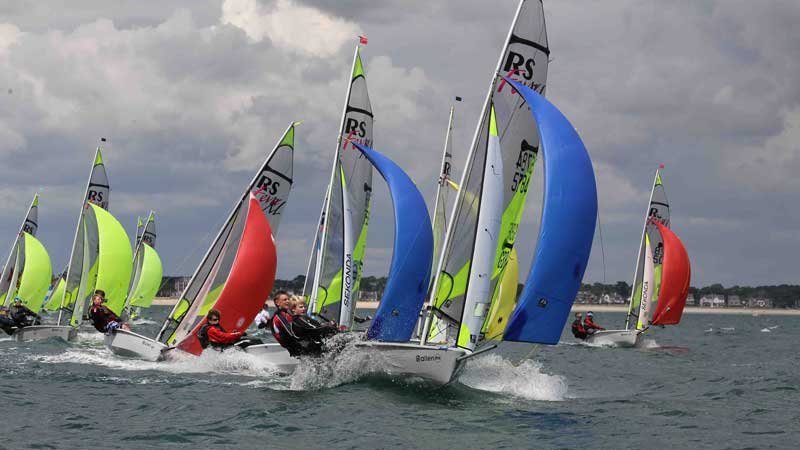 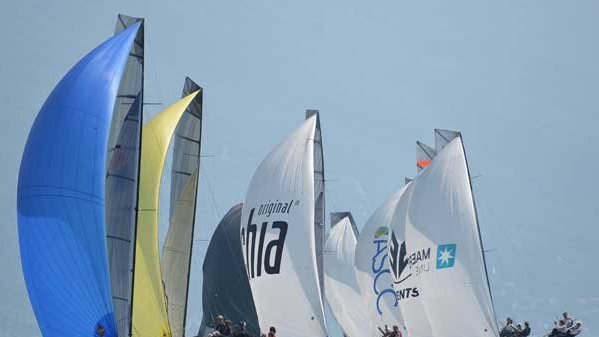