"Turning 40 today is a nice symbol" 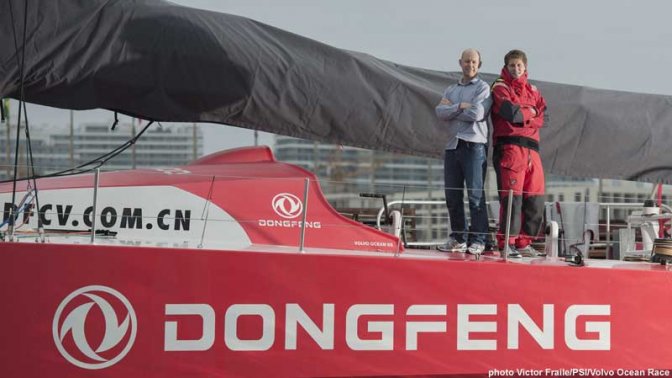 It’s Charles Caudrelier’s 40th birthday this Wednesday ; it’s also his first official day as Dongfeng Race Team’s skipper in the Volvo Ocean Race Volvo Ocean Race #VolvoOceanRace 2014-15. “A key step as a sailor and as a man” for the Frenchman and winner of the last race.

He doesn’t underestimate the task. He knows the challenges that lay ahead, the human pressure and the rough conditions in the world’s leading offshore professional crewed sailing race which begins in October.

Caudrelier is no stranger to the round-the-world 38,739-mile marathon as a key figure of the winning French team Groupama in 2011-12. Announced as skipper of Dongfeng Race Team at the official christening this Wednesday in Sanya, he understands what it means to guide a team through the next edition.

“I’ve seen it on my skipper and friend Franck Cammas in the last race : being a skipper is a huge responsibility and it’s demanding from a human point of view. But I’ve learned from my past experiences and I want to take these skills further.”

“Turning 40 today is a nice symbol,” says this father of two. “I remember being a kid and watching Eric Tabarly and Peter Blake sailing this race – I never thought I would be in this position, years later.

Race CEO Knut Frostad has no doubt that Dongfeng Race Team have the right man for this demanding role.

“Charles is a guy at the top of his game in terms of skills and ability, and very importantly he has the ideal personality to take on the extra challenge of integrating the Chinese sailors into the rest of the crew,” he says.

“He is focused on winning but is a man who is always willing to share his considerable knowledge and help progress plans step by step towards a full Chinese crew in future editions of the Volvo Ocean Race Volvo Ocean Race #VolvoOceanRace ."

It’s certainly not only about Caudrelier’s path. The future interests of Chinese sailing are at the core of Dongfeng Race Team.

Following the second selection trials at the beginning of the month, four more sailors have now joined the existing eight-strong Chinese Academy Squad bringing the total to 12. The French skipper embraces this educative task.

“We want to select four Chinese crew members to sail the race with [1]. Our Chinese candidates are very dedicated and they are working hard. Yet, few of them know about ocean racing and it’s quite a challenge with the race starting in six months. We have to teach them all if we want to perform as a group.

“As we’ve started sailing together, I’m already seeing their personalities and skills developing.

“I take a great pleasure in teaching my sport. I believe it’s key for our sport to get China involved in sailing for real, too. I want to do my part for everyone to gain from this – the sport of sailing, China, and Dongfeng Race Team.”

Caudrelier intends to announce his final race crew by the end of March – half of it is planned to be Chinese and half international.

“I’ve been speaking with sailors I’ve raced with before and people I know from the last Volvo. The tricky thing is, I’m looking for excellent sailors who are also ready to embrace this unusual project.

“Let’s be clear : this Chinese campaign is a challenge. I want a good atmosphere onboard, I want to recruit friendly people who take an interest in the Chinese culture and want to share what they know.”

The Serenity Marina in Sanya, a race stopover in 2014-15, will host the team through their training period with their one-design boat before they head to Auckland for a proper offshore exercise at the end of March.

Dongfeng Race Team will then sail back to Europe to gear up for the start of the race on October 4 in Alicante, Spain.

[1] *The standard crew size will be 8 plus 1 non-sailing multimedia reporter. 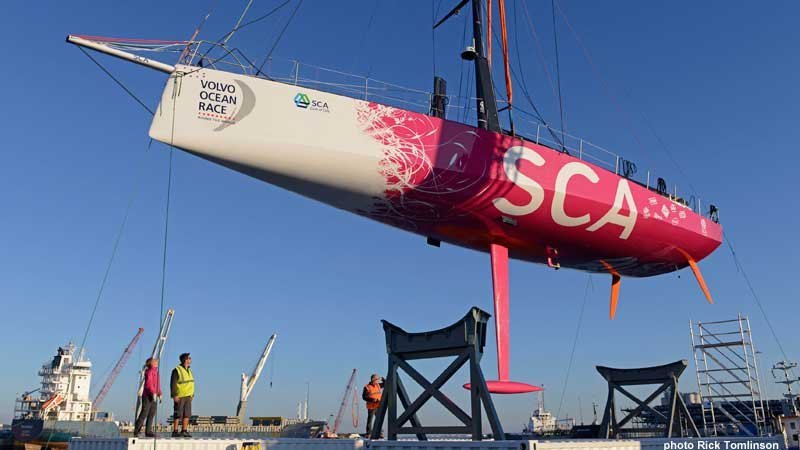 Volvo Ocean Race : Neal McDonald : " I hope to use my experience to ensure Abu Dhabi Ocean Racing wins this next race"