Vlad Murnikov : "I believe we can do so much more than just fly a boat" 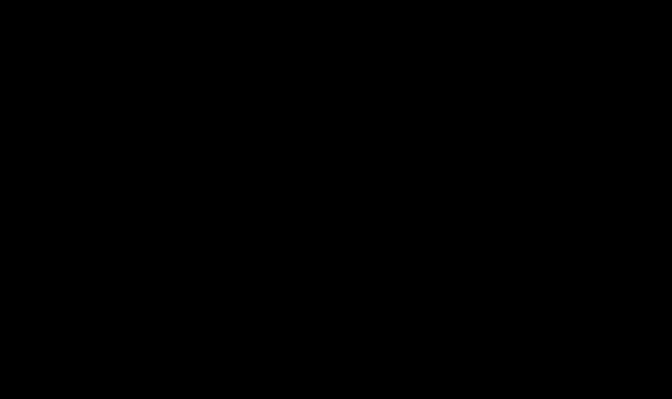 A few short years ago the idea of massive catamarans hurtling around a course at 40 knots flying high above the water would have seemed absurd, yet that’s exactly what happened during the last America’s Cup America's Cup #AmericasCup . None of us has a crystal ball to see what the future holds, but perhaps a fertile imagination is enough. After all, the idea of a foiling catamaran was once just part of someone’s imagination. 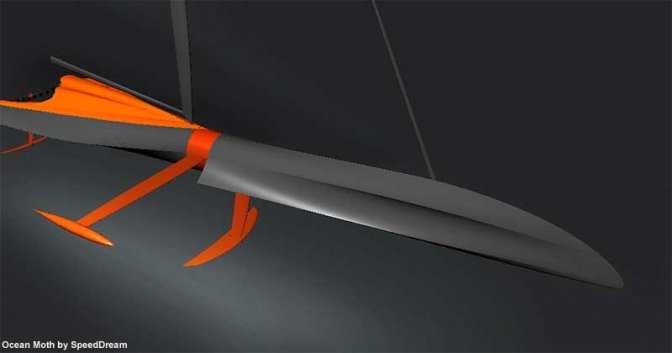 At SpeedDream we too have vivid imaginations and we are imagining the future of SpeedDream wondering what it would look like. Would our future boat fly ? Could she fly and still be capable of crossing an ocean ? If the answer is yes, the question then becomes, when ? In five years ; ten ? The future is a long time and so it stands to reason that at some point we will cross an ocean spending as much time above the water as in it. But why wait for the future ? Why not imagine what that future would look like and start working right away toward making it a reality. Imagining the future and bringing it forward is, after all, what SpeedDream is about.

So we are picturing a flying boat crossing an ocean. How would that look ? What would the design need in order to lift the boat clear out of the water and keep it there ?

“I think it might look like a scaled up Moth. Let’s call it the Ocean Moth,” suggests SpeedDream designer Vlad Murnikov. “It would be equipped with fore and aft foils – not lateral. By placing one foil Foil #foil ahead of the other you are able to keep the boat sailing steadily, staying on the same wave pattern and avoiding the pitfalls that challenged L’Hydroptère with it’s foils spread far apart.”

The future SpeedDream need foils just to lift the boat off the water and not for stability. For that we have our signature Flying Keel and it works great. It’s strange to think that once a boat is out of the water it does not matter if it’s a multihull or a monohull and the age old debate about which is best goes away. The real difference will be in foil Foil #foil placement and not in the number of hulls.

“I believe we can do so much more than just fly a boat,” continues Murnikov. “What about a keel that can cant more than 90 degrees ? Would it be possible ? And what would it look like ? We’ve imagined a keel that is attached to a ring which in turn is wrapped around the boat, just as a wedding band is wrapped and can freely rotate around a finger. In fact we have not only imagined such a keel, we have already filed a patent for the Magic Ring Keel. With an internal motor you are able to rotate the ring and place the keel at any angle you want ; 90 degrees, 120 degrees, anywhere you like.”

What does a keel that cants more than 90 degrees accomplish ? Why would you want to do this ?

One of the secrets behind the speed of Moths is their ability to tilt the entire boat to windward creating a huge amount of lift on the sail. That’s what makes the boat so dynamically stable allowing it to stay steady on the foils. What if we did the same thing with a futuristic SpeedDream ? We could foil the boat and then with an algorithm that keeps the keel parallel to the water, rotate the whole boat to windward. Furthermore, to enhance dynamic stability and fine tune the angle of heel, a different algorithm would adjust the telescoping part of the keel fin increasing or decreasing its length in concert with the changing wind conditions. Sound far fetched ? These days modern autopilots have become so advanced that they can steer a boat far better than most of us can.

Is this idea too futuristic ? Maybe, but more probably it’s not. In fact one day in the future we may look back on this idea as rather quaint, even a little old fashioned perhaps. The future is a long time ; we are just starting to imagine it and we have a technology partner in Yandex that brings massive computing power to our futuristic dreams. 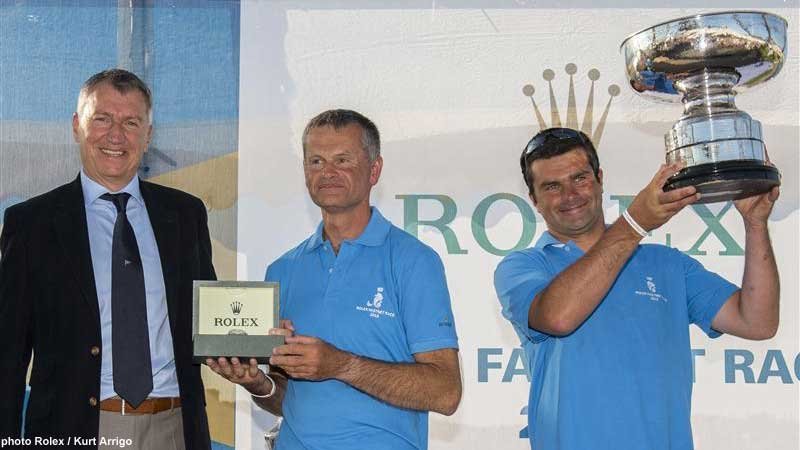 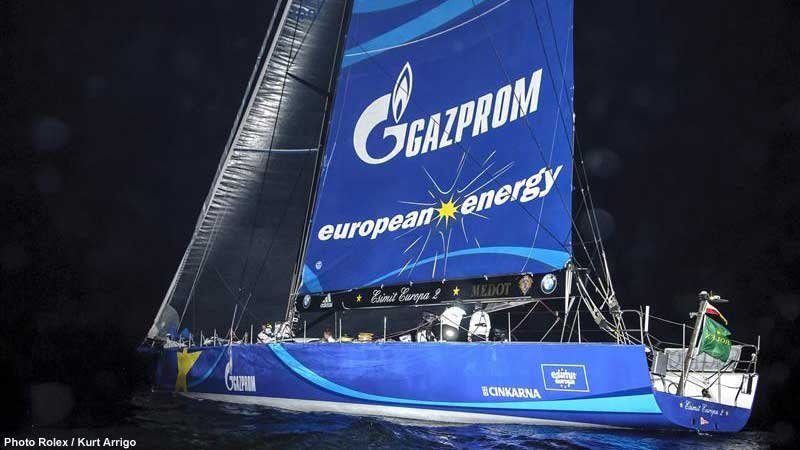