Cammas wins clash of the titans in La Rochelle 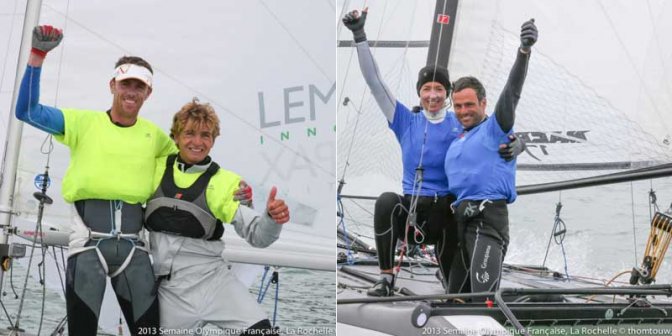 To a long list, including being the Jules Verne Trophy record Record #sailingrecord breaker and the winner of the 2011-12 Volvo Ocean Race Volvo Ocean Race #VolvoOceanRace , Franck Cammas can now add the 2013 Nacra 17 champions of the Semaine Olympique Française (SOF). It may not be his greatest but he beamed like a boy with a new toy as he took a step closer to his last blooming dream of representing France at the 2016 Rio Olympics. Cammas, 40 and crew Sophie de Turckheim, 32, the oldest pair competing in La Rochelle, did it the hard way after another disastrous start saw them forced to tack behind the fleet. But they worked their way back and were a clear second on the line ahead of three other boats that could have won gold.

The Nacra medal race was the jewel in the crown of the inaugural SOF in La Rochelle with a powerful fleet competing in the new Olympic class.

“Did I ever doubt we’d win ? For sure, all the time we had doubts,” Cammas said. “It’s a good surprise for us, we didn’t expect this at the beginning of the week, it was already ambitious for us to be in the top 5. It’s very hard in the short two-lap, 20-minute medal race, but that’s the game. It’s hard to understand what happened because there were so many changes.

“There was more wind than the two days before, maybe more like 10-11 knots. It’s not exactly the conditions we like, but we improved and we were fast today because we didn’t start well, as usual this week.”

Britain’s Pippa Wilson and John Gimson won the medal race from the front by a distance, but the medals were being decided behind them. Britain’s Ben Saxton and Heather Diamond were tied on points with Cammas and De Turckheim going into the race with Martinez and Tara Pacheco in third. World Champions, Billy Besson and Marie Riou were fourth with just four points separating the top four. Experience counted and Saxton and Diamond, both 23, but silver medalists in the world championships, could only finish seventh, seeing them drop out of the medals. But they were happy, as Saxton said, last year the closest they were getting to their rivals was watching them racing around the world on TV.

“We tacked behind the whole fleet except Moana (Vaireaux) and then we went right and it was the best side of the course,” Cammas said. “We were fourth or fifth at the top, which was not so bad. Downwind we didn’t change, but then we stayed on the right and Saxton, who had been the only one ahead of us, went left, there was a big separation and the right was a lot better.

If Iker had been able to put the Austrians between him and Cammas he would taken the gold. “You’re right, but I didn’t think about that,” Cammas said. “At the end we were six or seven boat lengths ahead of Iker, and two or three ahead of the Austrians.”

Martinez meanwhile said he was acutely aware of what he needed to do at that point. “Yes, were thinking about that and we knew what could happen,” Martinez said. “Franck had a very bad start but then did very well to catch up. He was very fast on the second downwind. We were all three very close at the end. We were trying to pass the Austrians ahead of us when Franck was again very fast, we didn’t manage to pass the Austrians, which meant we couldn’t catch Franck.

“If Franck is surprised to win maybe he is better than he thought or the others are worse (laughs). I think that is the case. We are all just learning and we are at a similar level. We have an advantage of Olympic experience but Franck has the advantage of multihull experience. It makes it good fun and we’ll get better, we’ll have to, if we perform like this next year we’ll finish twentieth not second.”

How does he balance the time with other sailing commitments ? “For us, right now, it’s much more difficult to find the money than the time,” Martinez said. “The funding is our worst enemy, our Federation is in a very critical situation and we are running the campaign with our own money and this has a time limit. Without resources you have no chance. Every team will be improving their weakest areas and that is ours.”

Cammas, who runs the campaign as part of his powerful Groupama team, underlined the costs to come when he discussed what excited him about the class.

“This boat is nice because it’s hard to tune, there are a lot of toys to improve your speed and all the time you have to move yourself and use the tuning,” Cammas said. “You are never as fast as you can go with this boat, it’s a good challenge and interesting for me.” 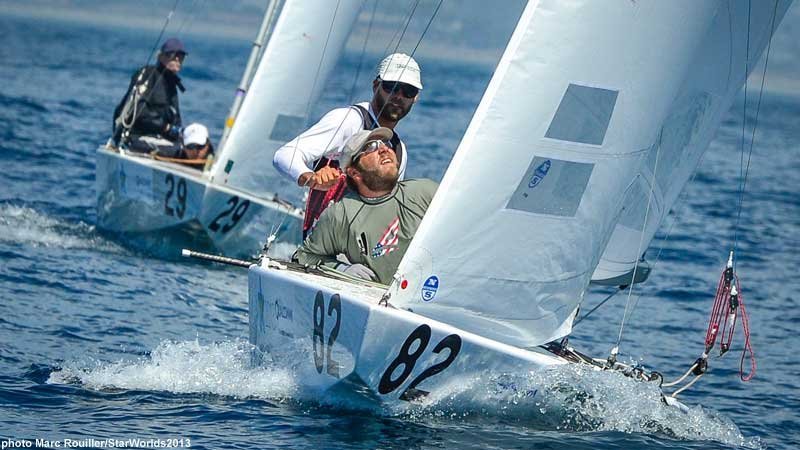 Moth European Championship : 32.2 knots of maximum speed on a Moth for Chris Rast 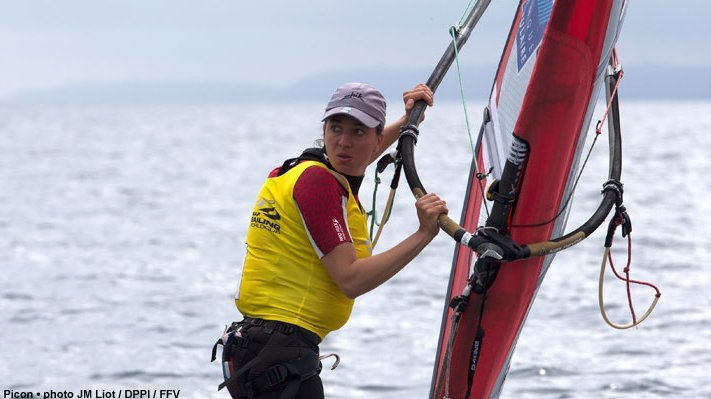 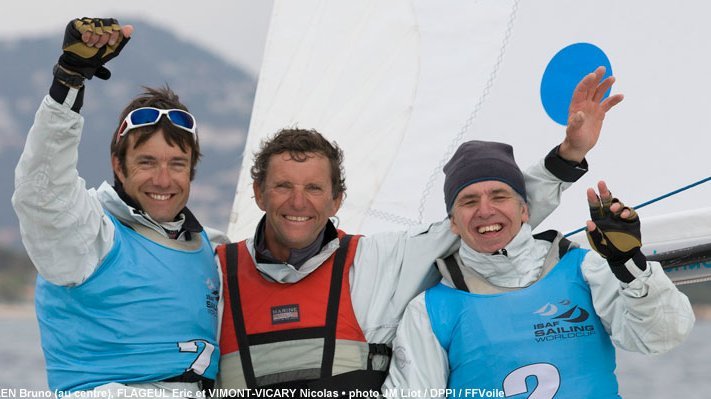