James Spithill : "What can you do ? Sometimes a couple of things go your way" 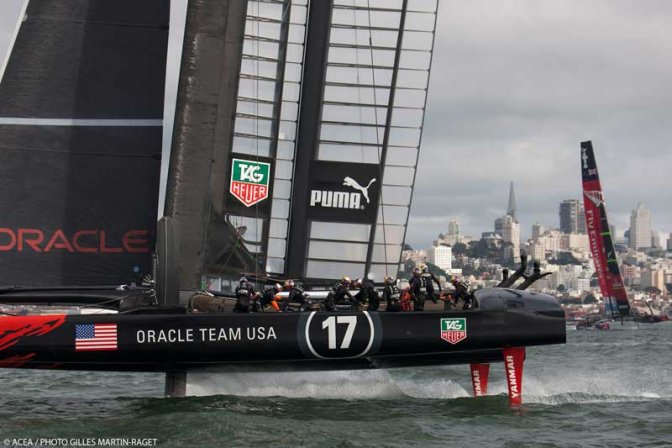 Emirates Team New Zealand came within one nautical mile of winning the 34th America’s Cup America's Cup #AmericasCup today, but then fell afoul of the 40-minute time limit. When Race 13 was re-sailed, the Kiwis were thwarted by a penalty and good speed from defender ORACLE TEAM USA.

ORACLE TEAM USA won the second attempt at Race 13 by 1 minute, 24 seconds after staring down the barrel of defeat. The defender was trailing by an estimated eight-tenths of a nautical mile in the first attempt, which was abandoned when the 40-minute time limit expired and with the Kiwis eying the finish line.

ORACLE TEAM USA’s fifth win kept the match alive at least one more day. Emirates Team New Zealand leads 8-3 and needs just one more victory to win the America’s Cup America's Cup #AmericasCup for the third time (1995, 2000). ORACLE TEAM USA, on the other hand, needs to win six consecutive races to retain the trophy it won in 2010, after being penalized 2 points by the International Jury.

“It was disappointing to be that close yet so far away,” said Emirates Team New Zealand skipper Dean Barker. “Sometimes it’s just not meant to be. The guys are very positive. We know we can win, we just have to put it together on the day.”

“What can you do ? Sometimes a couple of things go your way,” said Spithill of the first race that expired with the time limit. “We’re in a position where we have to take those things, but what a fantastic second race by the guys, really standing strong.”

In the re-sail of Race 13, Barker fended off an aggressive move by Spithill in the prestart. Spithill went for a late push with about 25 seconds to the start, but Barker positioned himself to force Spithill to head up and into Emirates Team New Zealand’s bad air, and the Kiwis led by 3 seconds at the first turning mark.

“The better move would’ve been to jibe before them and protect the long starboard,” said Kiwi tactician Ray Davies. “In a click more breeze you’re able to jibe in front of them and keep forward, but in that lighter air, by the time you hook up, you’re in their gas.”

“There was a big right-hand shift coming into that gate,” said ORACLE TEAM USA’s Ben Ainslie. “We waited until the last second to make our decision. We were waiting to see their move before making our choice. It was a last-second thing which went well.”

After another near miss – for both teams – Emirates Team New Zealand remains on the precipice of winning the America’s Cup America's Cup #AmericasCup , while ORACLE TEAM USA has no margin for error. Although the defender dodged a bullet today, the odds are still in favor of the challenger, which needs one win to the defender’s six. Both teams are confident of their chances and hoping for a little luck.

“Luck is something you never walk away from,” said Barker. “It’s a case of executing a race. We entered today with a much better attitude than yesterday. Maybe we didn’t sail as well as we could’ve in that race, but we have a lot of confidence that we can go out and race to win.”

“We believe we can win. It’s as simple as that,” said Spithill. “With these boats on that racecourse, you can dodge all sorts of bullets out there. At the start of regatta it felt like everything was going against us. Now it feels like it’s starting to turn.” 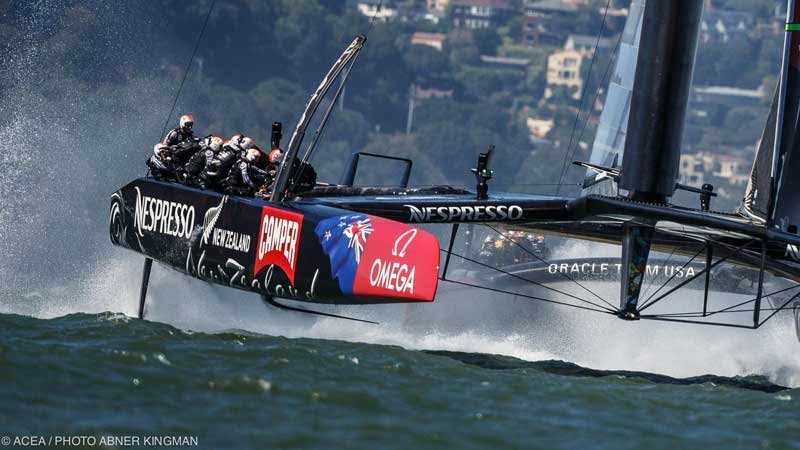 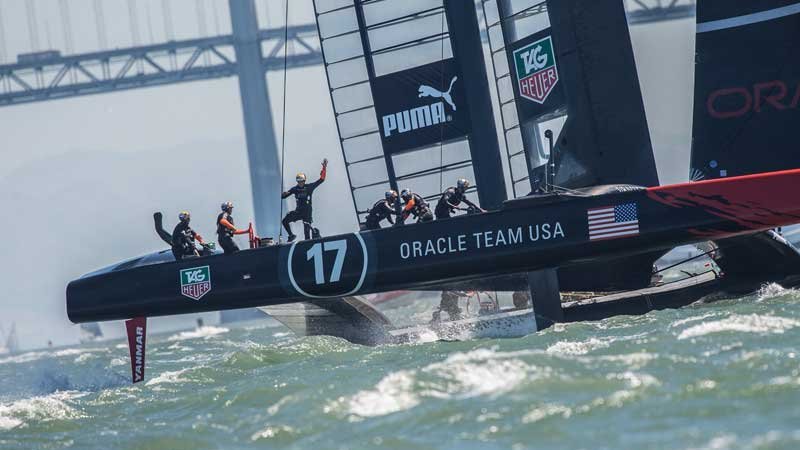 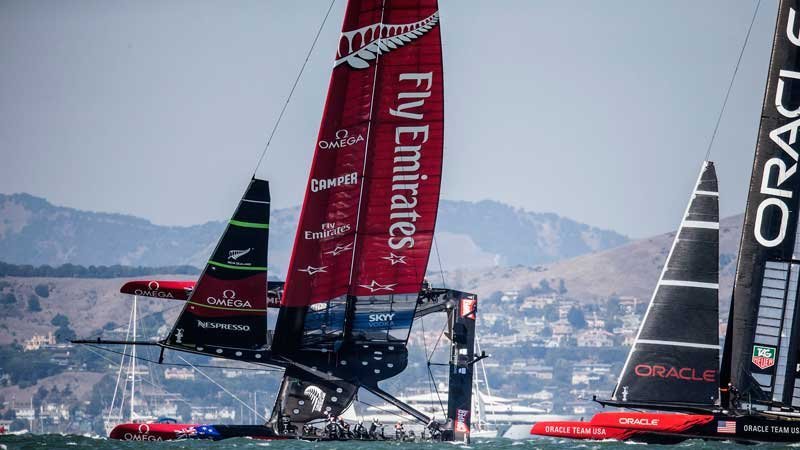