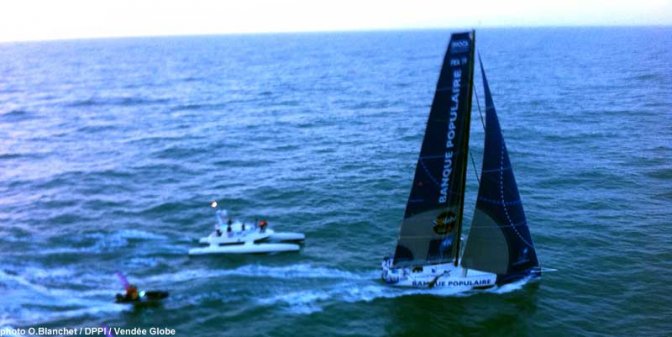 Armel Le Cléac’h crossed the Vendée Globe finish line Sunday 27th January 2013 at 17 hour 35 min 52 seconds GMT. He finishes the race 78 days 5 hours and 33 minutes behind François Gabart. This is the smallest gap between the winner and the second in the Vendée Globe history, a mere 3 hours 17minutes 12 seconds behind Gabart.

Armel Le Cléac’h came so close to winning and conquering the Vendée Globe on his second attempt. A slightly higher speed in key moments and a little luck in the South Atlantic could have made a difference. The Saint-Pol de Léon-based skipper probably remembers Jean Le Cam saying “There is no great winner without a great runner-up”.

Armel le Cléac’h did not wait long before stating his ambitions, rushing through the Bay of Biscay and down the Portuguese coast. The Banque Populaire skipper knew he had to position himself among the frontrunners as the leaders could make a difference very quickly and set the race pace. The weather conditions in the Madeira area were tricky and he sailed through a benefitting him to the west, which allowed him to confidently enter the Doldrums. Following a perfect timing, Le Cléac’h took the lead of the race. It was the ‘the Jackal’s’ first initiative, and definitely not his last.

Once out of the doldrums, the French skipper negotiated a complex route through the South Atlantic, taking a long detour around the Saint Helena High routing him close to the South American coast. To sail through yet another ridge, two options were possible. His path was followed by François Gabart but Jean-Pierre Dick decided instead to sail west of the High. Le Cléac’h’s exit strategy was distance over pace. He chose a more direct route over the higher speed, a strategy that he repeated on several occasions. Yet the trio was reunited before the entered the Southern ocean. Le Cléac’h consistently sialed his own race, he refused to be a follower and forged ahead consistently sailing the shortest, most direct course.

In five days – between December 5 and 10 - MACIF and Banque Populaire refused to give the other advantage. The two solo skippers match raced each other until Cape Horn, even sailing within visual contact.

The turning point of this 2012-2013 edition was decided off Urugay when, after a front developed, Le Cléac’h decided to tack and go northwest to be the first to catch a possible northwesterly wind. Things just did not go as he had expected and instead he was becalmed. Trapped in a windless, he could only watch Gabart sail away. This left him 200 miles behind his rival with the Doldrums ahead.

Despite that twist of fate, Le Cléac’h did not give up and thanks to a fast Doldrums crossing, he came back less than a hundred miles behind the leader, holding on to his last hope : a high pressure area born from the junction of the Bermudas and Azores High, slowing them down before Les Sables d’Olonne. It was his last opportunity to pull a rabbit out of the hat, a last strategic trick to deliver a comeback. But the evolution of the weather conditions put an end to that hope as a system opened a new route and made the opening Le Cléac’h was praying for disappear. He then had no other choice but to make sure his machine worked as fast as possible to eventually end up 3 hours 17minutes 12 seconds away from the first place. In 2008-2009, Le Cléac’h had taken the second place of the Vendée Globe after a series of incidents successively took sailing legends Jean Le Cam, Vincent Riou and Roland Jourdain out of the race. This time, he owes his performance to no one but himself.

Solo around the world : Solo skipper Guo Chuan became the first Chinese to round Cape Horn 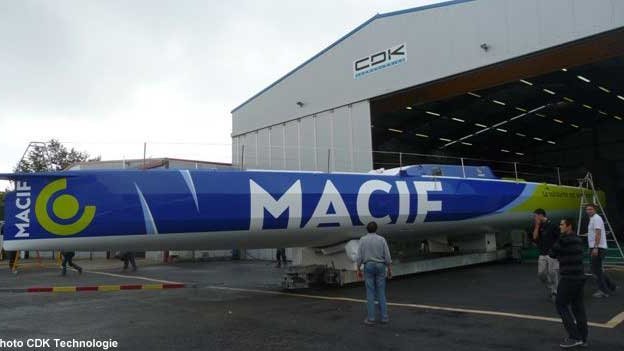 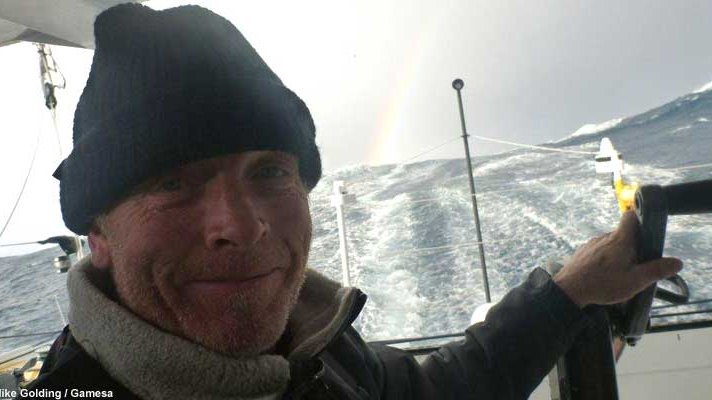