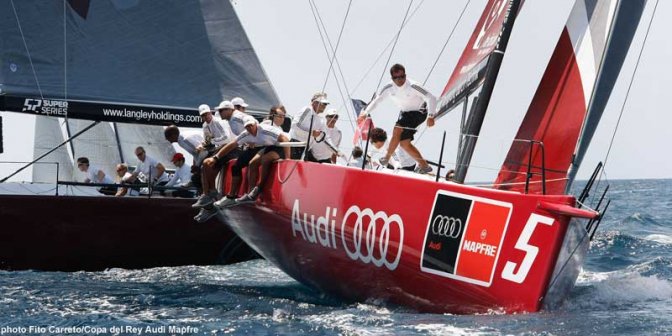 Palma de Mallorca, 21 de julio. The eight winners of the 31st Copa del Rey Audi Mapfre regatta were determined today after six days of very tight racing in the Bay of Palma. RÁN in IRC 0, Audi All4One in IRC1, Alegre in Soto 40, Swanderful in RI 1, Power Plate in RI 2, Marguerite – Jsteam in X-35 and Mapfre in J-80 were the teams to clinch victory today in the most important regatta of the Mediterranean. Two of the winning skippers repeat victory Zennstrom and Gustavo Martínez Doreste, whereas the other five get it for the first time.

They Bay of Palma gave the perfect welfare to the 31st Copa del Rey Audi Mapfre on day 6, which started in Northeasterly winds of 18 knots at the beginning of races, dropping to 12 knots along the day. The wind shifts of around ten degrees and almost flat seas made for the perfect challenge for aspirants to the crown.

Not even hitting the pin mark at the start of race one and sweeping it away could prevent RÁN from repeating victory in this 31st Copa del Rey Audi Mapfre, after winning the 2010 edition. The IRC 0 division has delivered magnificent show on the water thanks to the six mini-maxis, the full international fleet of the class, which have been on the water over the six days of races. The Swedish boat was third and second, and today’s wins went to Jethou and Stig. Runner up of this 31st Copa del Rey Audi Mapfre in the IRC 0 division is USA flagged Shockwave, followed by Italian Stig.

In IRC 1 leaders Audi All4One and Audi Azzurra went into the final day tied on points to deliver high-adrenalin, heart-stopping action. Jochen Schumann and Guillermo Parada turned the day’s two races into a match race in which the Italo-Argentinean boat finished third, whereas the Franco-German skippered by Schuemann was fifth. This helped Parada’s crew scratch two points, but the following race was to change things again. At the start of race 2 All4One went looking the left hand side crossing the bow of the fleet. Audi Azzurra Sailing Team remained at the right hand side and hit a pothole, and by the time they caught air again, Schuemann skippering All4One was gone. The team finished three places ahead of former regatta leaders Audi Azzurra, which was enough to claim the trophy. Paprec finished second and Provezza finished third. With the overall regatta win on the line skipper Jochen Schuemann and tactician Jordi Calafat used the best of their Olympic and America’s Cup America's Cup #AmericasCup winning knowledge to hold the lead to the finish, and win their first Copa del Rey together as well as on their own. Audi Azzurra Sailing Team was second overall and Tony Langley’s Gladiator third. RR. HH. Felipe de Borbón skippered Aifos was fifth, after a tenth and an eighth place today.

The last day confirmed Swandefull as the winner in the RI 1 division. José Caldeira’s Swan 45 becomes the first Portuguese boat and crew to ever win the Copa del Rey Audi Mapfre. The boat with Chuny Bermúdez calling tactics only clinched one partial victory in this 31st Copa del Rey Audi Mapfre, but her consistency throughout the race finally paid. This is the fourth Majorcan crown for Bermúdez, round the world sailor, who was followed in the podium by German Earlybird and Spanish Rats on Fire, all of them Swan 45 footers. Itaca IX of Manuel Gallego was fifth placed and winner of the Corinthian trophy.

Power Plate found few rivals within the RI 2 fleet in this 2012 edition of the Copa del Rey Audi Mapfre. Today’s back-to-back wins added to the three first places the Spanish boat had scored so far, thus claiming a well deserved victory with 20 points advantage upon second classified Italian Volmer. Movistar of Pedro Campos was third, and Tanit IV, which finished fourth overall, was the winner of the Corinthian Trophy.

In the very hotly contested Soto 40 division, Alegre and Iberdrola were battling for the final victory, which finally fell on the side of the Monaco flagged boat owned by Andrés Soriano. In their wake Noticia and Bigamist were fighting for the third spot on the podium. After a general recall, race 1 started and saw Jose María Torcida cut down distances by three points with Alegre, whereas Iñaki Castañer finished just one point behind Afonso Domingo’s Bigamist. It was the boat owner Pedro Mendonça’s birthday today, and his crew wanted to offer him a place on the podium, which they clinched in race two. Iberdrola rounded the first top mark last, and managed to move up to third by the end of the race, but Alegre’s fourth place gave them the victory.

In J-80 Ignacio Camino’s Nextel lost his options when his boat dismasted right before the start of race 1, forcing him to abandon. This benefited Mapfre who got rid of his main contender, and which sailed conservatively the two last races of the event, and got his first Copa del Rey Audi Mapfre crown. Nextel was third. No big surprises either in X-35, where “Margherita – Jsteam”, “Hotelplan – Spirit of Nerina” and “Red Eléctrica”, the three top boats this morning, stepped on the podium in this same order. 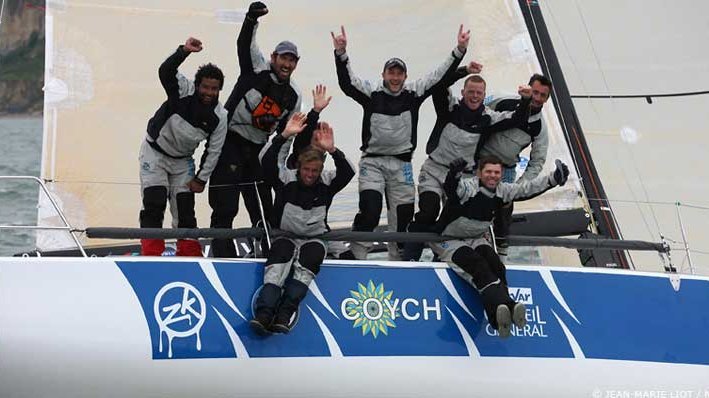 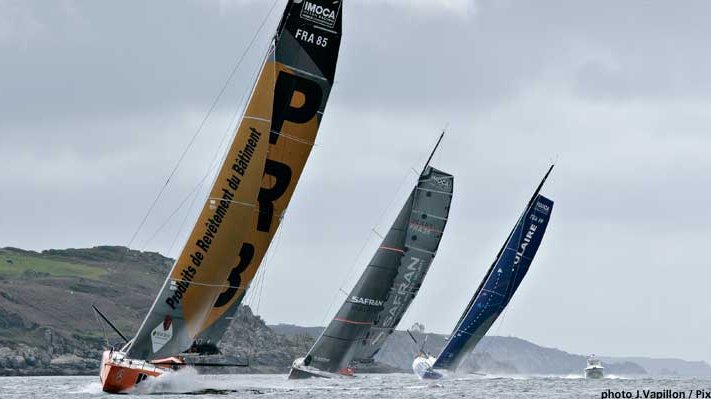