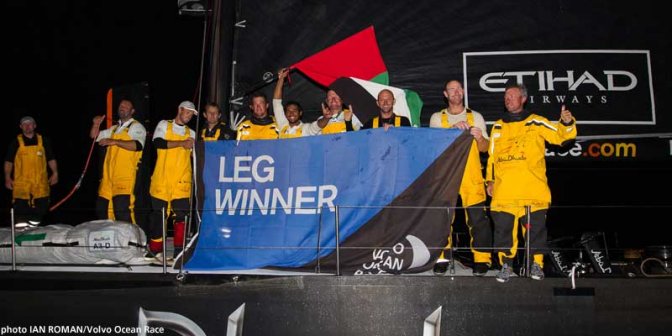 Abu Dhabi shrugged off seven months of frustration to seal their first offshore victory in a nerve-jarring transatlantic leg from Miami to Lisbon, while Groupama’s second place finish — five and a half minutes behind after more than 3,500 nautical miles racing — was enough to take them top of the leaderboard in place of long-term leaders Telefonica. 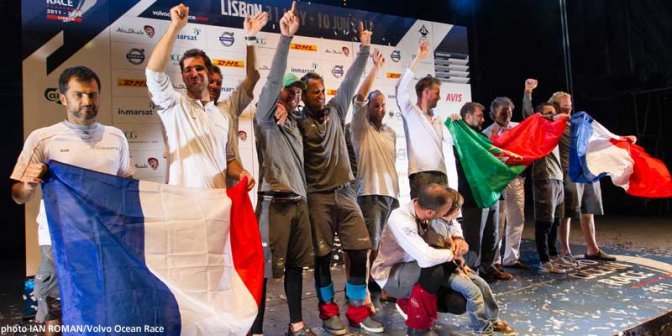 Groupama spent days snapping at the heels of the Emirati team and were within a mile of their rivals as they headed up the River Tagus towards the finish line.

Ian Walker’s team defended resolutely, however, matching their rivals gybe for gybe to ensure their first podium finish on an offshore leg would also be their first win, and spark wild celebrations lit up by a booming firework display.

For Groupama, the consolation prize came soon enough, as Telefónica’s finish in fourth place — behind PUMA Ocean Racing powered by BERG in the third podium slot and just ahead of CAMPER with Emirates Team New Zealand — meant the French team climb above them.

Groupama, skippered by Franck Cammas, now lead Telefónica by three points overall, with the Spanish team dropping off the lead for the first time since their victory on Leg 1 from Alicante to Cape Town back in November.

Four teams remain separated by just 21 points, making it the closest contest in the 39-year history of the Volvo Ocean Race with just two offshore legs and three in-port races still to come.

The arrival in Lisbon represented a homecoming for Abu Dhabi, who had a training base in nearby Cascais during the build-up to the race.

"It’s incredible — what a welcome," said Walker, before he and Emirati crew member Adil Khalid were chucked into the water by their team mates.

"Do you think you can make the last 10 miles of a race any harder than that ?

"It’s one of the most amazing experiences of my sailing career, that’s for sure. Mentally, certainly I’m exhausted. It’s just such a relief."

Abu Dhabi also visited Lisbon in much less happy circumstances during Leg 1, after a dismasting within the first few hours ultimately forced them to ship the boat from Lisbon to Cape Town.

While they have notched up three victories in in-port races, and have a strong chance of winning the series, this is the first time they have really been able to shine in an offshore leg.

First Groupama and then Telefónica enjoyed the lead for long spells on a leg that started out looking like a fast, direct sprint across the Atlantic before the effects of Tropical Storm Alberto altered things drastically.

One by one, the boats were forced to head ever further north towards the ice exclusion zone.

Abu Dhabi moved into the lead on Day 6 and after briefly surrendering it to CAMPER they were back ahead the following day.

Two days later they were clear, though skipper Ian Walker warned repeatedly that a light-air zone inside the final 300 nautical miles would see the fleet compress.

That’s exactly how it turned out, with Abu Dhabi forced to scrap every step of the way to an emotional victory at the team’s second home.

"It came down to the wire, and we certainly had our ups and downs, but we are very happy," said Groupama skipper Franck Cammas. "it was a good operation for us !"

Third place for PUMA kept them in contention for the overall lead, 12 points behind new leaders Groupama.

"This is a great result," said the team’s American skipper Ken Read. "There’s still a lot of points on the board and to be on the podium is a big deal for us."

The battle between Telefónica and CAMPER for fourth and fifth came down to a slow-motion tussle over an excruciating final few miles, with no breeze and the current against them.

Telefónica eventually finished with an advantage of 102 seconds and less than a boat length for a five-point boost that could yet prove crucial.

The action resumes with the In-Port Race on June 9, followed by the start of Leg 8 to Lorient Lorient L’actualité du port de Lorient et de sa région. the following day. 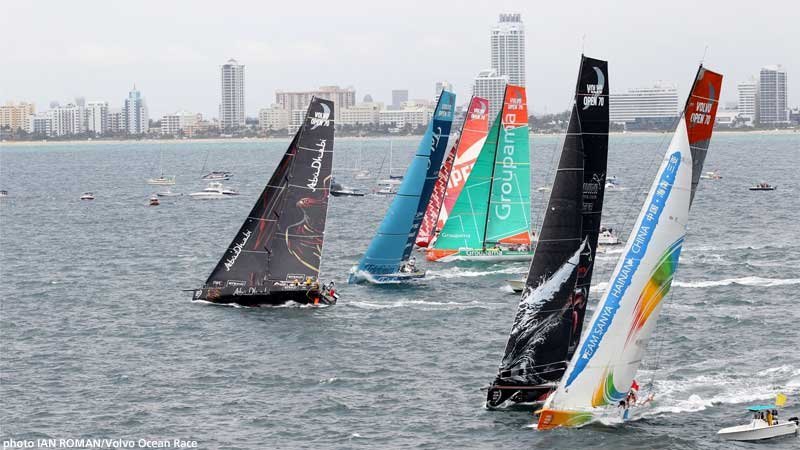 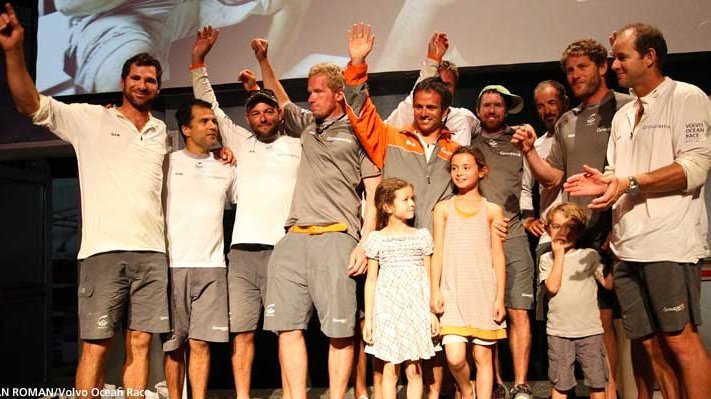 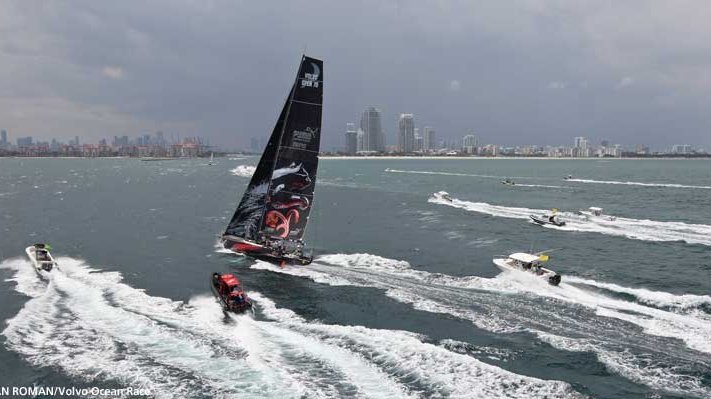 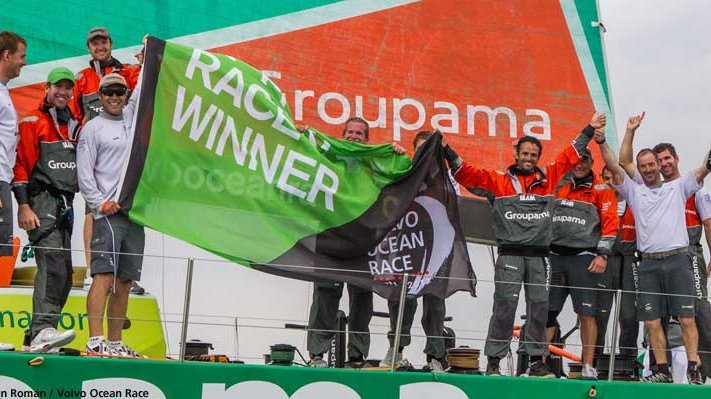