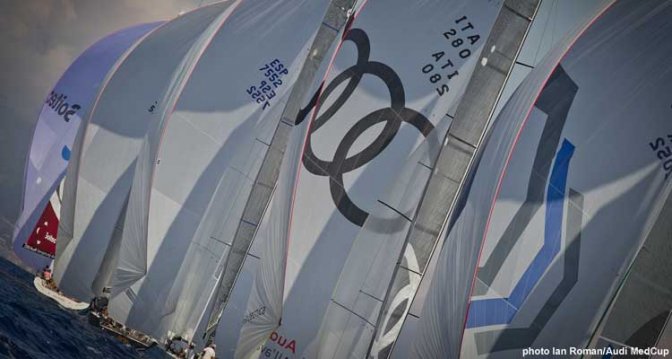 In the closest finish since the conclusion of the 2007 season Quantum Racing secured the 2011 Audi MedCup Circuit 52 Series title on the year’s penultimate race.

Having ended the challenge from Spanish icons Bribon the previous day, and so relieving themselves of a pressure build that had haunted them since their middle of the season fifth place finish in Sardinia, the Quantum Racing Team which is skippered by America’s Cup America's Cup #AmericasCup winner Ed Baird (USA) clinched the title with a showcase race victory.

Although Quantum Racing had lead since the fifth day of this five month, five regattas 2011 Audi MedCup Circuit season, the 2008 title winners arrived for the showdown Conde de Godo-City of Barcelona Trophy with a Circuit shrunk to only 3.5 points.

The dream finish for the Bribon campaigns which have spanned 38 years were ultimately denied by Quantum Racing and also by RAN. The Swedish flagged boat owned and steered by Niklas Zennstrom, won the Conde de Godo Barcelona Trophy, despatching Bribon to second step on the regatta podium.

But there was an emotional farewell from the Audi MedCup Circuit sailors for the Bribon team delivered only metres from Cusi’s home club, the Real Club Nautico de Barcelona.

"We’ve given Spain many wins during this 38 years, and that’s a reason to be happy. The boat retires but I don’t, I’ll keep racing on more simple boats. As we crossed the finish line I got a phone call from the king to congratulate us for our second place in a Circuit of such high level and in Barcelona.”

Quantum Racing started with victory in the opening regatta of the season in Cascais, finished second in Marseille, fifth in Cagliari and third in Cartagena. Quantum Racing’s project manager Ed Reynolds, also co-architect of their 2008 title win, smiled on the dockside today:

“Of all the MedCups this is the one I am most thrilled about. When they had to step up, they did. We feel like we have been defending the whole season, like we had a target on our backs since we won in Cascais at the beginning of the season. We were defending before we were ready to. I just hate to lose, and so I have such a sense of relief but it is so great to be part of a team like this. In competitive sport when everything is on the line to be a part of something which stands up and takes control that was the best part of the whole year.”

The inaugural Audi MedCup Circuit 40 Series title was Iberdrola Team’s with a day to spare, but the Spanish team which is skippered by Jose Maria Torcida, also won their fourth Trophy of the season with another pair of race wins today.

If the Valencia based title winners proved a class apart in the early season, there has been clear indications not only of a very rosy future for this exciting 40 foot high performance one design with a big number of potential owners sailing on board as guests in Barcelona, but also that the level of competition has evened. 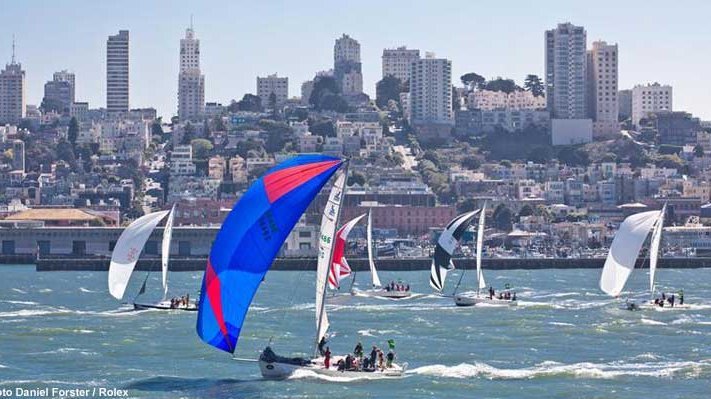 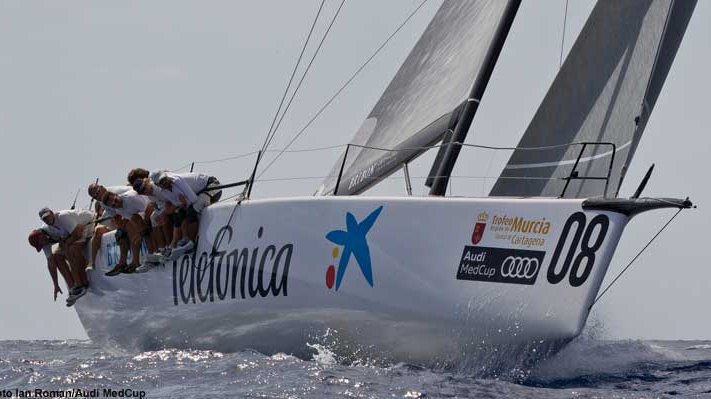 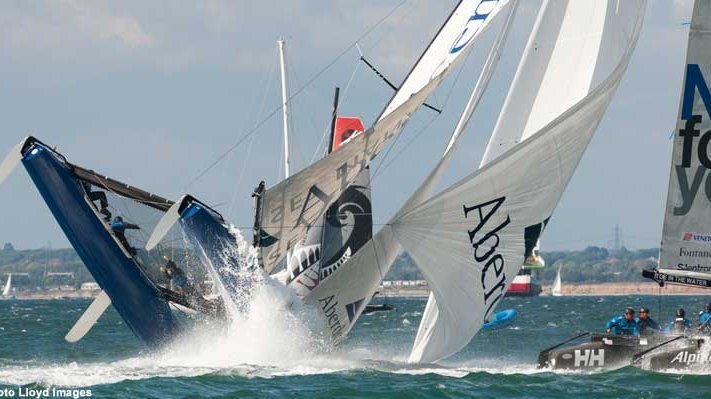 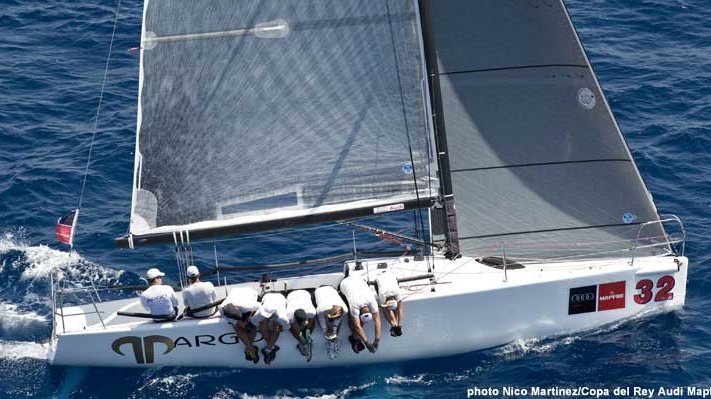