Franck Cammas : "We don’t want to push her to her maximum straightaway" 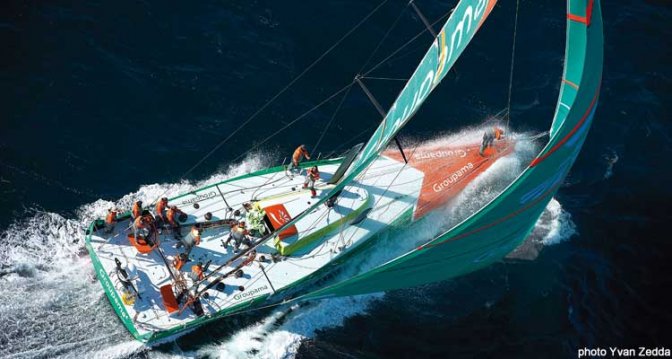 Since her launch on 14 May, Groupama 4 has revealed an additional element of her potential with every training session that passes. During her fifth outing last Thursday, Franck Cammas and his crew headed out for a 24 hour sea trial in some fairly rough conditions. It proved to be a great opportunity for everyone to see what the new Groupama monohull was made of.

Back from the first offshore sea trial, the smiles and enthusiasm were etched on the faces of the eleven crew. However, the course for this particular outing certainly didn’t go easy on them: 150 miles of close-hauled sailing with the wind reaching 30 knots over the course of the night, with a five metre swell generated by a depression off Ireland. Heading due West, the sailors were subjected to twelve hours of upwind sailing before turning back for home, which amounted to less than 6 hours, downwind.

Franck Cammas: “Upwind is the point of sail which puts the boat, the structure, the keel and the mast under the most duress. These twelve hours of sailing enabled us to test the boat’s structure. Even though we’re going to have to look in detail at her to see if she’s held up, from the outside we don’t appear to have encountered any problems.”

These on-the-water training sessions are an opportunity for the crew and the skipper of Groupama 4 to take the boat in hand and gain in confidence. “

Our ability to be able to exploit the boat’s true potential is a gradual process”, explains Franck Cammas. “We don’t want to push her to her maximum straightaway, even though the speeds reached are quickly greater than 25 knots downwind. Naturally there’s nothing extraordinary about that and you always feel like you’re going fast when you’re sailing alone, without fellow competitors. However, it’s the boat’s attitude above all else which you can observe in such instances, because it’s the kind of wind and sea conditions we’ll see a lot of during the Volvo Ocean Race Volvo Ocean Race #VolvoOceanRace .”

Thomas Coville, for whom this was the first offshore session aboard the Volvo Open 70 Groupama, couldn’t conceal his delight: “It’s really enjoyable to sail on a boat of Groupama 4’s calibre. I think everyone was apprehending this lively sea trial and anxious to see what she was made of. Today, we feel a deep sense of satisfaction and we’re extremely proud to see that after just a matter of days, we’re capable of pushing the boat in the way we did for twenty-four hours.”

From the Morbihan region in SW Brittany, the sailor has a feel for the right formula and admits that “even though it’s very wet, even though it might seem crazy from the outside, I didn’t make a mistake, it really is exactly what I wanted to do!”

Back in port, the sailors draw up their assessment with the shore team, noting the innovations which have been validated and the points to be improved on.

“There are a multitude of details to be checked, as is always the case on a boat: you could spend your whole life on such things!” said Thomas Coville ironically.

In order to optimise the new monohull, which only came out of the yard about a fortnight ago, she has been lifted out onto the hard and had her mast unstepped. Groupama Sailing Team will also benefit from this spell out of the water to carry out a complete scrutineering session, which involves measuring all the boat’s specifications: length, draught and weight… so as to get as close as possible to the limits set by the rule.

From Wednesday, the monohull in the colours of Groupama will once again be afloat before being christened on Saturday 11 June 2011 at 1400 GMT in Lorient Lorient L’actualité du port de Lorient et de sa région. . Groupama 4 will then head off to do her 2,000 mile qualifier before taking part in her first race, the Fastnet Race (14-16 August 2011), where she will come face to face with another Volvo Open 70. 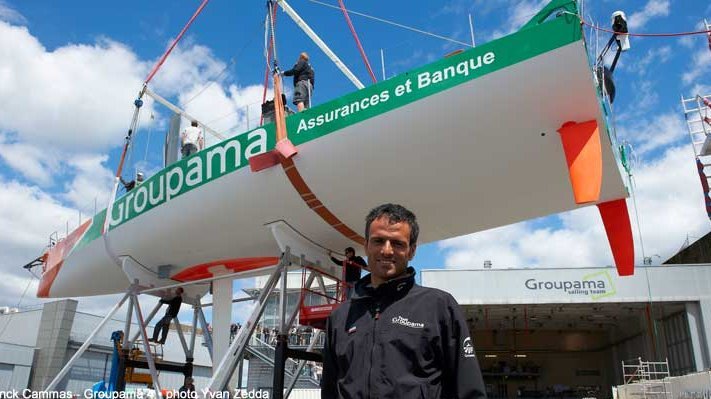 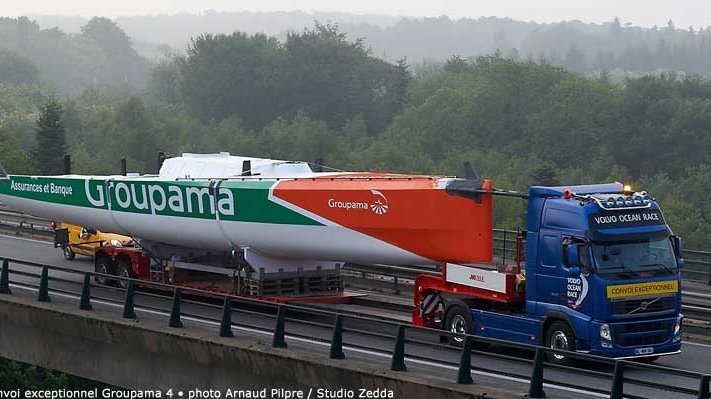 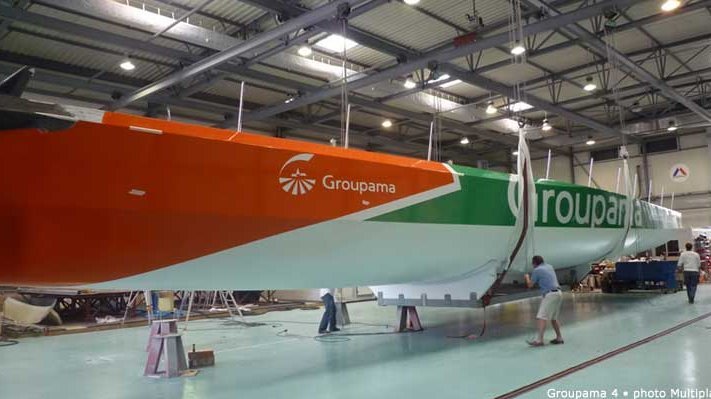 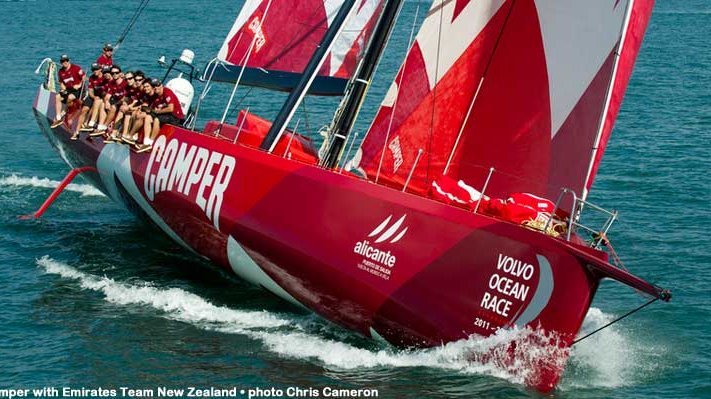