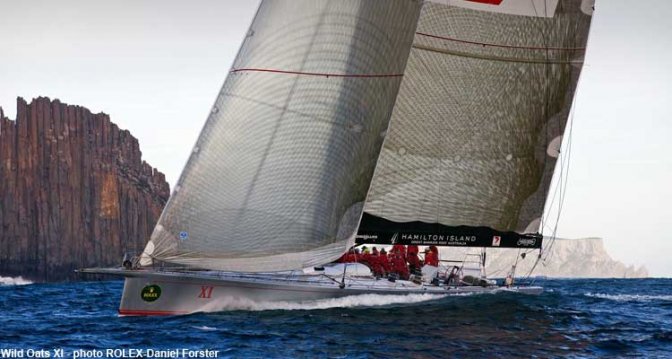 Bob Oatley’s champion 100-foot supermaxi Wild Oats XI has reasserted its claim as one of Australia’s greatest ocean racing yachts by being first across the Rolex Sydney Hobart finish line.

After storming to the finish at 15-19 knots of boat speed over the final miles, Wild Oats XI reached the finish line off Hobart’s historic Battery Point at 8:37pm this evening, Tuesday 28 December.

Wild Oats XI has been named the provisional line honours winner of the Cruising Yacht Club of Australia organised race pending the decision of the International Jury over a protest by the Race Committee regarding their HF radio. The jury will convene at 1:00pm on Wednesday 29 December at the Royal Yacht Club of Tasmania, the race finishing club.

Wild Oats XI, from the Reichel Pugh design board, led the 87-strong field out of Sydney Harbour after the 1pm start on Sunday afternoon and held pole position for the entire 628 nautical mile race, finishing 30 nautical miles ahead of her nearest rival, Sean Langman and Anthony Bell’s supermaxi Investec Loyal, with Matt Allen’s Ichi Ban a further 51 nautical miles behind and currently in third place.

Wild Oats XI’s elapsed time was 2 days 7 hours 37 minutes 20 seconds with an average speed of a tad over 11 knots of boat speed over the challenging course.

This year the boat contested many more offshore races and spent significant time on the water ironing out the wrinkles and perfecting the teamwork of a crew comprising some of the biggest names in Australian and New Zealand ocean racing, and now with a staggering 220 Rolex Sydney Hobarts between them. A number of modifications were also made to the boat to improve her upwind performance.

Richards has long resented suggestions that Wild Oats XI was just a fair wind flyer. Her dominance throughout one of the toughest Rolex Sydney Hobarts in recent years should silence the sceptics once and for all.

As in previous years Wild Oats XI will only have a short stopover in Hobart, the delivery crew due to push off between 9:00am and midday tomorrow, Wednesday 29 December, as planned to return to Sydney for the annual Pittwater to Coffs ocean race which starts January 2, 2011. 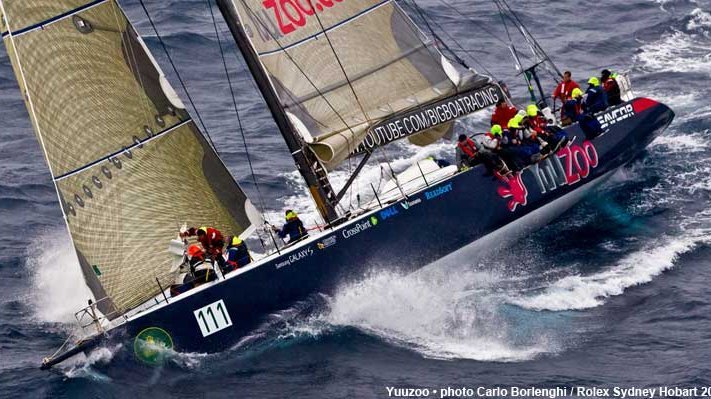 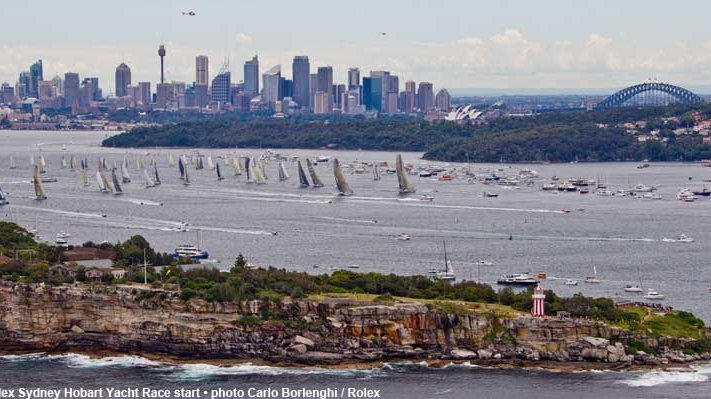 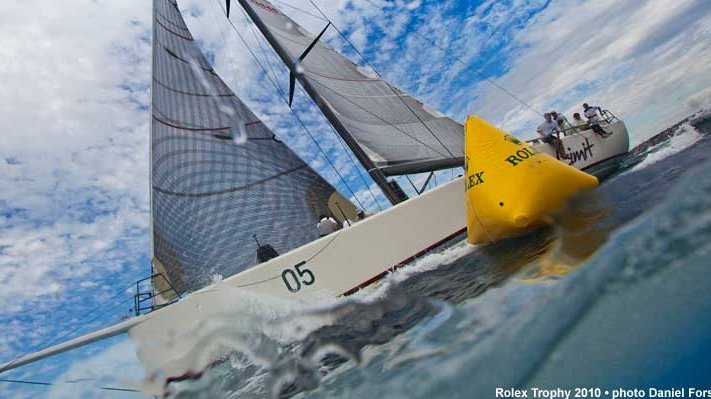 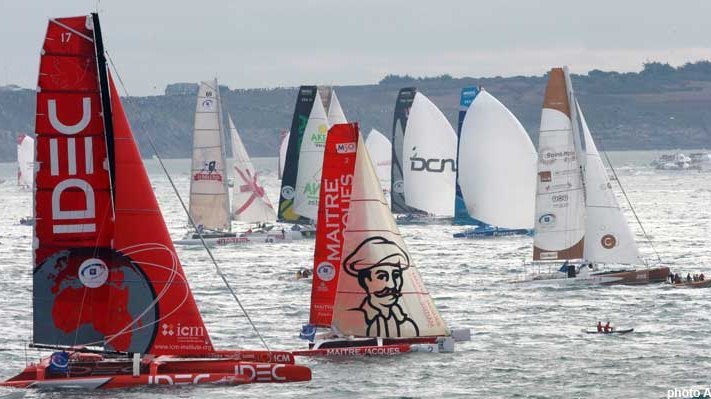