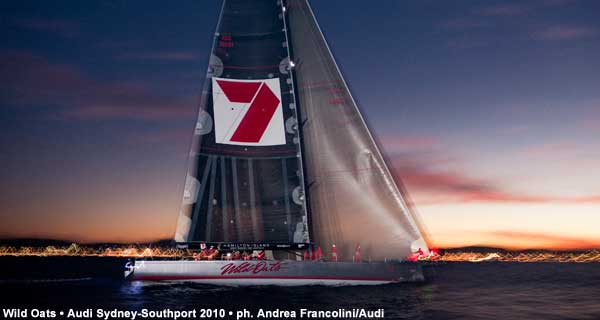 With the lights of the Gold Coast beckoning and the seas relatively calm, the silver and red hulled bullet from the Reichel Pugh design office finished with a beautiful evening nor’west breeze of 8 knots.

It’s been an eventful race for the winning crew, arriving at Southport this evening minus their bowman Tim Wiseman who underwent surgery today in Sydney on his injured right hand. According to skipper Mark Richards there is no nerve or bone damage to the index finger and Wiseman is expected to make a full recovery.

“It was unfortunate the race didn’t go without its glitches but it’s all part of the shakedown,” said Richards tonight.

After being beaten across the line in last year’s Rolex Sydney Hobart Yacht Race Richards swore their campaign would shift gears dramatically and it has, the two-boat program the first step in the supermaxi’s planned comeback.

Referring to the accident Richards continued, “The one good thing with this program is everyone handles those situations well and by the book. Tim was well looked after by the crew who have plenty of first aid training. He was on oxygen and strapped up quickly and we knew we had to get him to the nearest port.”

Despite the accident Richards said it was a very enjoyable ride north with large pods of dolphins and whales, including pilot whales, sighted.

“Last night we had some fantastic fresh running conditions, which was lots of fun. We hit a top speed of 30 knots and we just chipped away, sailing back through the fleet.”

Richards acknowledged the crew injury and transfer at Newcastle, which added 3-4hrs to their race time, most likely cost them the longstanding record Record #sailingrecord , but he’s more interested in the lessons learnt. “Records are tough things to break,” he suggested.

Oatley’s team of 31 crewing the two boats, the 100 footer and 66 footer, has tonight taken out the quinella, the Iain Murray skippered Wild Oats X finally shutting down Peter Harburg’s sistership Black Jack, the hometown favourite that duelled with the Sydney pocket maxi for most of this race.

Wild Oats X crossed the finish line at 21:47:39 this evening and Black Jack is due to finish third at around 10.30pm.

On Wild Oats X getting the jump, Black Jack’s crew are scratching their heads. “We aren’t really sure how they split from us,” said navigator Ed Smyth on approach to the finish line. “They just managed to sneak by when the breeze softened and both of us were on the wind.”

With yet another line honours trophy secured, Mark Richards and half the crew were transferred to the finish club, Southport Yacht Club, by RIB to celebrate their win while the rest of the crew have taken the boat onto Hamilton Island.

Due to depth issues in the Gold Coast Broadwater, the four-time Rolex Sydney Hobart line honours winner and possibly Peter Millard and John Honan’s 98 footer Lahana have to head to deeper ports to berth. 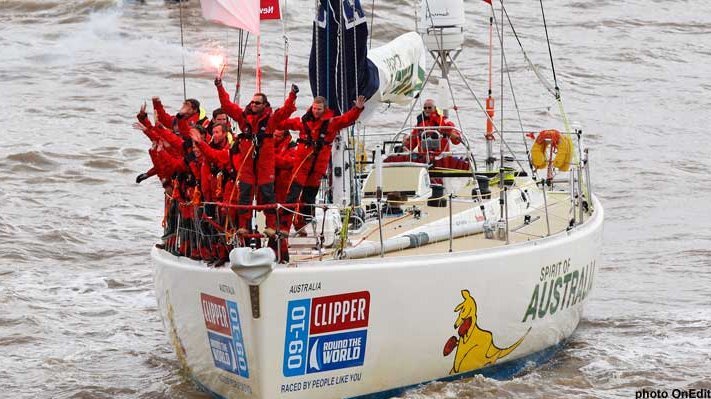 Round the World Yacht Race : Spirit of Australia wins Clipper 09-10 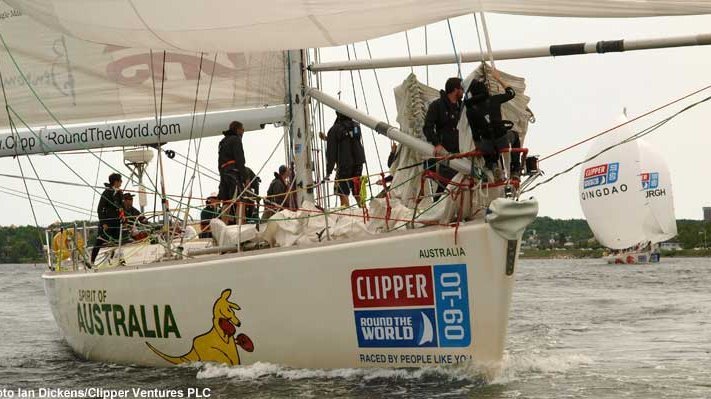 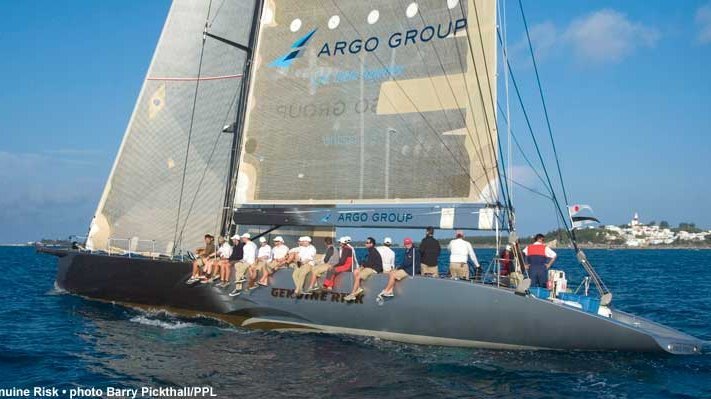 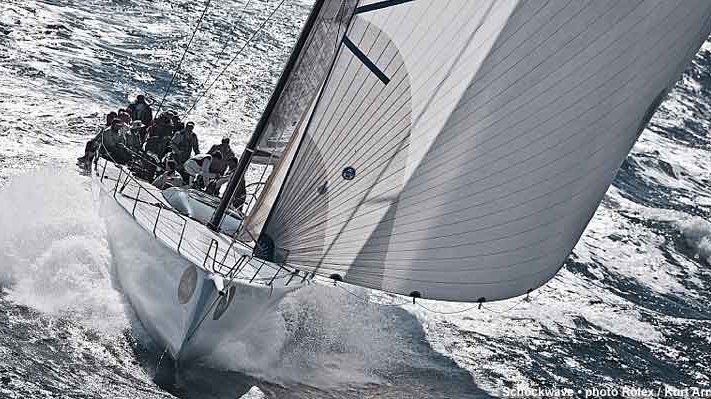