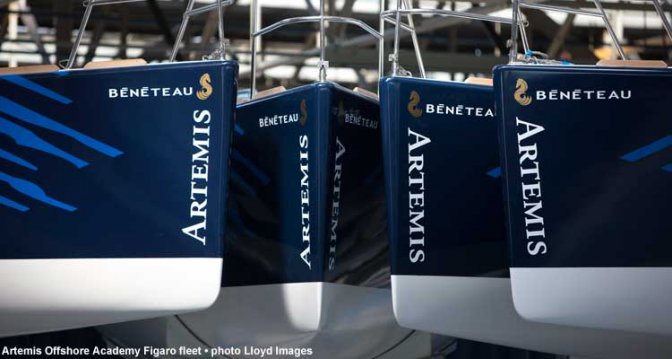 French sailors are the best in solo offshore racing thanks to their Figaro-Bénéteau and mini 650 Mini 650 #mini650 circuit. Mark Turner who manages the Artemis Ocean Racing knows it very well. That is why he made Artemis invest in Figaro-Bénéteau boats. Four of them have been launch last Monday. Brits prepare they futur solo offshore sailors to compete the frenchies in the Vendée Globe !

With a long-term aspiration of putting a British sailor in a position to win the solo Vendée Globe in 2016 or 2020, the Artemis Offshore Academy is being formed to secure a pipeline of up-and-coming sailing talent. The Academy will provide a structure that can help all whose potential is yet to be fully realised.

An Advisory Board has been established to oversee the creation of the Academy with the objective of defining the selection and training process. The Advisory Board will consist of 6-7 ‘industry’ non-executive directors including Rod Carr (ex-RYA Chairman) ; two leading current short-handed sailors ; Gilles Chiorri (OC Events Director and former top Figaro sailor) ; Edward Gorman (former sailing correspondent, The Times, now Deputy Foreign Editor) ; and Mark Turner (OC Group CEO) who can provide the necessary guidance and expertise. The Advisory Board will also start the process of recruiting the best coaches and mentors for the programme having studied and experienced the French training schools in Port La Foret and Le Grande Motte where Jonny Malbon has been training all winter for this year’s Figaro season.

“France are the benchmark nation in the single-handed ocean racing arena,” said Rod Carr. “In order to help move talented and determined British sailors from their current position to winning a race like the Vendée, we need to put in place a structured training programme that focuses the best advice in the world on a small group of talented sailors. Britain has the talent and technology to match France’s current domination in this field - what we lack is a coordinated, co-operative approach that supports a personalised training programme for every sailor in the squad.”

The Artemis Offshore Academy will operate from a variety of bases to maximize the effectiveness of the training in British waters during the summer, including the Weymouth & Portland Sailing Academy, and in the South of France, La Grande Motte, already an established French Figaro school, in the winter. Four Figaro One-Design boats have already been purchased and are being refitted at OC’s Cowes base.

The Academy will focus on three groups of sailors :

Development Squad of 8-12 sailors training on the Figaro boats, developing skills and able to qualify for the ‘Scholarship’ programme in the Figaro Class or Mini.

Associate Sailors who have managed to get funding for their own campaign, may own a Figaro themselves, but who would benefit from the Academy’s coaching programmes.

Ambassador Sailors who are already competing on the international short-handed stage but can benefit from being part of a knowledge sharing and coordinated training programme and, ultimately, assist in the career development of the next generation of short-handed sailors.

The aim is to have the first trainees on site from September with up to a dozen students training full-time and others on part-time or specific training modules. A selection process will take place twice a year in spring and autumn.

Samantha Davies, who skippered AOR II in the 2009 Transat Jacques Vabre Transat Jacques Vabre #TJV2015 , commented : “I would say that my success in the last Vendée Globe was thanks to the ‘path’ I took to graduate into being an IMOCA Imoca #IMOCA 60 skipper. For me the Figaro is a compulsory step towards the Vendée Globe. What you learn in the Figaro is directly applied to your IMOCA Imoca #IMOCA 60. It is in this class that you learn the basics of top-level competitive solo-sailing, such as, auto-pilot management, sleep management, seamanship in storm conditions. In the Figaro Class solo racing is done at Olympic standard with respect to tactics, sail trim and rig tune, so if you are not training like an Olympic athlete you will not win ! This is why a squad-system is the way forward. I benefited from the training with the Port La Foret squad as there was nothing available in the UK. The Academy will now be providing British short-handed sailors with the training base that we have been missing up until now.”

A shorter-term outcome of the programme will be to get the Academy trainees competing on the Figaro and Mini circuit before moving on to Class 40 and IMOCA 60 racing which is the natural progression to the top of the solo world.

More about the Artemis Investment Management in sailing here : www.artemisoceanracing.com 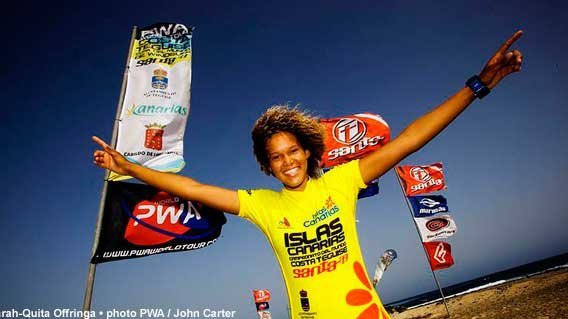 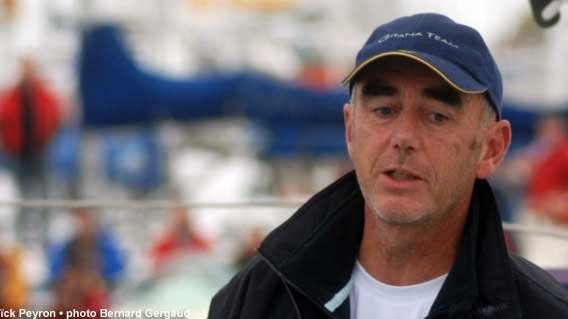 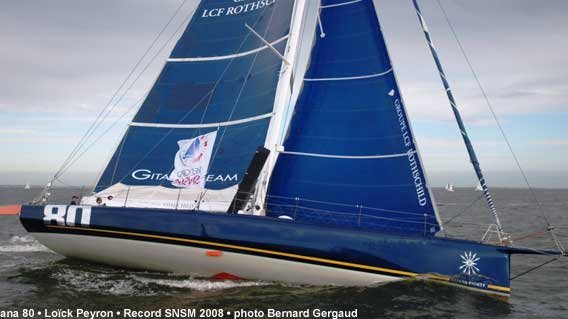 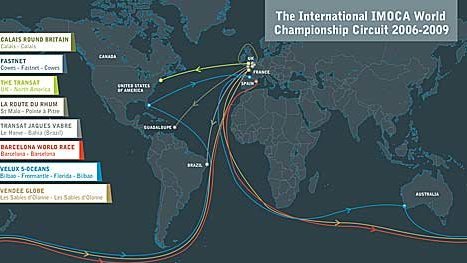