Paul Larsen : "we hit a rogue wave… that size" 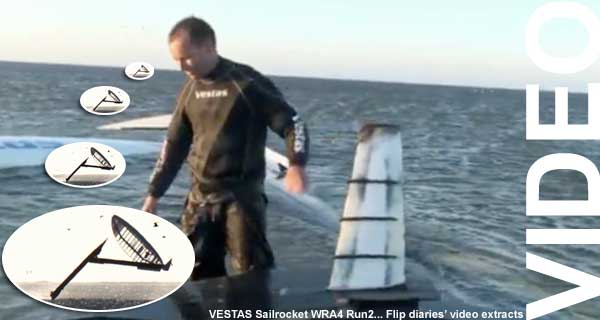 Whilst making on Wednesday 7th the first ’full-on’ run of their 4th outright world speed sailing record Record #sailingrecord attempt, Paul Larsen had a main foil Foil #foil failure at the end of the run. This resulted in a loss of down force to react the up force of the inclined wing and Vestas Sailrocket took to the air.

Paul Larsen (in his blog) "we did a run in gusty conditions with recorded winds during the run ranging from 18.6 to 26.3 knots. The run started slow and peaked at 52.8 knots going past the timing hut... with no main flap on (approx. 4 knots still up our sleeve)... I got the flap on and pushed on trying to make this run count. At the end of the course we hit a small freak wave (a last remnant of the North bound Atlantic swell that wraps around the distant Pelican point and rolls back up the bay). The front end got ’boosted’ and it appears that the main foil Foil #foil failed at the top inboard tip due to the centre of effort moving rapidly down with the boat fully loaded at around 48-50 knots.

… We will go through the foil Foil #foil failure and work out a repair.

…It will take us 7-10 days to be back in action. The boat will be better than ever and we remain undeterred. we know this particular boat is far from perfect... but we also know first hand that it is bloody quick and that on its day it should be able to top Hydroptere’s current record Record #sailingrecord ."

More info about the Vestas SailRocket :

Video : 103 surfers on the same wave in South Africa 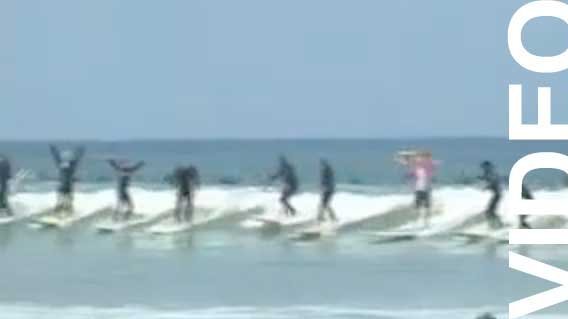 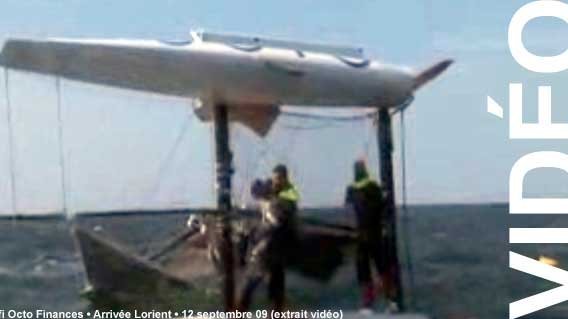 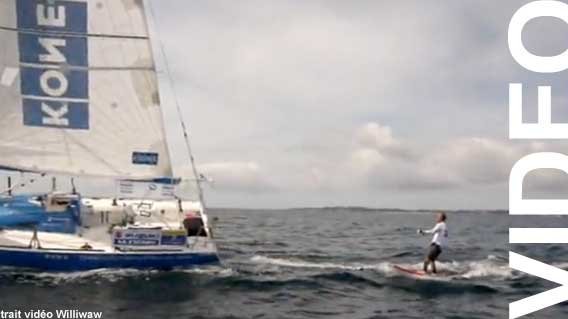