Charlie Dalin keeps his advantage in the serie division 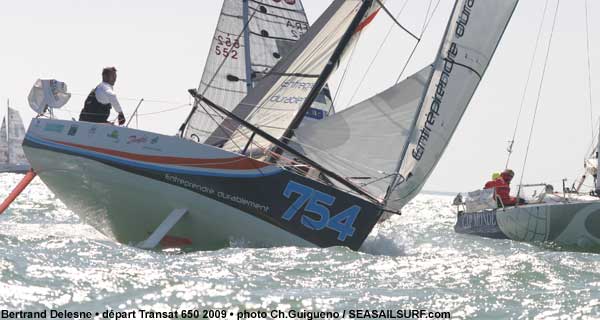 Leg 1 winner at the helm of his his Manuard deisgn, Entreprendre Durablement, has still the race in hands when crossing the Cape Verde Islands. After the Canaria islants and before the doldrums, the 32 years Breton sailor passed the archipelago close to the direct road which goes to Salvador de Bahia. Sailing at 7 knots, he is few milles away from Thomas Ruyant and Henri-Paul Schipman. In the serie division, Charlie Dalin, second of leg 1, has a large lead over Ricardo Apolloni, 22 milles, and Francisco Lobato…

All sailors who have at one time or another known the vicinity of the islands of Cape Verde will tell you, you must be aware in there. At first, you cross Sal, a welcoming island, flat as a hand. You leave it portside and down sail south confident. You overpass Boa Vista, Praia, and there you will see Mount Fogo. You Jibe 90 degrees to avoid the becalmed. And the anxiety begins. How far should I go from it ? Am I far enough ? Then I finally should I go ahead south ? Therefore, most skippers sail away from this trap by going the further west possible. Bertrand Delesne (Entreprendre Durablement) was not afraid. He headed to it frankly as Corentin Douguet did in 2005. Then he turned a little west extending his route very shortly.

The Cape Verde’s funnel ! And in the end, ultimately, Cape Verde just recentered the fleet and the previous options are no longer so decisive as they should be. And the gaps are still much the same : Thomas Ruyant (Faber France) is 20 miles, Henri-Paul Schipman (Maisons de l’Avenir Urbatys) 25 miles, Fabien Despres (Soitec) 39 miles, Nicolas Boidevezi (Défi GDE) 60 miles. But behind those who have also opted for a crossing in the center of the Cape Verde islands have yielded nothing either. They are here, almost edge to edge as Stéphane Le Diraison (Cultisol-Marins sans Frontières), Olivier Avram (Cap Monde 2), Sébastien Picault (Kickers), François Cuinet (Plan Jardin), are. They all prepare themselves to face the biggest piece of the second stage the famous and feared doldrums. On Friday, it was 12° North. 24 hours later it was 10° North. This announces a nice jibes game.

If Charlie Dalin (Cherchesponsor-charliedalin.com) keeps the pressure and heads to the centre of Cape Verde, behind are the Italians Ricardo Apolloni (My Vie pour Mapei) and Luca del Zozzo (Corradi), the Portuguese Francisco Lobato (ROFF TMN) and Xavier Macaire (Masoco Bay) that sail on parallel roads. The endurance race is announced, and perhaps, it will become a sprint race. And in this game, it seems that Lobato has one of the best boats. And Macaire, a former dinghy sailor and excellent helmsman, is the best able to tickle the Portuguese in a edge-to-edge race. That announces ten days of great and exciting racing. 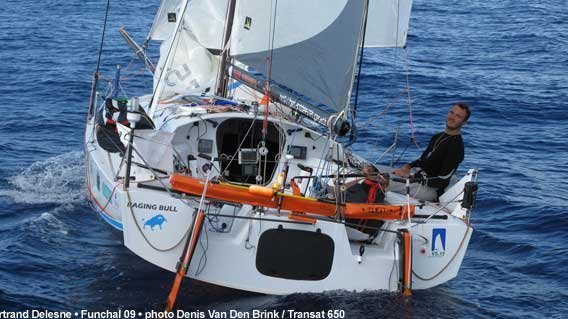 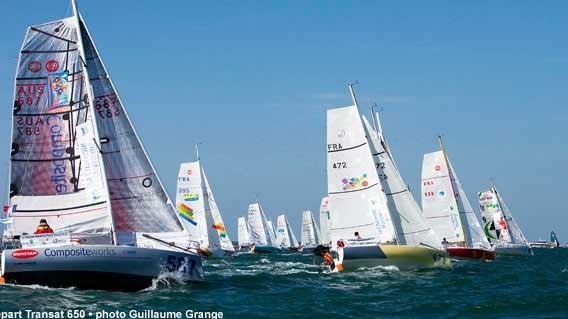 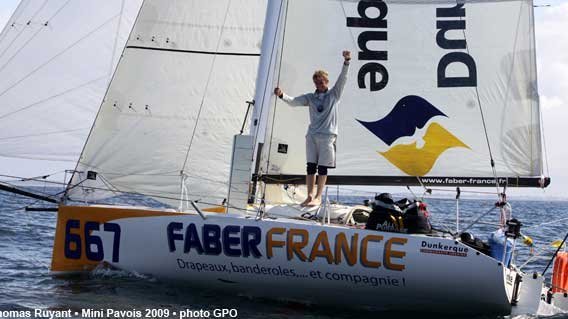