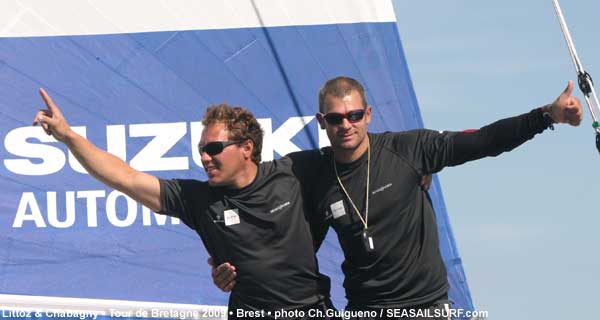 Thierry Chabagny and Alexis Littoz stood out by the middle of the afternon in Brest Brest #brest Roads for the third stage of the Tour de Bretagne à la Voile. The 34 Figaro-Bénéteau have left Perros-Guirrec on Monday evening, and have reached the Aber-Wrac’h by night to then head toward Brest Brest #brest by dawn and in the mist. At the end of this third stage, victory went to the crew of Suzuki Automobiles ahead from Luisina (Drouglazet & Pellecuer) who now take the lead of the overall ranking. 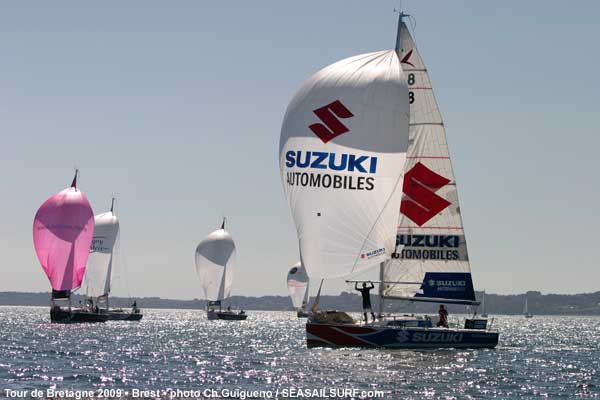 After a whole night of motorised convoying, and a stopover in the Aber-Wrac’h marina, Loïc Ponceau, race overseer, and Jean Coadou, Race Committee Chairman ;, gave competitors a fresh start by dawn this Tuesday morning. On the third attempt, Race Committee had to flash seven crews in forbidden position beyond the start line prior to the liberating gunshot. Those seven, including the winner of both first legs, sailboat Espoir Région Bretagne steered by François Gabart and Jean-François Cuzon, were penalized by 7 points.

« We left under the black flag on the 4th attempt » remembered Eric Drouglazet. « From the Grand Basse de Portsall to Swansea Vale and until we reached tne entrance of Camaret, we were in the mist. In Portsall, we took the lead and, when the mist cleared up, we were fifth. So, we went South looking for the synoptic win. We jibed with Suzuki and took a kick in the bottom with the current. That’s the whole story ! » Luisina’s skipper, teamed up with Laurent Pellecuer is now the new leader of the race after the first three stages. « Even without penalties, we would still be first overall, for we only were 6 or 7 points to make up for » he insists for pointing out.

If the story turns out fine for the pink spinnaker of Luisina, so does it for the white one from Suzuki Automobile of Thierry Chabagny and Alexis Littoz. The Figaro Bénéteau’s full-time skipper and his crew coming from match-racing match-racing #MatchRacing won the leg thanks to a wonderful maneuver initiated by the match-racer. « We jibe at the exact right moment before entering the bottleneck [NdT : to Brest Brest #brest Roads] » Thierry explains. « Victory for this leg must have been played on this perfectly placed jibe for slipping ahead and winning a 2 to 3 lengths advance that we managed to keep until the finish line. » Alexis fills in.

Behind both these crews, the rookies from de Port de Caen Ouistreham hit the third step, but they end up being penalized by 7 points as well. « We were up for it ! On that type of leg, it was really important to take a good start, but we ended up trapped in the dying current » Fabien Delahaye, who points out that a place among the first ten still is a good position in a race that is played by the low points rules, explains. Tenth in Brest Brest #brest , François Gabart and Jean-François Cuzon pile up 17 points on that stage, and loose their advantage in the overall ranking. They end up fifths, 8 points far from Luisina. "We took an early start, and then we tore out our spinnaker while we were in 5th position. 7 points penalty and 5 points for the spi, that’s a lot for one single day. But we are still fifths overall, halfway down the race, and tomorrow we’ll give everything for the courses in Brest Roads. Jef is a local ! And anyone can take a penalty before the end of the race. So, everything is fine ! " François Gabart comments. For the rookies, Fabien Delahaye and brestois Paul Meilhat onboard Port de Caen Ouistreham keep the lead.

This Wednesday, the 34 crews will stay in Brest and struggle on two courses within Brest Roads, that might turn the rankings upside down. Two years ago, on the two courses ran in Douarnenez Douarnenez #Douarnenez Bay, Eric Douglazet, who was then teaming up with Jean-Pierre Nicol, was in the overall leading position... and then found himself tenth at the end of an epic day. « We’d better be good on those windward-leeward courses on Wednesday in Brest. It’s a really risky day » warns Laurent Pellecuer. 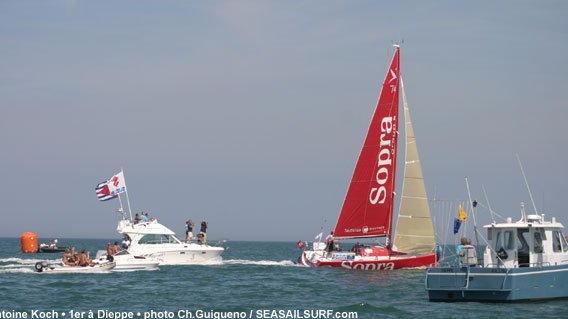 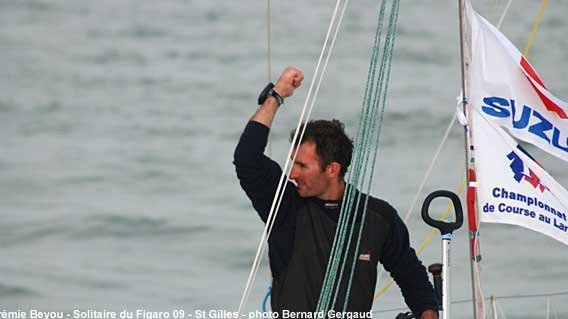 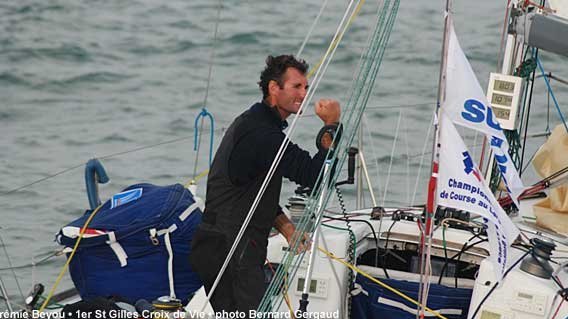 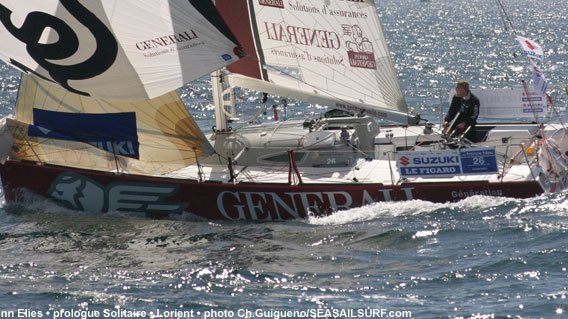