Solo round the world record

Thomas Coville back to Brest after 59d 20h 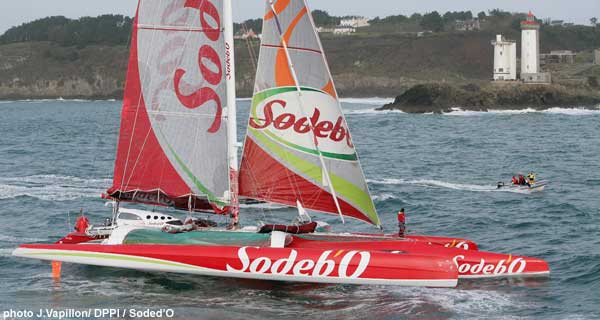 Thomas Coville crossed the finish line on his solo round the world record Record #sailingrecord attempt aboard a multihull today, off the Petit Minou light in Brest Brest #brest , Saturday 17th January at 10 hours, 41 minutes and 57 seconds UTC.

The sailor and his Maxi Trimaran Sodeb’O thus completed their circumnavigation of the globe in 59 days, 20 hours, 47 minutes and 43 seconds. He is the third sailor after Francis Joyon and Ellen MacArthur to have successfully sailed around the world without stopovers. Each of them, as well as Olivier de Kersauson, have paid tribute to the skipper of Sodeb’O and his performance.

Alone aboard a demanding 32 metre long boat, constantly pushing back the limits of extreme fatigue, Thomas Coville racked up the 4th best outright time around the globe, behind the crews of Bruno Peyron (2005) and Steve Fossett (2004) and the solo sailor Francis Joyon (2008). Though he was unable to outdo Francis Joyon’s performance in terms of speed, during his circumnavigation of the globe, Thomas Coville beat his own 24 hour distance record Record #sailingrecord on 7th December 2008 : 628.5 miles (1,164 km) devoured at 26.2 knots (48.5 km/hr) !

At the harbour entrance in Brest Brest #brest , the three metre waves of the Iroise left the way clear for a good swell. Under one reef mainsail and solent, downwind in a 15-20 knot SW’ly, the Maxi Trimaran returned to the point she set out from on 18th November 2008. Thomas crossed the finish line standing on the bow of the central hull, his hands in his pockets.

Francis Joyon : "Bravo Thomas. Although you weren’t victorious the record Record #sailingrecord only just escaped you and, most importantly, you managed to overcome all the difficulties and all the risks, which form part of the charm of a solo round the world aboard a multihull. That in itself is a real success : welcome to the non-stop round the world multihull fanatic club to which there are just 3 members for now with Ellen ! I followed your voyage without ever doubting that you could make up your deficit, because the detour you had to make on the descent of the Atlantic would be compensated by the headwinds that I encountered on the climb up that stretch of ocean. It’s exciting to see that on such a long voyage, you can compensate for the favourable moments of weather and things all balance out in the end ! ”

Ellen MacArthur : “Only three people in the world know the brutality and stress of a round the world without stopovers aboard a multihull. One of them, a certain Mr Thomas Coville, has just arrived in Brest Brest #brest . For the majority of those who will celebrate his arrival, the feat will inspire admiration and respect, and I shall doubtless be the most devout of these admirers. I’ve had experience of this event, I’ve lived it… but Thomas did it so much faster than me, on a more demanding boat, and he was battling against a reference time that was a lot more difficult to reach ! Thomas, words cannot express what you’ve just experienced, but you know… and you know that I know. I have the utmost respect for what you’ve just achieved. You’re a hero.”

Olivier de Kersauson also paid tribute to the performance of his former crew on the victorious Jules Verne Trophy campaign in 1997 : “It’s the value of battles which counts ; victories are the icing on the cake. After that it’s down to fate and there are things you can’t fight against. You can’t fight against a hostile weather system. Multihulls are stressful boats to drive at high speed. There are no second chances. If a mistake leads to you flipping the boat over, it’s really over. Given the time he achieved along the course with the weather he had, he really pulled out all the stops ! That’s the nobility of this sport. Nobody can be expected to do the impossible ! I am all for commitment and I reckon that setting off on a multihull around the world is a fantastic thing, though it is risky, treacherous, dangerous, intelligent and aggressive. At the point where you’ve given something your all, you can’t be sad about it. What Thomas did in the Atlantic is the result of real knowledge and a real mastery. Both he and his boat are capable of the record ; they’ve had really unfavourable weather. It’s not humiliating. Of course he’ll have to start over again, but that’s how things become more refined. That in no way prevents me from paying tribute to his fine sailing, especially given the hostile conditions.”

REMINDER OF THE INTERMEDIARY RECORDS

During this circumnavigation of the globe, Thomas Coville improved on his own outright 24 hour distance record on 7th December, covering 628.5 miles at an average speed of 26.19 knots (compared with 619.3 in 2007) 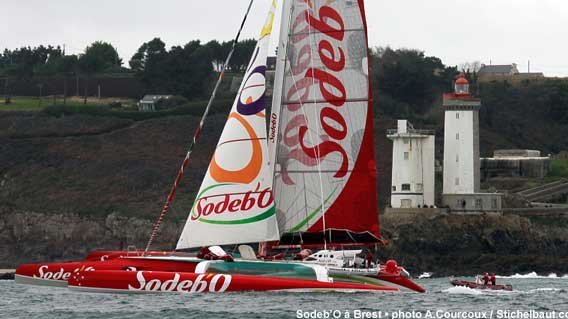 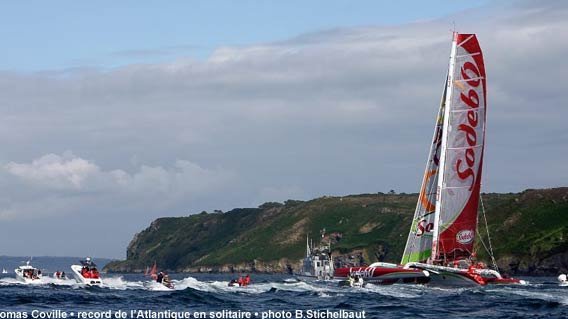