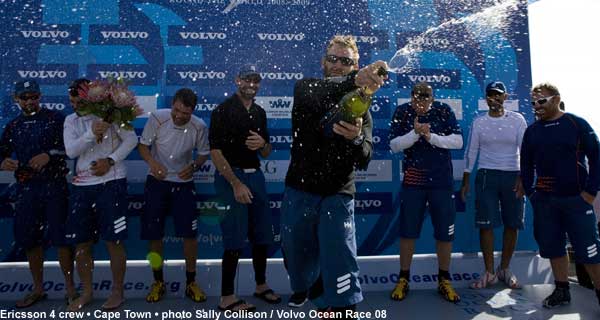 It’s a win for Torben Grael/BRA and his international crew from Ericsson 4 as they crossed the finish line at 0554 GMT (0754 local time) as dawn rose in Cape Town today. The team took 21 days, 17 minutes and 54 seconds to complete this, the first leg of the Volvo Ocean Race Volvo Ocean Race #VolvoOceanRace , which started from Alicante (Spain) on 11 October. At 6.500 nm, leg one is the second longest leg of the race. 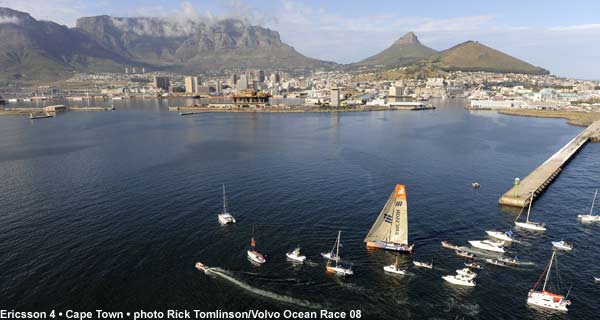 The leg win is worth 8 points, which, when added to the points already on the board for Ericsson 4 from the Alicante in-port race (2.5) and 3.5 for passing the scoring gate at Fernando de Noronha in second place, brings their overall tally to 14 points. Ericsson 4 leads the race overall, just one point ahead of PUMA (Ken Read/USA) provided she finishes in second place.

On stepping ashore, Grael said : “It’s really fantastic to be here. It was a great trip with lots of speed and I am very happy with what we have achieved. I think we had PUMA in visual for about 70 per cent of the race and I am very glad that we were ahead at the scoring gate and at the finish. It feels great to win.”

Navigator, Jules Salter added, “It’s really good to be here. It is always good to be in Cape Town. It was an eventful race ; I really can’t remember most of it, but it feels really great to be in the lead from the very beginning.”

After leading the fleet at the start, Ericsson 4 made a detour to the Cape Verde islands to evacuate trimmer/helmsman, Tony Mutter/NZL, who had an infected knee. From that moment, the crew was a man down, sailing with a crew of nine men and missing the helming skills of Mutter.

Losing an estimated 50 nm to the fleet while the evacuation took place, Ericsson 4 then began the long haul back up the leaderboard and, by day 8, 18 October, they were back in third position, 56 nm behind PUMA. The vagaries of the Doldrums then caused havoc as the boats wildly oscillated up and down the leaderboard trying to make the most of squally conditions.

It wasn’t until they rounded the scoring gate at Fernando de Noronha, off the coast of Brazil, that Ericsson 4 pounced on PUMA and stole her lead, just momentarily, on the distance to finish data. Although Telefónica Black (Fernando Echávarri/ESP) went to the top of the table for a few moments based on their easterly heading, the real fight remained between Ericsson 4 and PUMA.

As the two leading boats sailed south, skirting the South Atlantic High, PUMA was clinging to Ericsson 4’s coat tails. The two racing yachts were often in sight of each other, even though over 3,000 nm of the course had already been sailed.

“We have had some interesting skirmishes with PUMA throughout this race and again we find ourselves within four miles of each other, with them in the ascendency,” wrote Ericsson’s British navigator, Jules Salter, on day 17.

As the depression in the South Atlantic aligned itself perfectly to fire Ericsson and PUMA towards Cape Town, records were clearly up for grabs, although Grael said at the time that his focus was on winning the leg, and not setting new records. PUMA was back in sight of Ericsson and neither team had any intention of backing off. “We knew they would be back,” said PUMA’s skipper Ken Read. “We will keep the pressure on,” he said.

By day 19, Ericsson 4 had broken loose, and PUMA was trailing them by 34 nm when Ericsson set the new 24-hour world record. As Ericsson rode the front, they extended away, displaying a foot perfect display.

Ericsson 4 continued her dominance at the head of field right into Cape Town where she finished 135 miles ahead of PUMA. Current estimates show a late afternoon (local time) finish for PUMA today, Sunday. 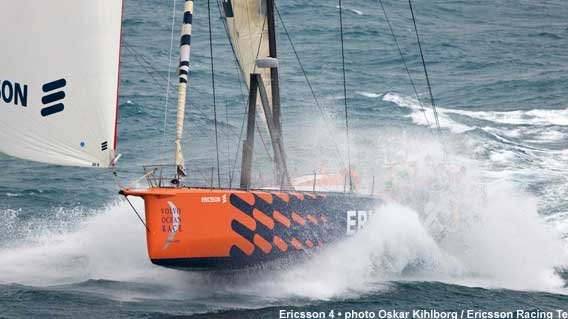 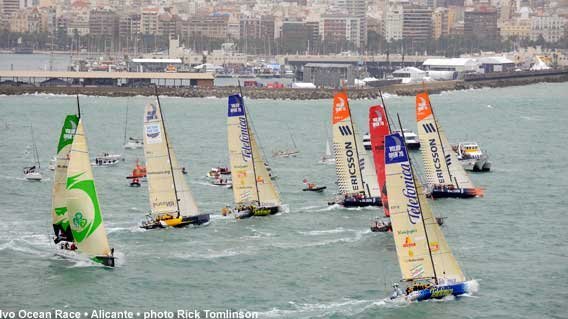 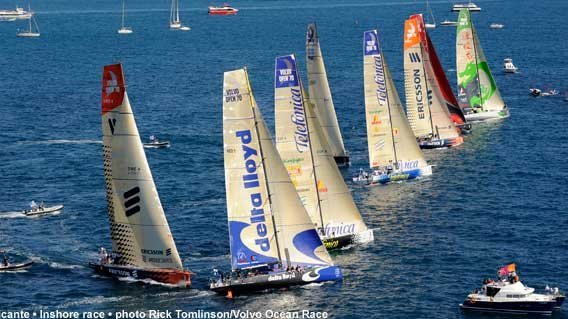 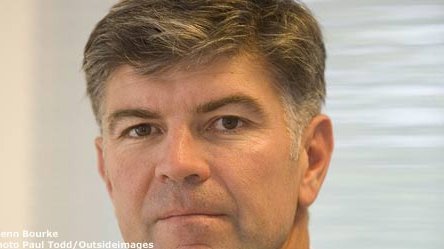