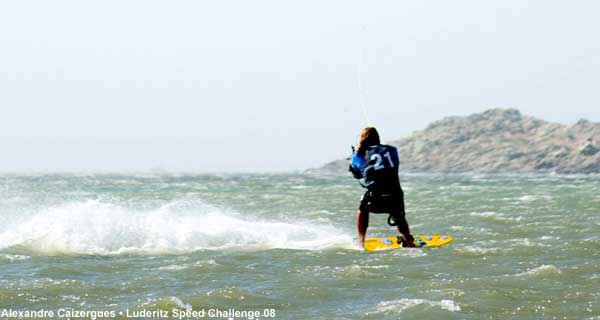 The 2008 Luderitz Speed Challenge, the PKRA Speed Final event in the same time, came to an end today with the official closing ceremony at the Nest Hotel. Big thinks have been achieved in the last four weeks, with the first man going over 50 knots and the old outright sailing record Record #sailingrecord smashed several times.

In course of time, the fastest speeds constantly changed between the top contenders Alex Caizergues, Sebastien Cattelan (all France) and Rob Douglas. Powered up as well Chris Prin-Guenon (FRA) and Hennie Bredenkamp (RSA).

Improving the racing course from day to day with sandbags and wooden barriers to stop the chop from the river outlets, the speeds improved as well. After two weeks of competition, 49 knots was nothing special anymore and it was only a question of time until the 50 would fall.

On the third of October, speeds increased and conditions became hectic. Finally, Sebastien Cattelan was the first man over 50 knots, with 50.26 in the end the magical barrier was finally broken.

With the arrival of Charlotte Consorti (FRA) the womens competition became more thrilling, and with a best speed of 44.74 knots she missed Sjoukjes best speed from the beginning of the event only closely.

The fourth of October saw racing action again, and this time it was Alex Caizergues who snatched victory with a new outright world record (subject to WSSRC ratification) of 50.57 knots

The last two days of competition saw hauling winds again, and Rob Douglas and Sebastien Cattelan took another shot at the record, but missed Alex’ best speed by only 1/100 (Rob Douglas) and 2/100 (Sebastien Cattelan) of a second. At Alex record speed of 50.57 knots this means only 26cm difference on a 501m long speedstrip between the top three contenders.

Records broken on this event (all subject to WSSRC ratification) 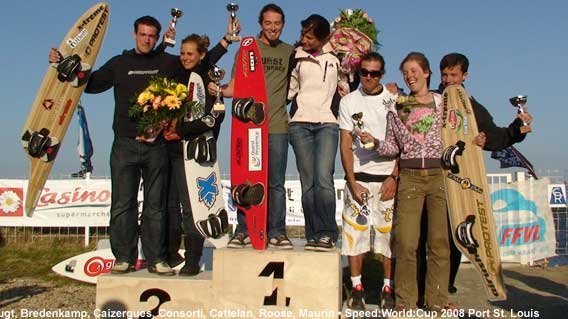 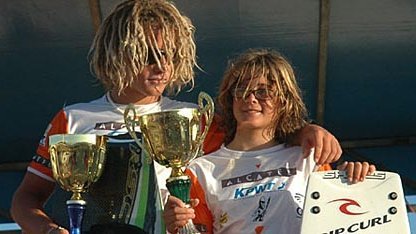