After leaving Falmouth, UK on October 12 bound for Albany, Western Australia and the start of his record Record #sailingrecord chasing attempt around Antarctica, Russian sailor Fedor Konyukhov has found the NE Trade winds and is heading south towards his next challenge – the Doldrums.

This is the third time the 56 year old adventurer has set out from Falmouth on record Record #sailingrecord attempts and for the first 10 days there was so little wind he had time to fish. He reported this week “Before I set out, friends in Falmouth presented me with an ocean fishing rod. I never thought I would have a chance to use it, but with little more than 5 knots of wind for several days I’ve caught tuna and dorado. At least it wasn’t blowing gale from SouthWest ! But now we are back to business and boat is eating miles diving South”.

At 16:50 GMT, on Sunday Oct 28 Konyukhov’s 27m (88ft) monohull Trading Network Alye Parusa was 300 miles NE of Cabo in the Cape Verde Islands, averaging 14 knots with 9,900 miles still to cover before sighting Cape Leeuwin, one of the five great Capes he must round when the Russian solo sailor sets out again in January to set a benchmark record Record #sailingrecord around the 14,600 mile Antarctica Cup track.

For the moment however, all thoughts are on getting through the Doldrums that divide the NE and SE Tradewind belts on either side of the Equator. Lee Bruce, Fedor’s American weather guru has warned the Russian sailor of the possibility of a tropical wave crossing his course.

Bruce has advised : ‘The approach to the Doldrums will involve trying to avoid losing the wind by going too far east, while also trying to stay far enough to the east so that the sailing angle on the other side of the Doldrums is reasonable. The Doldrums mark the transition from northeast trade winds to southeast trade winds, so we want to have a good sailing angle in those southeast winds, for a course that is as fast and comfortable as possible. Some tradeoff is usually needed, and the main concern is whether or not there will be a "tropical wave" on Fedor’s southward path. That could bring increased squalls, and also swing the wind direction more southerly, creating a more difficult Doldrums crossing. There is a suggestion of a tropical wave in the coming days, but so far it is depicted as being far enough west of Fedor’s route to be of minimal impact. But we will have to see how subsequent forecasts treat that feature.” 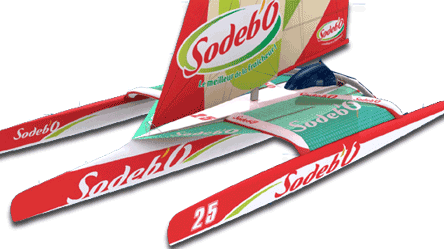 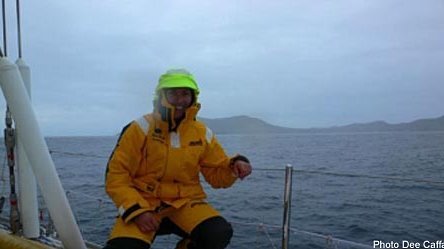