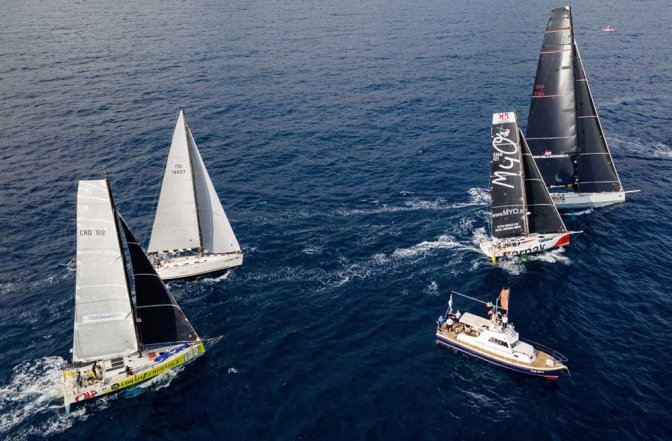 With the cannon shot from the Race Committee Boat – the Beppe Croce of the Yacht Club Italiano – the first edition of the RoundItaly Genova-Trieste officially started yesterday at 5pm. The chairman of the YCI, Gerolamo Bianchi, and the chairman of the Società Velica di Barcola e Grignano, Mitja Gialuz, launched the longest regatta of the Mediterranean.

An hour before the start, the boats slid along the exit dam of the Port of Genova in order to position themselves along the starting line, situated in front of the Sturla. The weather forecast, which had predicted strong winds and thunderstorms, luckily granted a perfect window for the departure, with wind from the South – South East, between 8 and 10 knots, and a still sea. The first to make headway after the start was, naturally, the Maxi Pendragon of the LightBay Sailing Team of Carlo Alberini, which soon enough disappeared along the horizon at around 9/10 knots. The three Class 40s opted for a conservative start by immediately putting the tacks to the left and the bow at 180°. In first position we saw Stefano Raspadori’s Karnak, followed by Cristiano Verardo’s Kika Green and Ernesto Moresino’s Ediliziacrobatica, travelling the first few miles only a few metres away from each other. At the end of the group was Luciano Manfredi’s First 44.7 Argo, with his crew composed of 4 people, all of them departing on this adventure together which will have them tour Italy’s peninsula and reach Trieste after having navigated 1130 miles. The weather forecast for the first night of navigation indicates a reinforcement of the southern winds which will compel the competitors to a first long night of upwind, whereas a decrease in pressure is expected from tomorrow, when the sailors will need to begin to study tactics and strategies in order to navigate the islands of the Tyrrhenian and thus reach the first gate of the regatta : The Strait of Messina.

As per tradition, the evening before the departure was dedicated to the briefing and the dinner with the crews. The mayor of Genova, Marco Bucci, also an experienced sailor, the chairman of the Port Authority Paolo Emilio Signorini, and the master of the house, Gerolamo Bianchi, chairman of the YCI, together with the chairman of the SVBG, Mitja Gialuz, all toasted the departure of RoundItaly, dining together with the crews and wishing them the traditional “fair winds”, for a regatta which the city of Genova hopes may soon establish itself not only at national level. The most dedicated to the cause is the Mayor Bucci, who has always been a supporter of an increasingly effective twinning with Trieste. It goes without saying that Gialuz’s reply was full of enthusiasm for the goals of the mayor, sure of the success of the event : “That it may open a new path and guarantee a grand future to both the Società Velica di Barcola e Grignano and the Yacht Club Italiano and its splendid city.”

Voir en ligne : All results regarding the different classes are posted on www.barcolana.it

Sport & communication reports : Vendée Globe 2020/21 : a wider audience than ever before 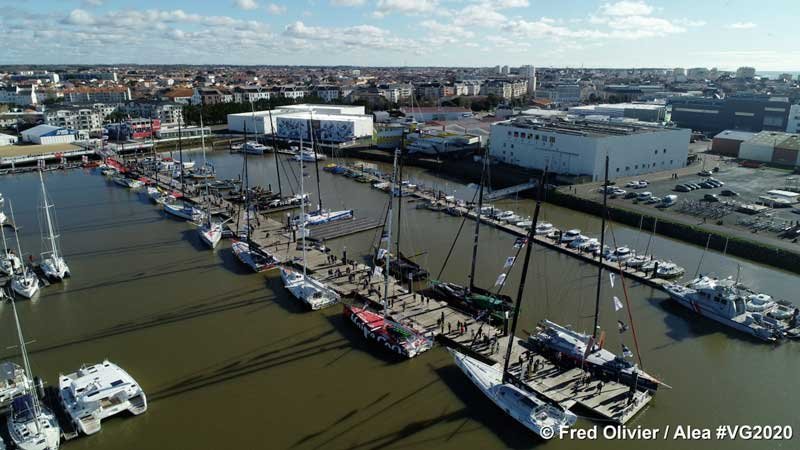 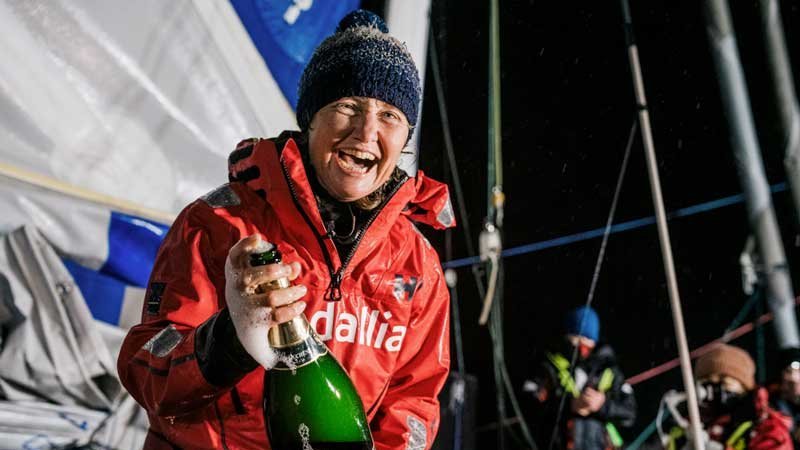 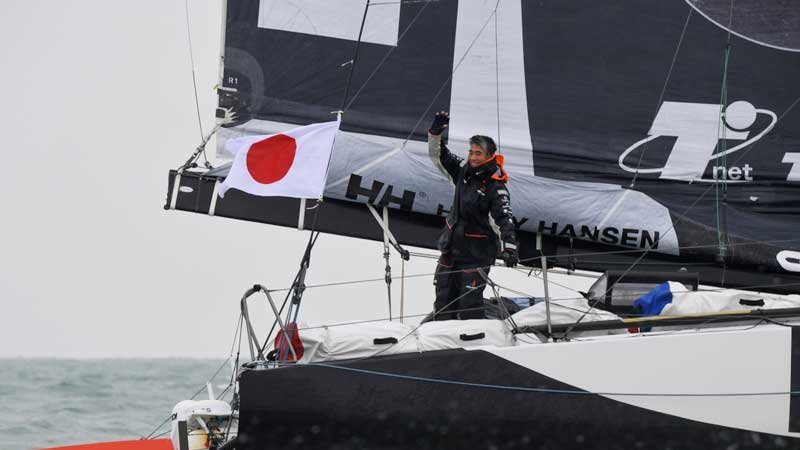 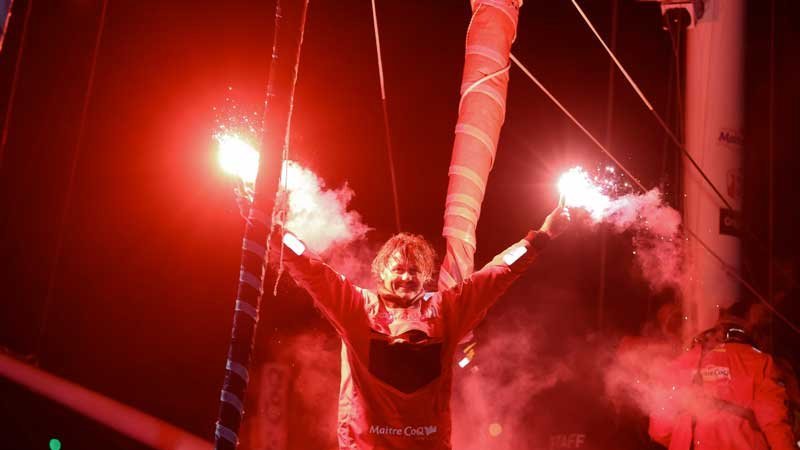