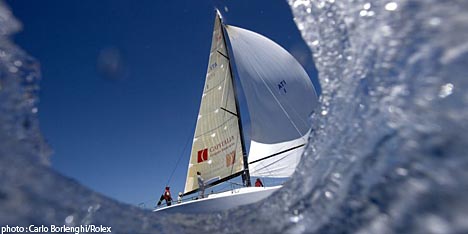 Farr 40 World Champion Richard Perini finished the Rolex Trophy One Design Series on a perfect note, recording a hat trick of victories in light and fluky conditions outside Sydney Heads. But no matter what the Australian could do, series leader Vincenzo Onorato was doing sufficient to maintain a strong grasp of the regatta, the Mascalzone Latino team recording two 2nd place finishes in the first two heats of the day.

Going into the final heat, Onorato would have to finish last or second-last with Perini winning the race for the Italians to yield victory. That seemed highly unlikely, considering the cool and consistent Italians’ worst result was a 4th. But the impossible very nearly happened.

Everything looked well within the Italians’ control as both they and Evolution rounded the first mark at the back of the pack. But Perini sailed a storming race to pull into the lead, while Mascalzone made little forward progress. Tactician Adrian Stead said they were never too concerned, however. "We only needed to beat one boat so we weren’t that fussed. We were pretty comfortable that we could keep a couple of boats behind us." This they managed, coming in 8th and winning the regatta by two points.

"To me the main races were the first two of the day," explained Stead, "and we finished on Evolution’s transom in both races. We conserved a buffer that we’d built up over the previous two days. It would have been nice to have won the last race but we’re more than happy. Richard Perini is good, he’s the reigning World Champion, and today he sailed really well - getting three 1st places. But we beat them in six out of nine, we all sailed really well and we’ve won the last two regattas we’ve done."

The series leader in the Sydney 38s had a wobbly moment during the first mark rounding of the day. Estate Master’s skipper Martin Hill was forced to gybe out of a congested windward mark situation and found himself well back in the pack, although some smooth sailing and good tactical calls from Olympic medallist Michael Blackburn saw the series leader up to 2nd by the finish. A further 2nd place in the final heat gave Martin and Lisa Hill the series with a race to spare. As it was, the 4pm regatta time limit meant the Sydney 38s never got to have their ninth race, and so Estate Master won with just 15 points to runner-up Calibre’s 40 points.

While Estate Master had victory well and truly sewn up, the battle for the other podium positions was decided by a matter of inches. Going into that final heat, Contentious Issue was in second with 38 points to the 39 jointly held by Calibre and Acuity. The final race was a nailbiter with Geoff Bonus bringing Calibre home just 11 seconds ahead of Estate Master, Acuity just two seconds behind and Contentious Issue just a further two seconds behind. So from being runner-up, Contentious Issue was relegated to 4th overall by a matter of just 4 seconds - less than a boatlength.

Martin Hill was surprised at how dominant Estate Master had been, but attributed it to some good mid-week practice sessions with the crew and a year’s sailing with Michael Blackburn as his tactician. "I’ve been helming this boat for two years now and we’ve built up a good set of numbers for tuning the boat. We’re looking towards the Worlds and we’ve been working hard recently, but we didn’t expect to see the results come so soon or so strongly. I guess we’ve raised the bar a little higher now."

Co-owner and skipper’s wife Lisa runs the pit in the middle of the boat. After three glorious day’s racing outside Sydney Heads in predominantly light and almost Mediterranean conditions, Lisa commented : "Like the Mascalzone Latino guys in the Farr 40, I’m Italian, so I’m looking on today as a double victory for Italy." 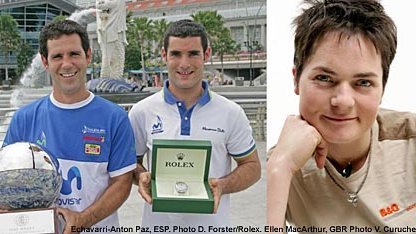 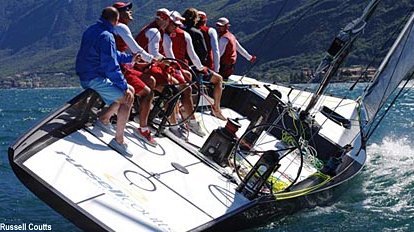 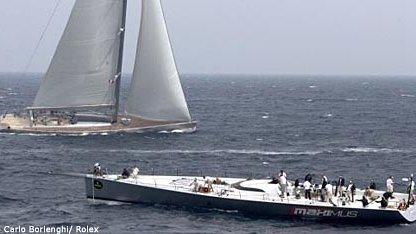 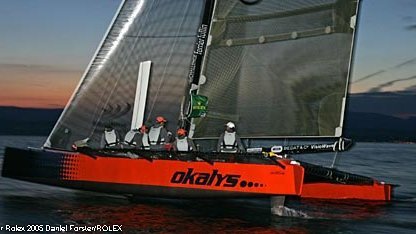