ROLEX YACHTSMAN AND YACHTSWOMAN OF THE YEAR 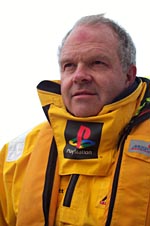 Photos : fossettchallenge.com and Dan Nerney
Steve Fossett, age 57, of Chicago, Ill., and Cory Sertl, age 42, of Rochester, N.Y., today were named 2001 Rolex Yachtsman and Yachtswoman of the Year, respectively. A panel of sailing journalists selected the two accomplished sailors for this year’s distinction from a short list of six nominees for the Rolex Yachtsman and five nominees for the Rolex Yachtswoman. Established in 1961 by US SAILING and sponsored by Rolex Watch, U.S.A. since 1980, the Rolex Yachtsman and Yachtswoman of the Year Awards recognize outstanding on-the-water achievement in the calendar year just concluded. The winners will be honored at a luncheon and press conference at the New York Yacht Club in New York City on February 15, where they will be presented with Rolex timepieces.

Accomplished sailor and celebrated adventure sportsman Steve Fossett was recognized for shattering not one, but five speed sailing records aboard his 125-foot catamaran PlayStation. The records are for the fastest times sailing from Miami to New York ; across the Atlantic ; around England’s Isle of Wight ; and across the English Channel. While shattering the TransAtlantic record Record #sailingrecord , Fossett also posted the fastest time for distance covered in a 24-hour period.

"I’m a happy, happy guy," said Fossett. "It is very gratifying to be recognized by my peers in the sport, especially for the kind of sailing I do. Normally sailors measure themselves against others in boats of the same class. My goal is also to be the fastest. Even when in a race, I focus on setting the race record Record #sailingrecord as well as winning my class." The panel members were most impressed by Fossett’s successful attempt in October to better the west to east TransAtlantic record (Ambrose Light Tower off New York to Lizard Point off Cornwall, England), considered by sailors around the world to be the Holy Grail of distance sailing.

One panelist noted that Fossett "didn’t just nick the record, he obliterated it," shaving off almost two days to post a new benchmark of four days, 17 hours, 28 minutes and six seconds. To smash the 24-hour record, he covered an astounding 687.17 nautical miles (790.2 statute miles) at an average speed of 28.63 knots.

"The TransAtlantic record is far and away the most important to me," said Fossett.

"There have been 24 attempts in 11 years to break it, and three of those were made by me. The second is the 24-hour record, since it defines who has sailed the fastest in an ocean, anywhere in the world, any time."

For the ability to achieve so much in a single year, Fossett credited his dedicated crew and being at the top of the learning curve for making PlayStation stronger against the tremendous loads put upon it. The panel was quick to point out that Fossett, not only the visionary for his team but also its leader both on and off the water, achieved victory on many different levels, including design, construction, weather routing, boat handling and speed.

Fossett, who has been sailing only since 1993, holds a total of 18 world sailing and race records. Legendary for his ability to achieve seemingly impossible feats, he also holds nine world records in jet airplanes and balloons. His six attempts to make the First Solo balloon flight around the world have set many records and attracted international media attention. Piloting his Citation X jet, he has set Round the World as well as transcontinental airplane records for Australia and North America.

Additionally, Fossett has completed premier endurance sporting events including the legendary Iditarod, Ironman Triathlon and the English Channel Swim. He also has raced international sports cars at the 24 Hours of Le Mans and the Rolex 24 at Daytona. 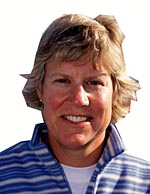 Cory Sertl, who also is the 1995 Rolex Yachtswoman of the Year, was cited by the panel for her versatility in two disciplines : fleet racing and one-on-one match racing. She also showed prowess both as a skipper and a crew at several different regattas throughout the year.

"The last time I won this award," said Sertl, "it wasn’t for winning a lot of regattas so much as it was for consistently doing well. This time around, it’s more satisfying having won some regattas that I’m really proud of."

High on Sertl’s achievement list was her victory at the Rolex International Women’s Keelboat Championship held in September. The biennial event, which Sertl had been trying to win as a skipper ever since she crewed to win the inaugural event in 1985, is considered the pinnacle of women’s international fleet racing. With the 2001 regatta having incorporated a move to Annapolis, Md., from Newport, R.I., and a switch from J/24 sailboats to the J/22, it attracted more high-caliber sailors than ever. Victory, and winning four of 10 races against a record 60 teams, was especially sweet for Sertl, who sailed with two long-time friends and Rolex Yachtswomen of the Year—Pease Glaser (’00) of Long Beach, Calif., and Susan Taylor (’87) of Annapolis, Md. Another friend, Dina Kowalyshn of Annapolis, also crewed for Sertl.

"I’ve got to give a lot of credit to the people with whom I sailed," said Sertl, who also won the prestigious BOAT U.S. Santa Maria Cup match racing event, again with Glaser crewing as well as Jody Swanson of Buffalo N.Y. (the 1989 Rolex Yachtswoman of the Year) and Suzy Leech of Avon, Conn. "A lot of things just came together. That’s when everything is easy."

Sertl, a 1988 Olympian, says that her "dabbling" in the new Olympic Yngling class throughout 2001 was part of a "cautious" goal of working toward the 2004 Olympics in Greece. In fact, it was her performance in that class, including a second at the 2001 Yngling North Americans as crew for Swanson, that further impressed the panel of judges. (Glaser served as the third crew member.)

"It shows another dimension to her talent, that Cory can be a winning crew as well as a winning skipper," said one panel member.

This year, the Swanson/Sertl/Glaser Yngling team plans to compete in all of the US Sailing Team clinics and ranking regattas and will sail in the Yngling World Championships in Switzerland this summer.

Sertl is known for her tireless dedication to promoting sailing. A past board member of US SAILING and its Olympic Sailing Committee, she has been instrumental in the development of the nationwide Junior Olympic Sailing program. She currently serves on US SAILING’s Women’s Sailing Committee and is a member of that organization’s delegation to the International Sailing Federation (ISAF). Additionally, she sits on the ISAF Council as an elected women’s sailing representative and coaches high school sailing at Rochester Yacht Club, where she is a member.

Sertl works with her husband Mark in a family-owned real estate development and management company. Her two children, Nicholas and Katja, are ages five and seven, respectively.