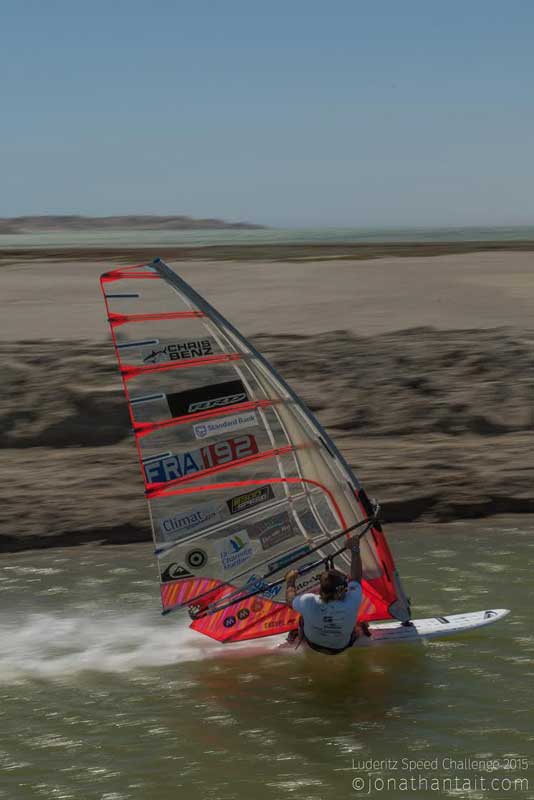 The forecast was very good to train, at the start of Race Day on Friday, and then with stronger winds averaging 30-35 knots with much stronger gusts up to 55 knots revealing rough conditions on Saturday. Then, Sunday has not been as strong as predicted (only 30 kts average when the forecast was showing 40). One race day has been achieved as the conditions have been moderate for Lüderitz.

Monday the 2nd, shows some good winds and the World record is the ultimate objective !

Karin Jaggi smashed her Swiss record no less than 5 times : starting with 42.5 kts up to 44.92 kts (was 41.25 kts before her 1st participation at the Lüderitz Speed Challenge). She is now just 0.91 kts short of the Female World Record in Windsurfing !

Croatian Record Holder Boris Vujasinovic (who resides in the USA) improved his country’s national record 3 times, first with 46.66 kts and then 46.84kts and finally achieved 47.37 kts (was 46.51 kts)

Christian Maillet (France) has achieved 41.67 kts improving 3 times his Personal Best for his 1st participation at the Lüderitz Speed Challenge ​

We see some riders leaving today whilst other well-known riders join the event :

This highly exciting week has pushed performance levels to a high standard and Week 5 performances depend on forthcoming winds ! 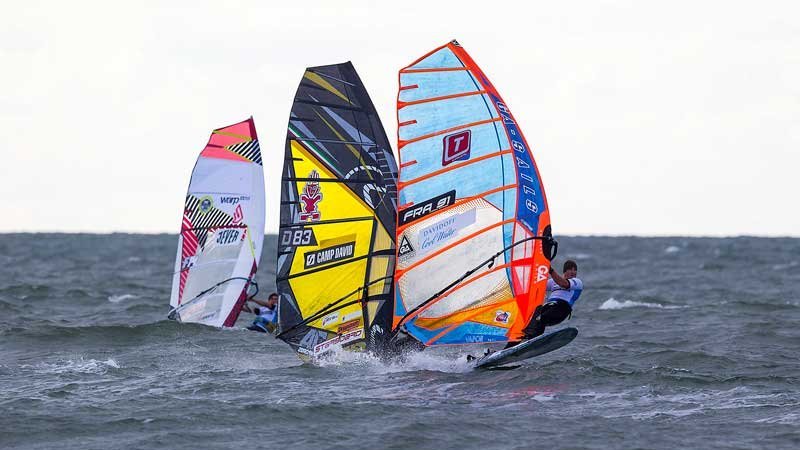