Bob Oatley’s Wild Oats XI has done it again, and in claiming Rolex Sydney Hobart Yacht Race line honours for an eighth time at 15.03.26 hours today, in the time of two days two hours three minutes and 26 seconds, goes down in the race’s 70 year history as the only yacht to ever achieve this amazing feat.

Wild Oats XI has outdone the efforts of Morna/Kurrewa IV, the holder of seven line honours titles during the 1950’s and her last in 1960.

After a revealing start in which Comanche left the rest of the fleet in its wake, Mark Richards and his crew persevered to the end, Comanche chasing her and narrowing the gap to 10 nautical miles at Tasman Island, as Ken Read and the crew on the American yacht owned by Jim Clark and Kristy Hinze Clark did all they could to overtake the Mark Richards skippered Wild Oats XI.

At 2.10pm, an announcement over the loudspeaker in Hobart alerted locals that Wild Oats XI was in the River Derwent, the crowds gathering quickly to greet the nine year-old yacht that has proved almost infallible, even to the brand new American raider in the Cruising Yacht Club of Australia’s 628 nautical mile race.

A riveting Sydney Harbour start to the race as Wild Oats XI chased Comanche, to an equally riveting finish where the roles were reversed as Mark ‘Ricko’ Richards and crew went into overdrive in the light airs of Bass Strait and overtook their quarry.

Despite reports of soft winds, Wild Oats XI made good time up the Derwent, her spinnaker full and boat speed between 12 and 16 knots, while Comanche was averaging 14-15 knots. Richards looked remarkably calm at the helm, he and the crew smiling and waving to the incredible spectator fleet, including the usually gruff Iain Murray.

A couple of gybes later, just prior to 3pm, the spinnaker was dropped as “The Oats” two-sail reached towards the Castray Esplanade finish line, throwing in three more gybes before crossing the line four hours inside the 2 days 6hrs 6mins 27secs of last year, but well outside her 2012 race record Record #sailingrecord of one day 18hrs 23mins 12secs.

Richards was all smiles as CYCA commodore John Cameron handed him the champagne and presented him with the J.H. Illingworth trophy. All thoughts of the start when he remarked “look at that thing go,” were forgotten.

“The boys did a wonderful job in overcoming Comanche which led for the first night. I can’t believe I’m standing here today,” Richards said.

“To win a Hobart is a great honour, but to win line honours for an eighth time – I’m so proud.”

You can’t deny the class of the Oatley boat. Even the purported ‘fastest super maxi in the world’, Rambler/Perpetual Loyal could not overcome her rival last year. Sadly, Anthony Bell’s yacht suffered hull damage and retired yesterday.

Bob Oatley was effusive dockside as his yacht was brought to the dock by the Royal Yacht Club of Tasmania escort vessel :

And Ken Read and his crew on the new ‘aircraft carrier’, dubbed so because two of Wild Oats’ narrow stern could fit inside that of Comanche’s, found the same problem, unable to recover the ground it had lost in Bass Strait.

“Wild Oats and Mark Richards ran one hell of a race and it’s a really excellent boat. Disappointed we got stuck in that high pressure system, but they managed to sneak through it. And you’ve got to give them credit, that’s the nature of that boat, they’ve got the balance.

Will he bring Comanche back to the race ?

“We’ll see if we’re back next year, not sure. We have a lot of big plans and I just don’t know whether we’ll make it back or not, we’ll have talk to the crew and see what they think.”

On board Wild Oats XI, Steve Jarvin, who works the main traveller on the yacht, was celebrating a record Record #sailingrecord 13th line honours victory. They include the two treble wins scored by Bob Oatley’s yacht in 2005 and 2014 respectively. He was perhaps also reflecting on his son Seve, racing in competition to him aboard Perpetual Loyal, not making the finish line. 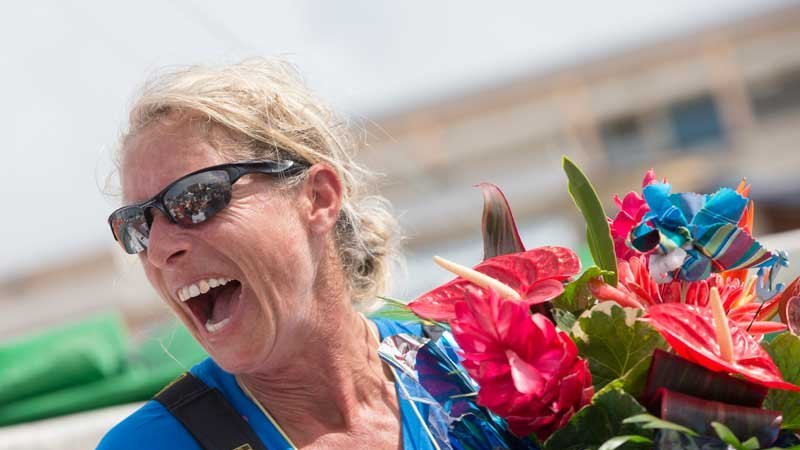 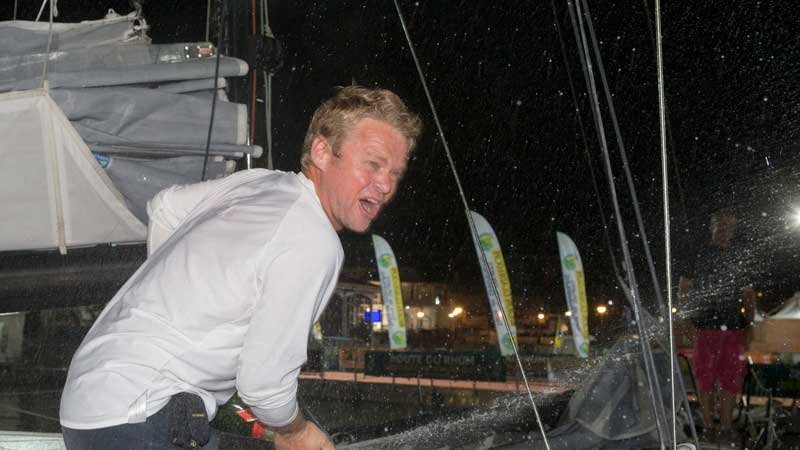