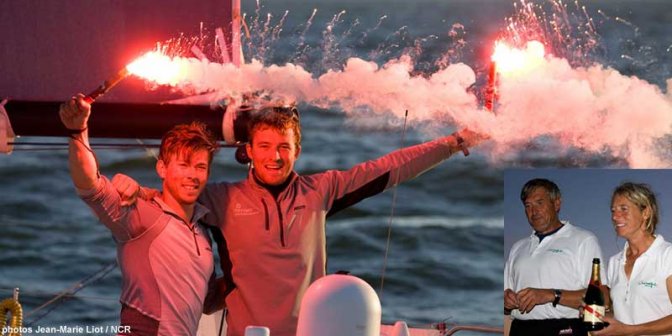 The young British sailors, Ned Collier-Wakefield and Sam Goodchild secured the win in the 3rd edition of the Normandy Channel Race this Saturday evening at 1737 UTC off Ouistreham aboard their Class 40 Concise. Ultimately they completed the course just 10 minutes and 20 seconds ahead of the driving forces of the event, the Norman-English duo, Halvard Mabire-Miranda Merron on Campagne de France. This rounded off an intense week and nearly 1,000 miles of close-contact racing across the English Channel, along the coast of Dorset, Devon and Cornwall, Ireland, Brittany and Normandy. The Normandy Channel Race crowns two rising talents from British sailing, who surely had this win coming. Recent winners of the Transat The Transat #thetransat #ostar Quebec – Saint Malo, Halvard Mabire and his partner Miranda Merron proved to be trailblazers yet again and showed, right up to the last bitterly-contested miles where they slipped to second place, that they are the great specialists in the class.

Ned Collier-Wakefield : “It was great ! It’s one of the best races I’ve ever competed in. There were so many spectacular landmarks, combined with a lot of upwind points of sail, but we really had fun. Thanks to Halvard and Miranda for making the race so thrilling. We just wanted to do our best and a place in the Top 5 would have already been fantastic. We’d never have thought that we’d snatch the win. We constantly sailed within contact of the others and the finale was magnificent ! We’ll be back for more next year, that’s for sure ! Last night we had to kedge in the calm conditions, but we made the most of it to get some sleep…”

Sam Goodchild : “We really enjoyed ourselves. The duel with Halvard and Miranda was very intense. They’re very fast and we really had to battle to stay in contact. 6 days of contact in fact ! We didn’t think we’d be able to get past them. 4 hours before the end of the race, we still didn’t believe we could win ! Ultimately we got lucky enough to overtake them this morning after Cap de la Hague. We snapped up that opportunity with both hands and here we are ! This race is fabulous ! It’s the best, really the best I’ve ever competed in, with strong opposition, a very good boat and a double-handed configuration…”

Halvard Mabire : “I’d rated Concise 2 among the dangerous boats prior to the start and I wasn’t mistaken in my forecast. We made the mistake of following them whilst preceding them ! We’ve learnt loads of things in this race. It’s always enjoyable to be at the front. We’re now awaiting an edition of the Normandy Channel Race where the wind is in the right direction with the good visibility that coloured this year’s event. I can better understand now why the Normandy Channel Race is written with a Y here. Three Britons are among the top two Class 40s in the overall standing”.

Miranda Merron : “Second is superb. The line-up was a really high standard with some very fine sailors at the start. We lost the lead at Land’s End on opting to cover Concise 2. Marking a team is too risky over a race spanning nearly 1,000 miles”.

Manfred Ramspacher, Event Organiser : “Something special happened this year. It’s a turning point in the development of the event. We enjoyed big crowds during the parade between Caen and Ouistreham. In fact it was reminiscent of a little Vendée Globe ! It also confirms the relevance of the Normandy Channel Race, particularly in terms of its sporting credibility. It was a thrilling battle to track and we’ll be back for more of the same in April 2013… Thank you to the local organisations for their commitment. Congratulations to Concise 2 and Campagne de France, Ned Collier-Wakefield and Sam Goodchild, Halvard Mabire and Miranda Merron. We look forward to the next arrivals…”

The British duo, Ned Collier-Wakefield, 24 and Sam Goodchild, 22, took control of the Normandy Channel Race last night as they made their way along the Norman coastline in the powerful current, forced to punch the tide. Their impressive duel with the Franco-British duo made up of Halvard Mabire and Miranda Merron was in action pretty much all the way back from Tuskar Rock in Ireland. Concise 2 put up a stunning performance. From beginning to end, the young English guns were up with the action, whether it be at the race start, on Sunday 2 September, in the light airs that dictated the Channel crossing, in the current of the Solent, along the South coast of England, during the climb up to Tuskar Rock, the drop down to the Channel Islands or finally, the sprint for home. Ned and Sam had the bit between their teeth the whole way, driving their Akilaria RC2 with a great deal of intelligence. This is one of their first major victories. The duo had already stood out during the Transat Jacques Vabre 2011 with a blinder of a start to the race, which sadly ended in retirement at the Azores.

Sam Goodchild, a British-born Grenadian, this year secured a creditable 12th place in the Transat AG2R and 24th in the Solitaire du Figaro aboard the Figaro Bénéteau Artémis. He lived on his family’s boat for 15 years prior to that. Meantime, Ned Collier-Wakefield, the skipper of Concise 2, is one of the pillars of Team Concise. An architectural student, the young Londoner already boasts a wealth of experience in the Class 40 and won the World Championship in the discipline in 2009. 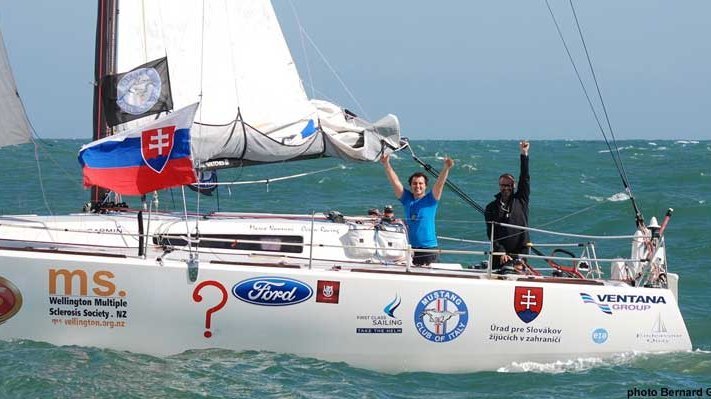 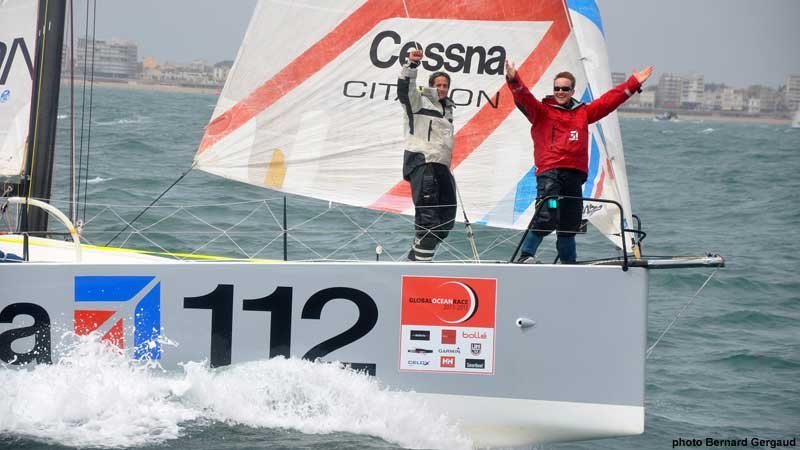 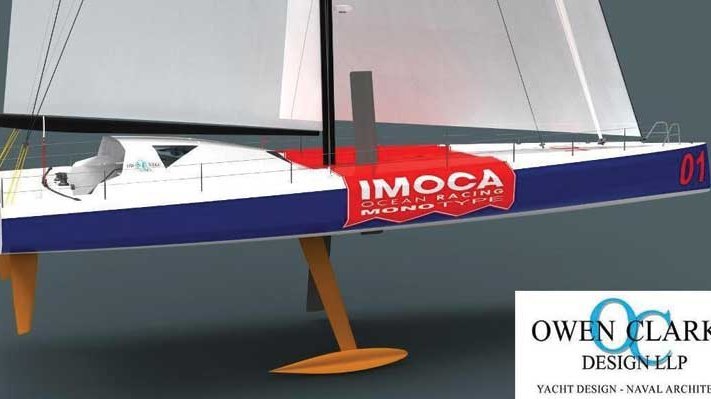 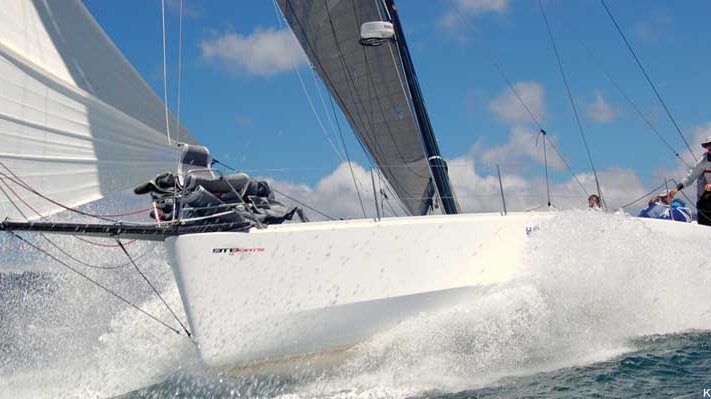