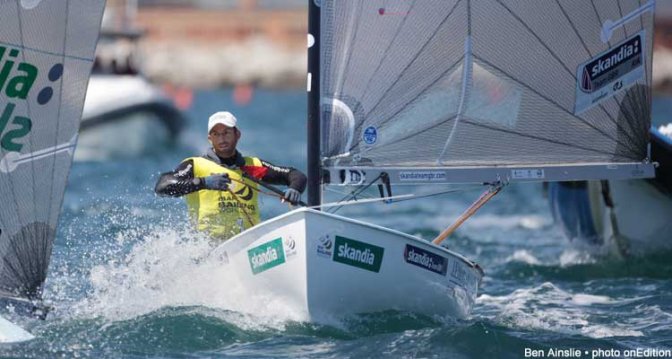 ‘Tougher competition than the Olympics Olympics #olympicsailing ’ was Ben Ainslie’s summary of Skandia Sail for Gold 2011. It was medal race day and the tension could be felt throughout the boat park as the elite of each Olympic discipline prepared to be tested. There was so much on the line – possible Olympic selection, ISAF World Cup points, the regatta result and of course a hefty dose of pride. 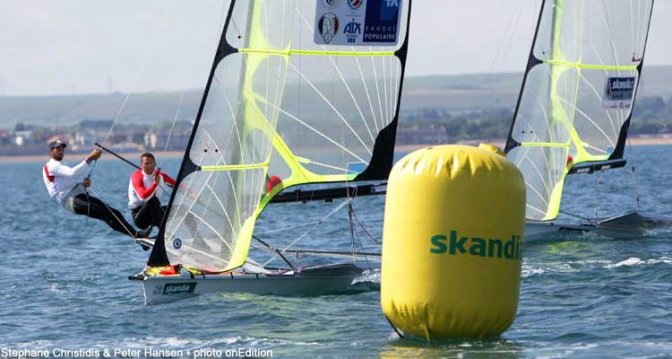 Five hours later and spectators had been treated to some stunning racing, topped off when Ainslie clinically dispatched another rival to take gold. Ainslie’s win sealed Britain’s place as the top nation sailing nation at the 2012 Olympic venue. Australia was the only country that could match the home team’s gold medal tally across 13 Olympic and Paralympic classes.

It was the Women’s Match Racing that got going first, and Sally Barkow, Elizabeth Kratizig-Burnham and Alana O’Reilly (USA) recovered the form that took them so smoothly through the early rounds. The Americans took the bronze medal from Claire Leroy, Elodie Bertrand and Marie Riou (FRA) with a 2-0 sweep. It was not much different in the final, where Barkow’s compatriots, Anna Tunnicliffe, Molly Vendemoer and Debbie Capozzi swept imperiously past current World Champions, Lucy Macgregor, Annie Lush and Kate Macgregor (GBR). Tunnicliffe and her team took the gold medal without the loss of a single race. It left the Brits with silver, sandwiched between the two Americans in gold and bronze.

The rest of the action got underway on the two medal race courses on Portland Harbour. First off was the Laser class, where the top three placed sailors could not be moved off the podium - it was just a question of what colour they would take home. Reigning Laser Olympic Champion Paul Goodison (GBR) had to finish one place ahead of Andrew Murdoch (NZL) to take the silver, and five places ahead of current World Champion Tom Slingsby (AUS) to take gold. Goodison got pushed out on to the unfavoured side of the first leg, and rounded the first mark in last place. Slingsby stayed in control throughout the race finishing second to Murdoch’s sixth. Goodison could do no better than ninth – and so it was gold for Slingsby, silver for Murdoch and bronze for Goodison.

The 470 men were next off and by now the wind was up and gusting to 15 knots. It was a race for silver and gold between the French and Australian teams, Pierre Leboucher and Vincent Garos (FRA) holding a five point advantage from the reigning Olympic and World Champions, Mathew Belcher and Malcolm Page from Australia. The French pairing took hold of the race from the start gun, they led at the first mark and were never challenged. The Australians meanwhile were having a terrible time and eventually finished last – but it was still enough for silver. The bronze medal was a much closer affair and it was the Greek pairing of Panagiotis Mantis and Pavlos Kagialis that closed a four point gap to pass Gideon Kliger and Eran Sela from Israel – the latter only managing a ninth place. Athens and Beijing Olympic silver medallist Nick Rogers and his new crew, Chris Grube stepped up into fourth.

The Laser Radials were keen to get going, and a general recall brought the black flag out for the second attempt - a sure sign that race officials were anxious to keep things moving to the schedule. Marit Bouwmeester was never out of the top three throughout the race and never looked challenged for gold. She made absolutely certain of it with a strong final leg to win both the race and the gold medal. Behind Bouwmeester, Evi van Acker was making it hard to hold onto her silver medal, after rounding the first mark last. But the Belgian stormed back through the fleet to finish third and secure silver. Ireland’s young up and coming talent Annalise Murphy finished sixth, but that was enough to keep the bronze medal.

In the 470 women, New Zealanders Jo Aleh and Olivia Powrie had a 16 point lead that all but guaranteed them gold. They sailed a safe race to finish fifth and secured the medal. Behind them there was a tough battle for the other podium positions, with Camille Lecointre and Mathilde Geron (FRA), Hannah Mills and Saskia Clark (GBR), and Gil Cohen and Vered Bouskila (ISR) within 11 points of each other at the outset. Mills and Clarke secured the silver with a third place, leaving Lecointre and Geron with bronze after they could only manage an eighth. Cohen and Bouskila had an even worse day, finishing dead last and slipping to fifth.

If the Radials were keen to get going, then the 49ers were super-charged. A full five boats, fifty percent of the fleet were over the line at the start, including series leaders, Australians Nathan Outteridge and Iain Jenson. Two of the British boats were caught, John Pink and Rick Peacock, along with Paul Brotherton and Mark Asquith, and France’s Julien D’Ortoli and Noe Delpech – all of them returned and cleared the start line. The exception was Italy’s Sibello brothers, who didn’t return and were penalised – desperately unfortunate as they finished the race in second place. But Outteridge and Jensen demonstrated that they were the class act in Weymouth, recovering from their restart to secure gold by finishing second behind their teammates, Will and Sam Phillips. The result should now secure the top Aussies selection for 2012. The battle for the other medals was settled in favour of France’s Stephane Christidis and Peter Hansen, taking silver from Britain’s Stevie Morrison and Ben Rhodes in bronze.

The RS:X Women saw a storming performance from the bronze medallist in Beijing - Bryony Shaw. But Shaw hadn’t done enough earlier in the week for her medal race win to get her anywhere near the podium – finishing eighth overall - and the real battle was fought behind her. The gold was decided between Poland’s Zofia Klepacka and Spain’s Marina Alabau - on equal points heading into the medal race. It went to Alabau with a solid second behind Shaw, Klepacka only managing a sixth to end up with silver. The bronze went to Lee Korzits (ISR), who beat Maja Dziarnowska by the one place she required to get third – the pair were last and second to last!

The Star fleet all arrived at the first mark at the same time – and it took some cool manoeuvring from America’s Mark Mendelblatt to go around ahead, after coming into the medal race in a lowly tenth place. But all eyes were on Brazil’s Robert Scheidt and Bruno Prada and their contest with Sweden’s Fredrik Loof and Max Salminen. They started the day tied for the lead with 32 points each – but they weren’t up for the match race, electing to sail their own races. On the second windward leg they split sides after Loof trailed Scheidt in ninth place at the end of the first lap. Schedit didn’t cover Loof who went all the way to the left hand corner – too far, as it turned out. Loof overstood the third mark, Scheidt rounded in third and the gold medal was won, Loof forced to settle for silver despite a blistering final run. Italy’s Diego Negri and Enrico Voltolini held off a charge from Poland’s Mateusz Kusznierewicz and Dominik Zycki to take the bronze. Beijing Olympic Champions, Iain Percy and Andrew Simpson finished the medal race in second, but stayed in fifth place.

The penultimate race of the day was the RS:X Men - Spain’s Ivan Pastor jumped the gun, but it had no effect on the race as he started the day in tenth place. The medal battle belonged to Nick Dempsey (GBR) and Jp Tobin (NZL) – the pair fought each other all the way round the course, eventually leaving all but Nimrod Mashiah (ISR) in their wake. The points were so close it was a simple matter of winner takes all – and it was Dempsey who crossed the line just ahead of Tobin to take home gold. The Kiwi had to settle for silver, and Dorian van Rijsselberge secured bronze from the charging Israeli with a fourth place.

No one was expecting the Finn medal race – the last of the day - to be an anti-climax. And no one was disappointed. Only one man, Giles Scott (GBR) could take the gold medal from triple Olympic Champion, Ben Ainslie - who also happens to be the reigning World Match Racing Champion. There was always going to be fireworks and they started early, with the pair battling way behind the line as the others jostled to start. Ainslie came out in front and kept his foot on his younger rival’s throat all the way up the first leg, the pair still trailing the fleet, which was all that Ainslie really required with a 16 point overall lead. But then the unexpected happened... Scott blasted past Ainslie on the run.

The Olympic legend reversed the tables on the next windward leg to lead again at the final turning mark, only for Scott to do the same thing on the final run - despite some aggressive defending from Ainslie. But that one place was vital to Scott, who needed ninth to secure his silver medal from Ivan Kljakovic Gaspic (CRO) by a single point. A tremendous physical display of no-limits pumping saw Scott safely home for silver, with Kljakovic Gaspic taking bronze from medal race winner, and reigning World Champion, Ed Wright (GBR).

The final medal race had been everything that spectators had hoped for, and as the athletes sailed home and the medal tallies were counted, any locals that had ever doubted Skandia Team GBR’s strength on their home turf could relax. The nine medal total at the end of this regatta brings home the strength in depth of the performance, particularly when you note that those nine medals didn’t include anything from three classes in which the team medalled in 2008 in Beijing – the Star, RS:X Women and 470 Men. 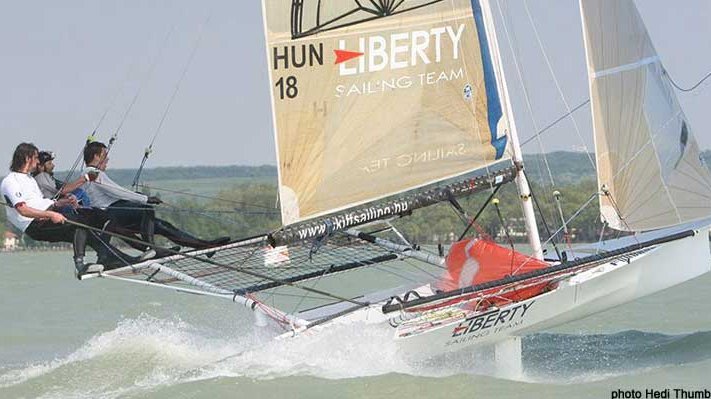 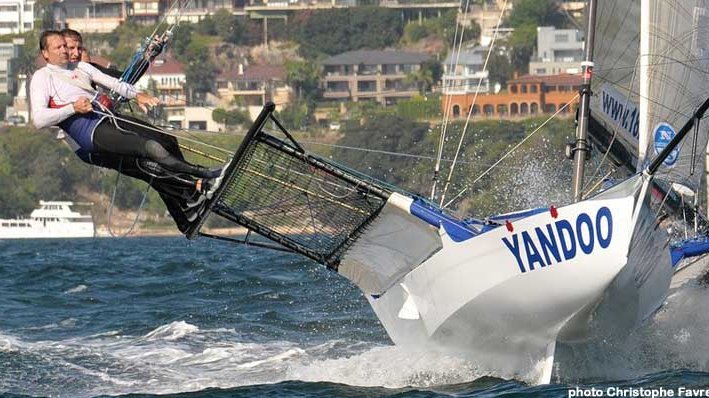 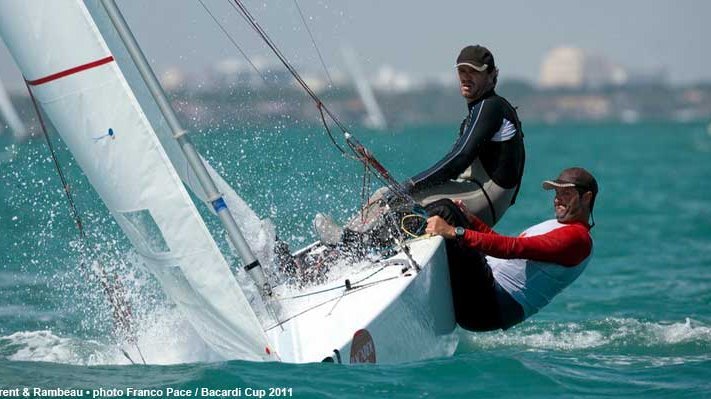 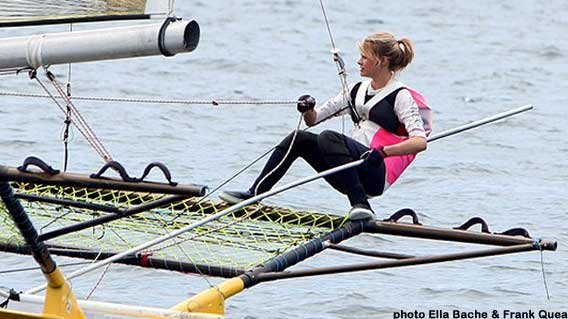