Thomas Coville : "I’ve passed so close to the Horn" 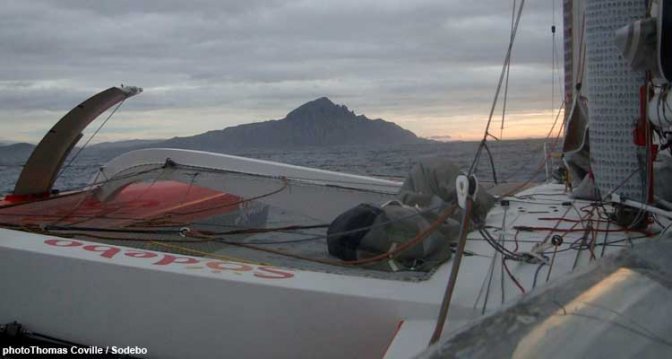 “It’s incredible. I’m rounding the Horn with you. I’m with Neutrogena (Editor’s note : one of the monohulls from the Barcelona World Race Barcelona World Race #barcelonaworldrace ) which is just 50 metres from me ! It’s the first time I’ve passed so close to the Horn. I’m 200 metres away”. It is exactly 1124 GMT, early morning at Cape Horn, as Thomas Coville announces mid audio link-up that he’s passing the longitude of Cape Horn live.

Just a few hours ago, the solo sailor was tackling a storm ; a real squall with 6 to 8 metre waves and wind gusting to 50 knots : “At times like that,” admitted Tom, “You feel very small I can tell you.” It was night and using his instinct alone, he put a third reef in the mainsail. “Nothing was forcing me to do it” he explains. Doubtless this is the survival instinct and experience that is kicking in above all else.

In fact you can hear the relief of the skipper who is leaving the hostile waters of the Pacific. “At times like that, you become amnesic. You forget your suffering and the very hard fought course where you’re always on a razor’s edge”.

And then thanks to the miracles of telecommunications, Thomas links up with Franck Cammas, he too at sea in the Bay of Biscay, training aboard his VOR 70. Together they remember the Cape Horn as it was when they rounded the headland on 4 March 2010, barely a year ago. They recall the climb up the Atlantic and the acceptable conditions that the skipper of Sodebo is likely to encounter, at the start at least “with some upwind conditions initially, weaving in and out to negotiate the zone of high pressure and hunt down the tradewinds”. And then the solo sailor pours out his feelings about sailing singlehanded, recognising that he often thinks about the experience of sailing as a 10 man crew aboard a multihull, and that he is sometimes regrets that he doesn’t have an extra pair of hands aboard to help him. “What I’m attempting belongs to the extreme element” he admits.

At that point he tells of a big flock of birds which are accompanying him like an indication of civilisation as he goes around “this rock ; a big rock with its hill and its pastures dropping right down to the sea like the bow of a boat”. Having just spent 38 days without seeing an ounce of land the skipper decides to “dedicate Cape Horn to all those who have a project in their head or in their heart,” advising them to “go for it even if it seems crazy.”

Concentrated for the past 38 days, or over 5 weeks, on the exceptional reference time achieved by Francis Joyon in 2008, the skipper of Sodebo is racking up the miles with extra-terrestrial consistency. Setting out from Brest Brest #brest on Saturday 29 January, Thomas Coville has already clocked up 19,186 miles, which he’s covered at an average speed of 21.03 knots. The solo sailor aboard Sodebo is rocketing across the oceans with a target average speed of 20 knots. He has 7,000 miles to go as the crow flies between the Horn and Brest Brest #brest . Working furiously to stay in the present, forcing himself to focus on his speed and “avoid getting annoyed by going over the same scenario over and over again”, he tries to stand up to the pressure of the clock which keeps on ticking. However, being a competitor at heart, he surely knows that he has 19 days, 13 hours, 16 minutes and 34 seconds ahead of him to beat the solo round the world record Record #sailingrecord which stands at 57 days, 13 hours, 34 minutes and 06 seconds.

When heading into battle with the Pacific, Tom set himself the objective of having a deficit of less than 1,000 miles at Cape Horn before taking on the climb up the Atlantic in psychologically more comfortable conditions than he had four years ago, where he had a deficit of 4 days. On crossing the longitude of Cape Horn today, Tuesday 8 March, he had a deficit of 687 miles in relation to Idec. As such he still has everything to play for. Francis Joyon had to slow down the other side of Cape Horn to repair his boat. Thomas’ boat is apparently in perfect condition with the exception of two mainsail battens which were snapped in a broach a few days ago. As regards the physical challenge represented by the 7,000 miles left to go, this doesn’t seen to be a concern for the skipper of Sodebo. 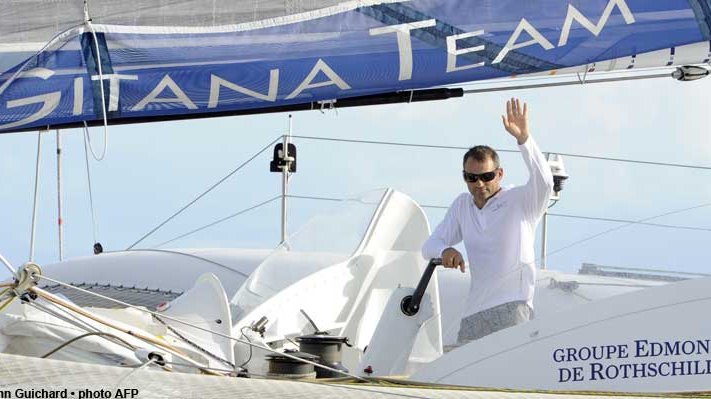 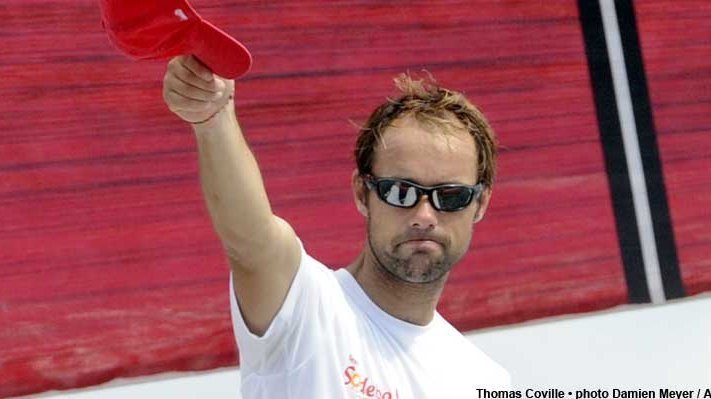 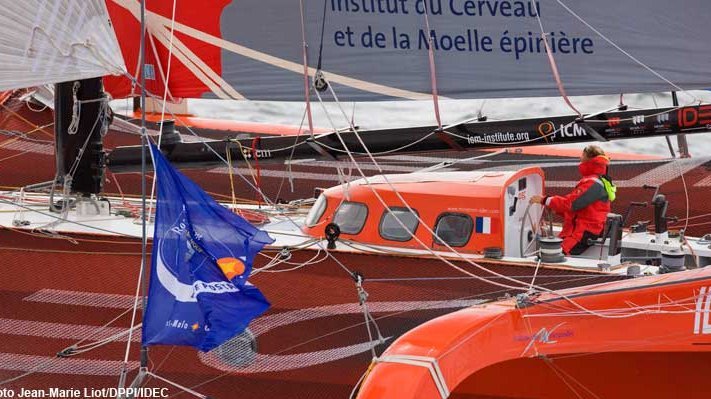 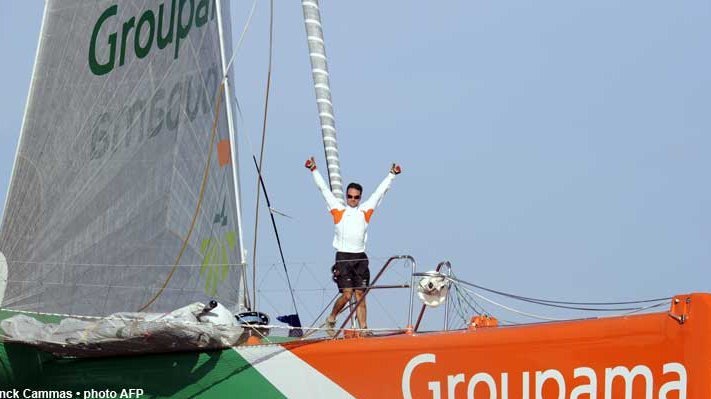