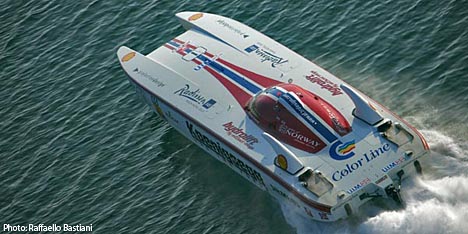 Today’s Dubai Grand Prix, the last round of a dramatic and highly charged Class 1 season produced one final nail biting twist as Curtis and Eker, needing to finish the event to secure the world crown, thought they had lost it when they suddenly lost power on the lap 11.

And as Victory 77 powered their way on to an emphatic start-to-finish success, Spirit limped agonizingly through the next three laps they needed to finish in order to complete 70% of the 18-lap, 90-nautical mile race and secure the vital points and the world crown. "We had only one thing on our minds, to win this race, and we got off to a great start and didn’t look back." said Victory’s throttleman Jean Marc Sanchez. "The plan was to go for it from the start. We had no option, nothing to lose and we wanted this win so badly."

Hugely relieved to have claimed his seventh Class 1 world title, Curtis admitted the engine failure had frightened him to death. "We knew we had to do three more laps with one engine and I thought my worst fears were coming true - I thought it had gone." said Curtis. "The plan was to take it easy and then suddenly we just lost drive. I didn’t want to stop to investigate incase we couldn’t get going at all. So I just nailed one throttle and dragged her round."

World champion for the first time, Eker said, "We didn’t plan to win it this way so it’s a little strange. But Steve and I never take anything for granted. You always know that anything can happen in this sport, and that’s the way it was today.

"This was really a year of learning for me because it’s my first season with the team, everything is new, and when we started I would have been happy to finish it with a place on the podium. But we had a big kick start to the season and in Norway and after that we started to focus more on the No.1 spot."

Finishing a disappointing seventh after experiencing stop-start engine problems, Sheikh Hassan Al Thani and Italian throttleman Matteo Nicolini in Qatar 96 took third place overall in the world championship to add to the European title they secured earlier in the season. "We had a good start and were in second position and going well for five laps before we had the engine problems. This last race was an experiment for us because we wanted to see how long the Mercury engines would last and we are learning about their strengths and their weaknesses." 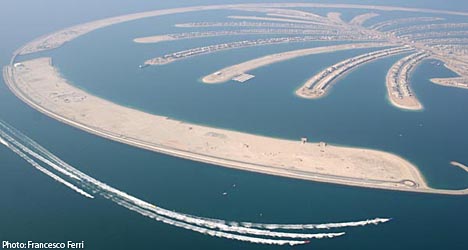 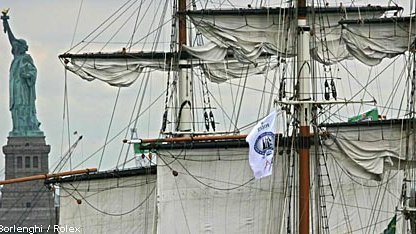