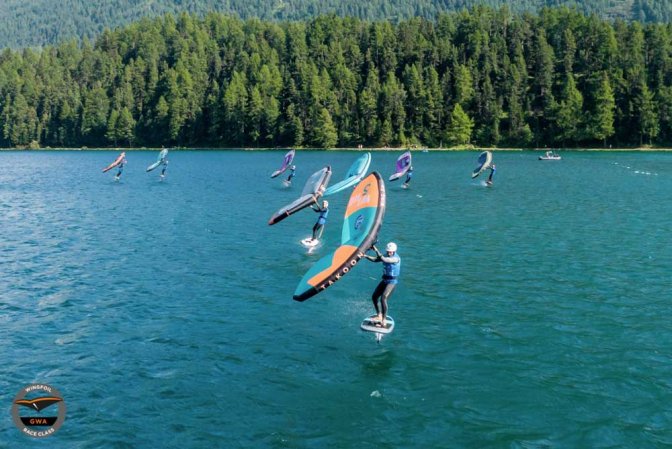 With the promise of finishing two more rounds, it was still all to play for on the last day of the GWA Wingfoil Wingfoil Race European Championship. In the morning, Lake St. Moritz greeted us with the usual reflection of its beautiful surroundings. This may well have gone unnoticed by our competitors however, who with the end of the event in sight, were getting amped up for some tight battles.

Around 3 o’clock, right after the iQFoil Exhibition finished, the buoys were repositioned and we picked up where we left off the evening before. This meant we went straight into the Men’s losers final of the third round. Unfortunately, the wind also picked up where we left off the day before, meaning it was up and down, causing many heats to be abandoned after riders were parked after the first jibe. The decision to move the first mark a bit further out proved to be a golden one, and the true beginning of the grand finale.

Up next was some exciting racing in tricky conditions, with serious patches in the upwind part of the course causing meaning strategy was just as important as pure skills. The pumping element added in the fourth round only added to the suspense, with the riders having to go all out on the final reach, pumping on their foils for their last finish line crossing.

When the dust of the racing had settled we even managed to squeeze in an expression session, giving those who still had some energy left the opportunity to shine one last time before the event was over. About twenty riders exchanged their high aspect foils with the more compact and manoeuvrable blades, showing the spectators and the camera crew how it’s done. We saw shifty frontside 3s, high jumps, raileys, some wingfoil Wingfoil dancing and even a backloop and rad 7 before the wind died off, leaving us all tired but content.

About an hour later the first-ever GWA Wingfoil Wingfoil Race European champions were crowned in the soft evening light of lake St. Moritz. All competitors gave an incredible performance at this event, making history with each heat they showed up for.

Stand Up Paddle : Connor Baxter is crowned 2014 World Champion after an epic year of racing 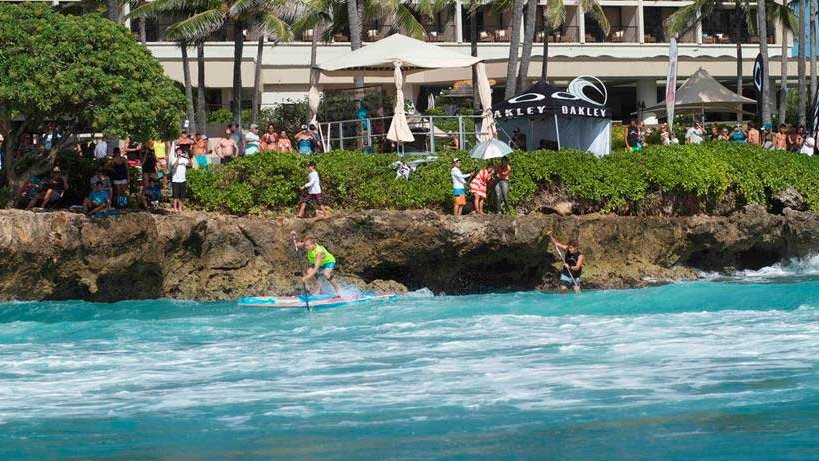 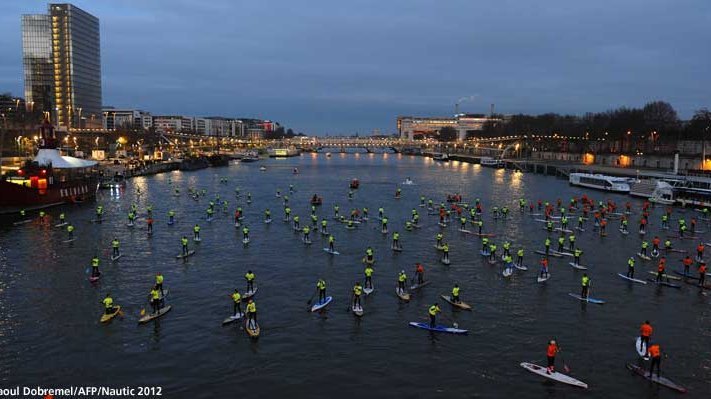